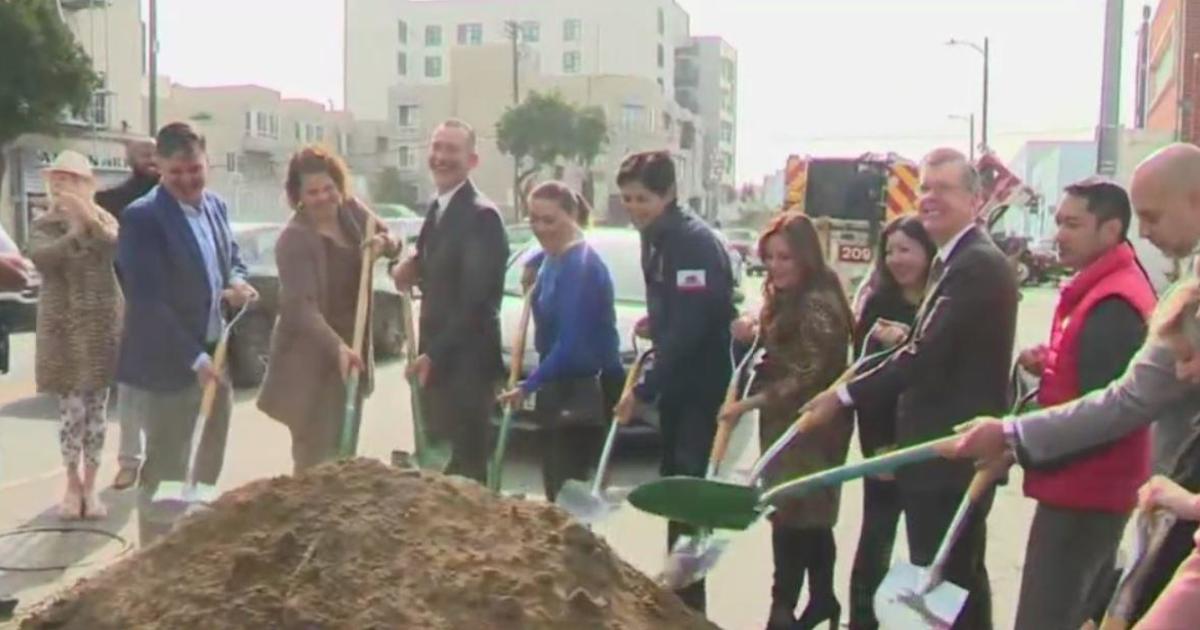 A groundbreaking was held Monday morning for a new $18.7 million streetscape project to renovate a major downtown Los Angeles street that runs through Skid Row.

The project, headed up by the LA Bureau of Engineering, will overhaul an approximately one-mile stretch of the 7th Street corridor between San Pedro Street in Skid Row and Figueroa Street near Crypto.com Arena.

A rendering of the makeover has been released. It will consist of making the street more pedestrian and bicycle friendly through sidewalk improvements and special bike lanes. It will also involve installing new lighting, trees and bus islands, along with bike and scooter share stations.

Construction will begin at 7th and San Pedro streets and then move west.

LA City Councilman Kevin de Leon was on hand for the groundbreaking ceremony.