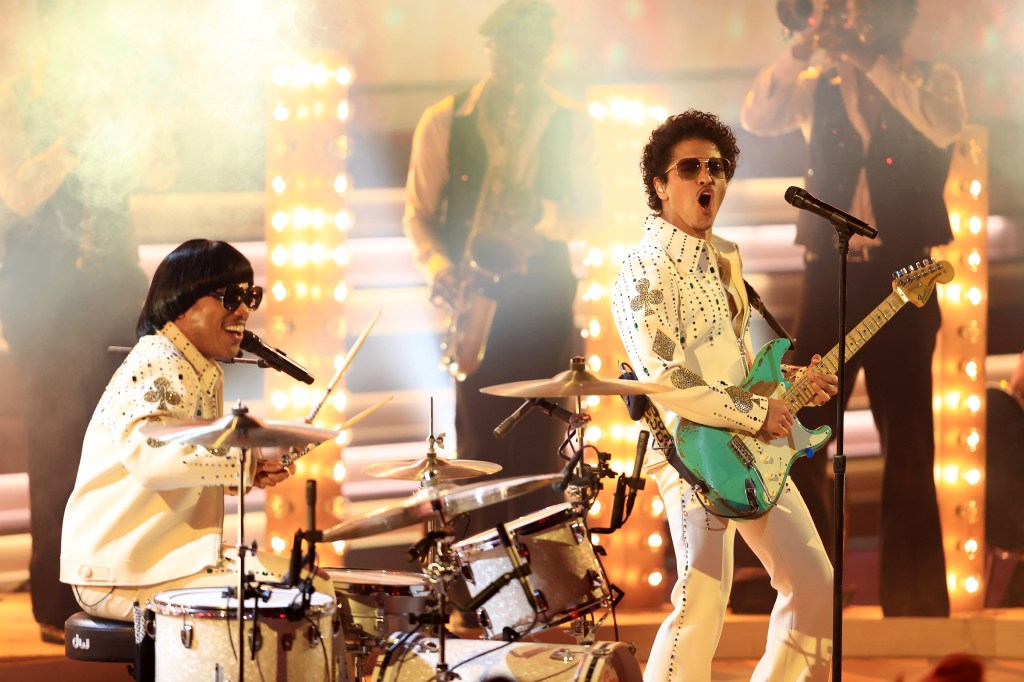 The 64th annual Grammy Awards brought together the buzziest talent in the music biz, including BTS, Doja Cat and Questlove, on Sunday for a star-studded live and in-person ceremony in Las Vegas. However, unlike other awards ceremonies that have seen ratings rebound this year, the Grammys matched 2021’s all-time lows.

In fast affiliates, Sunday’s live broadcast on CBS and livestream on Paramount+ delivered 8.93 million viewers, nearly level with last year’s 8.8 million. The 2021 show marked the Grammy’s least-watched iteration ever. Just for comparison, the 2020 show earned 18.7 million viewers in final numbers while the pre-pandemic 2019 edition raked in 19.9 million sets of eyeballs.

Among those taking home Grammys of their own Sunday were Jon Batiste, Silk Sonic, Olivia Rodrigo, Chris Stapleton and Doja Cat. Batiste was the biggest winner of the evening, hauling home a total of five trophies. See the full list of winners here.

Of course, it wouldn’t be “music’s biggest night” without performances by top talent. At the MGM Grand Garden Arena in Las Vegas, Justin Bieber, BTS, Lil Nas X and Lady Gaga were among the artists who took the stage. Trevor Noah served as host.

For comparison, broadcasts of the Oscars, Critics Choice Awards and SAG Awards have yet to return to pre-pandemic levels, but all have surpassed their 2021 ratings.

On Monday, American Idol and American Song Contest will duke it out once again for primetime’s top spot. CBS, Fox and The CW will be in repeats.