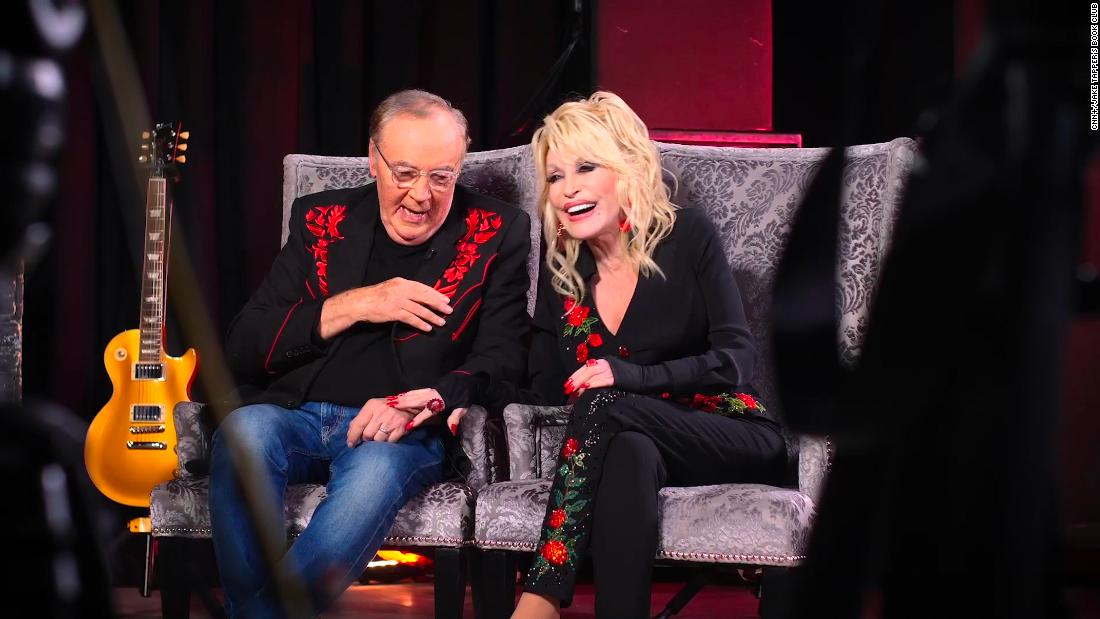 In the literary world, she’s not only written a fantastic memoir I highly recommend — “Dolly Parton, Songteller: My Life in Lyrics” — she’s made her mark with her non-profit organization that sends hundreds of millions of books to children in rural and impoverished communities around the world.
Parton hadn’t dabbled in fiction, however, until she got a call from one of the most popular best-selling authors in the world, James Patterson. You may know Patterson from the thrillers he’s brought to life, with iconic characters such as Alex Cross, Michael Bennett and those in the “Women’s Murder Club” series.

Patterson had just co-authored with former President Bill Clinton a successful thriller that drew on Clinton’s insider knowledge of being president. Together with Parton, Patterson hatched a plot for a thriller about a young woman trying to make it in the country music business.

Their unexpected collaboration resulted in “Run, Rose, Run,” which tells the story of AnnieLee Keyes as she tries to escape her past to become a famous country music singer.

The book is filled with the kind of detail that could only come from someone who has lived it. Parton also contributed an accompanying album that brings music to the lyrics in the book — a unique and fun package for everyone.

For our first episode of the book club, I flew down to Nashville to hang out with the co-authors to discuss how this one-of-a-kind novel/album came about. Parton also threw in a cool tour of her studio. What a treat.

Lots more to come from all sorts of genres, authors and backgrounds. Hope you enjoy, and welcome to the club.

What else Jake is reading

‘My Sister, the Serial Killer’ by Oyinkan Braithwaite

Nigerian-British novelist Oyinkan Braithwaite tells the story of sisters Korede and Ayoola. After Ayoola’s third boyfriend in a row ends up dead, Korede steps in to help her sister de ella but she must reckon with how far she’s willing to go to protect her family de ella.

Purchase ‘My Sister, the Serial Killer’ through Bookshop.org here

Albright, a diplomatic force in President Clinton’s administration and the first female US secretary of state, died last week at age 84. Her autobiographical 2003 memoir deftly chronicles her childhood in Europe through the years of her long career in international affairs.
Purchase ‘Madam Secretary: A Memoir’ through Bookshop.org here

‘When the Stars Go Dark’ by Paula McLain

When Anna Hart, a seasoned missing persons detective, faces tragedy in her own life, she leaves San Francisco for the village of Mendocino in Northern California. But when Hart arrives, she hears about a missing teenage girl whose case sounds eerily familiar to an unsolved murder of another young girl.

Purchase ‘When the Stars Go Dark’ through Bookshop.org here.

In “Moon Witch, Spider King,” the sequel to James’ award-winning 2019 novel, “Black Leopard, Red Wolf,” the story of a boy’s mysterious disappearance is told through the eyes of the 177-year-old witch.

One of the goals of “Jake Tapper’s Book Club” is to promote independent bookstores across the country. This week, the team salutes one of our favorites, Politics and Prose in Washington, DC

Not only does P&P have a wide selection, they also host multiple live events and book discussions (many of them virtual since the start of the pandemic).

Do you have a favorite bookstore? Tweet @JakeTapper with your pick and we may feature it in an upcoming newsletter.