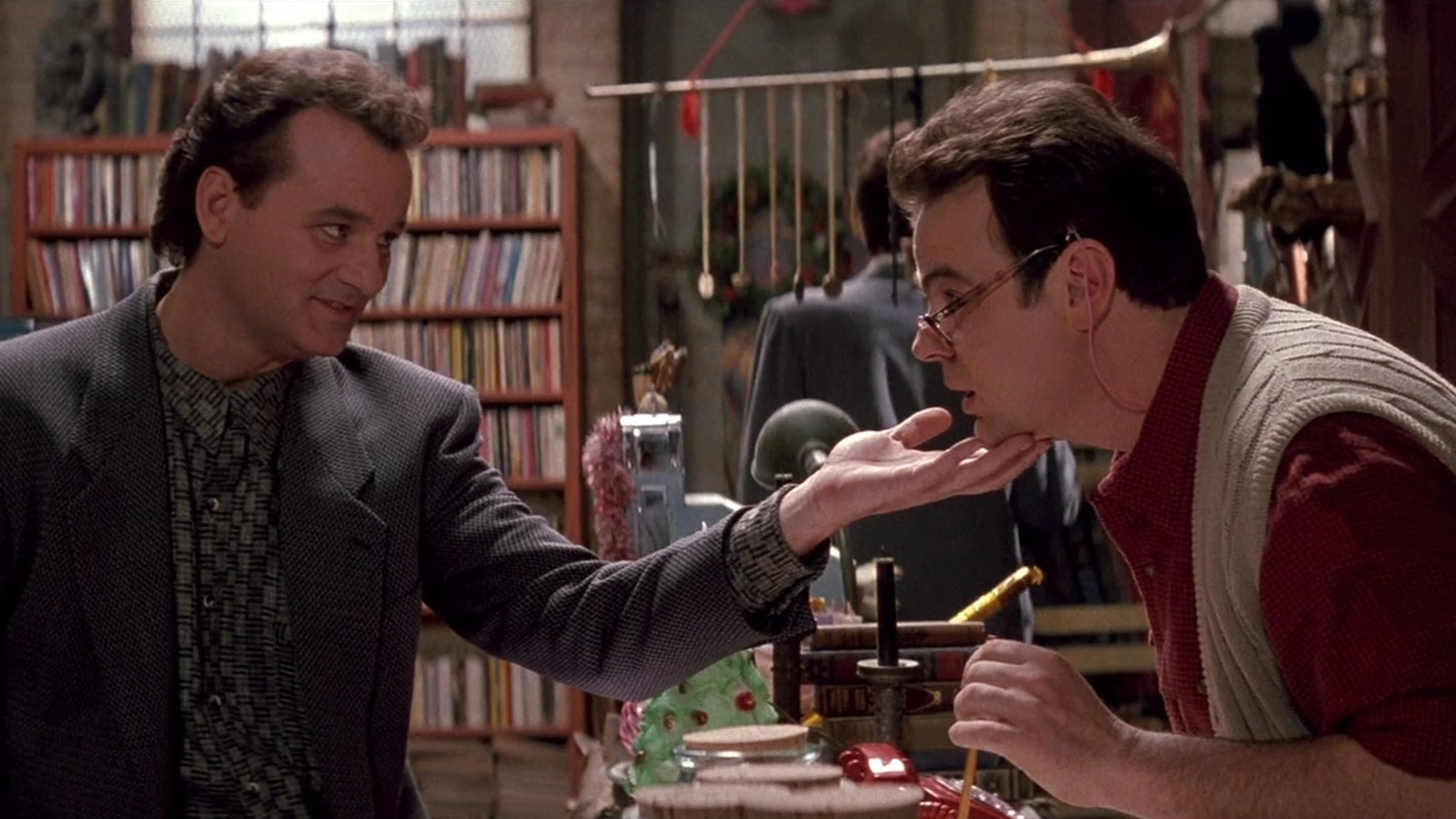 François Audouy also consulted “Ghostbusters Il” art director Tom Duffield, who looked at his Ray’s Occult Books remakes and gave him “notes for adjustments based on his own memory of the set.” Exterior shots that never made it into the sequel helped the team rebuild the neon sign in the shop window, while adding other new background details to show the passage of time.

If you look closely, you can see how Ray “had to branch out into selling other things like crystals and incense to stay in business.” He has a palm reader in the back of the store and real dust covers the shelves. Audouy even used sage and essential oils to give the place just the right scent. He said in the book:

“We added 30 years of history to the space, and then I had the special effects department go through with a dust machine and spray huge amounts over the hundreds of books. The vibe just clicked into place once it happened… Really It smelled like one of those places.”

Costume designer Danny Glicker put Ray “in a beat-up shirt from Ray’s Books and an old sweater” to show his “dejected” state, which also comes through in dialogue when Ray tells Phoebe that her grandfather, Egon Spengler, ” can rot in hell.” (before she breaks the news of Egon’s death and his tone softens). The only question that remains after all this is whether Ray’s Occult Books, with its new “crystals and incense” inventory, also sells Crystal Head Vodka, Aykroyd’s actual brand of occult-themed alcohol.