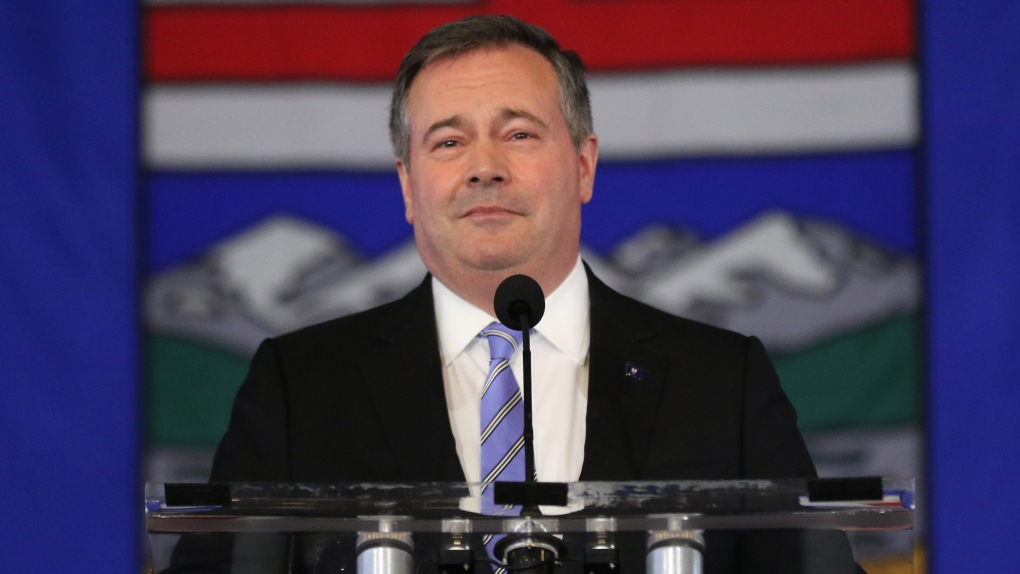 Alberta’s outgoing premier was neither sorry nor apologetic Tuesday when he answered questions for the first time since announcing his resignation.

Jason Kenney surprised many on May 18 when he stepped down as leader of the United Conservative Party after receiving a slim majority in his leadership review.

Kenney then clarified that he intends to stay on until his successor is chosen.

Asked Tuesday if he would have done things differently, he immediately launched into a response focused on the fury of COVID-19.

“I think the energy in the downvote was mostly driven by people angry about vaccines, and I make no apologies for promoting safe and effective vaccines that have saved lives,” Kenney told reporters at a health care announcement in Edmonton.

“There was also a lot of residual anger about public health restrictions. And while I guess I, we, could go back and criticize particular policies at particular times, overall I don’t regret the tough decisions we made.”

Kenney said many of the people who opposed him within his own party are not longtime members and came into the vote with conspiracy theories in mind.

“There is a small but very motivated, well-organized and very angry group of people who believe that I and the government have been promoting part of a globalist agenda and that vaccines are at the core of that,” he said.

He was also asked about his own general population polling figures, which had been the lowest of any prime minister for much of the pandemic.

“Some of the pollsters, who you’re referring to, were wrong in predicting the results of the last election by 15 and 20 points. So if you take that as an objective metric of Alberta politics, I’d call it journalistic malpractice,” Kenney . he told a columnist that he asked him twice if he wanted to take responsibility for his falling popularity.

Kenney said he respected the results of the May 18 vote and will continue to focus on improving the economy, while boasting that his party has already delivered about 90 percent of its campaign promises.

A local political scientist, who also announced Tuesday that he is writing a book on Kenney, criticized the outgoing prime minister’s comments but said he was not at all surprised.

“He has never apologized for anything. And even when he does, he does it in a roundabout way,” said Duane Bratt of Mount Royal University.

“He doesn’t take criticism. He doesn’t apologize, and that’s one of the reasons he’s stepping down as prime minister. That’s Jason Kenney as we know him.”

Bratt noted that the prime minister was slow to apologize for COVID-19 scandals, such as when several MLAs traveled internationally against federal advice and when he and others dined at the top of the SkyPalace without following provincial rules.

Kenney later apologized and took responsibility for both incidents, as he did when he apologized for prematurely lifting COVID-19 restrictions, but Bratt believes they came too late.

The prime minister could also have apologized, Bratt said, for unpopular decisions around rewriting the curriculum, mining for coal near the Rockies, or spending money on the Allan Inquiry that later found little, but Kenney didn’t. it has done.

“He doesn’t take responsibility. Even when mistakes were made, he sent other people to apologize,” Bratt said.

The PCU has not yet set a date for a leadership vote.


With files from Alex Antoneshyn of CTV News Edmonton