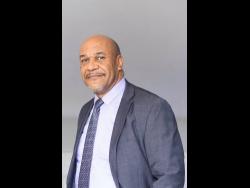 Amber Group managing director Michael McNaughton is noncommittal regarding the planned construction of Jamaica’s first 0G or zero-G network, for which the company is in the process of seeking partners.

It has already obtained an operator and service provider license to operate a 0G Internet of Things data network in Jamaica from the ministry of energy.

Speaking from abroad while negotiating with potential partners, McNaughton says the plan has been two years in the making and how quickly they move forward with construction depends on the partnerships achieved.

“It’s a whole process; we can’t put a definitive timeline on it. We have to sign with the partner so they can then come and do the legwork,” he said. “Critically, we have the license in hand and we can go full speed ahead with all of our plans,” McNaughton said in an interview with the financial spike on Tuesday.

The Internet of Things, or IoT, describes devices with sensors and software that can process and exchange data with other devices. It enables the interconnection of computing devices embedded in everyday objects, allowing them to send and receive data, Amber said.

“Similar to the technology that allows you to remotely open or close a door, or even stay in the office and know how much food is in the fridge,” McNaughton added.

Amber’s plans call for the deployment of 50 to 70 transponders, enough to cover all of Jamaica, McNaughton said, but did not disclose the capital budget for the project.

The units will wirelessly connect to each other and upload small packets of information via satellite.

“What we will offer is a low-band network that offers some kind of connectivity without the need for, say, a SIM card and things like that. You won’t be able to upload images, etc., because that requires more capacity,” McNaughton said.

In a statement, Amber Group said that through its project, Jamaica would join 75 countries around the world that have already adapted to 0G networks to support the growing innovation and demand for IoT devices globally. His proposed 0G network, he added, will allow any IoT device to communicate small packets of data over long distances and at a fraction of the current cost using a secure cloud infrastructure.

0G technology is already widely used in industries such as auto manufacturing and supply chain and logistics, from warehouses to shipyards.

Amber says the technology is also used in healthcare, agriculture, retail, smart homes and cities, utilities and the energy sector.

McNaughton said that due to the nature of the technology, the need for spectrum is obviated, that is, the regulated band of radio frequencies that allows the operation of radios, open television, cable and cell phones.

“Because it is low-band, spectrum approval is not required. The approval we got from the Ministry of Energy came after OUR did its own assessment and made a recommendation,” said McNaughton. The OUR, Office of Public Services Regulation, is the regulator of telecommunications services and providers. Spectrum is sold by the Spectrum Management Authority.

The Jamaican telecommunications market is dominated by Digicel Jamaica and Flow Jamaica.

However, McNaughton said that Amber will not compete with telecoms, but is seeking more cooperation, as neither Digicel nor Flow operate in the low-band space.