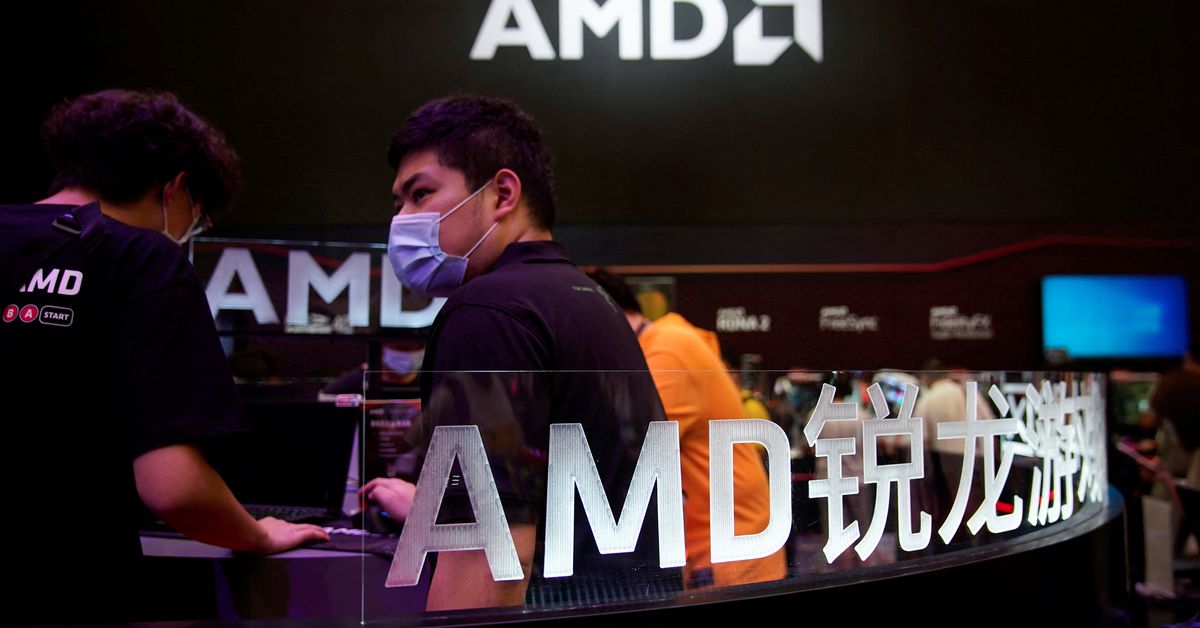 Signs of AMD are seen at the China Digital Entertainment Expo and Conference, also known as ChinaJoy, in Shanghai, China July 30, 2021. REUTERS/Aly Song

AMD said the deal value does not include working capital and other adjustments.

Pensando, which was founded in 2017 by a group of four ex-Cisco Systems Inc (CSCO.O) engineers, counts Goldman Sachs (GS.N) and Microsoft Corp’s (MSFT.O) cloud unit Azure as its customers.

In cloud computing, customers can order as much computing power as needed in different parts of the world with a few mouse clicks. The software takes care of the mechanics of shuffling the data to the right physical machines.

Only last month, Nvidia had released a new chip to speed up artificial intelligence functions in data centers. read more

The deal, which would enable AMD to add Pensando’s platform to its line of processors and graphics chips, is expected to close in the second quarter of this year.