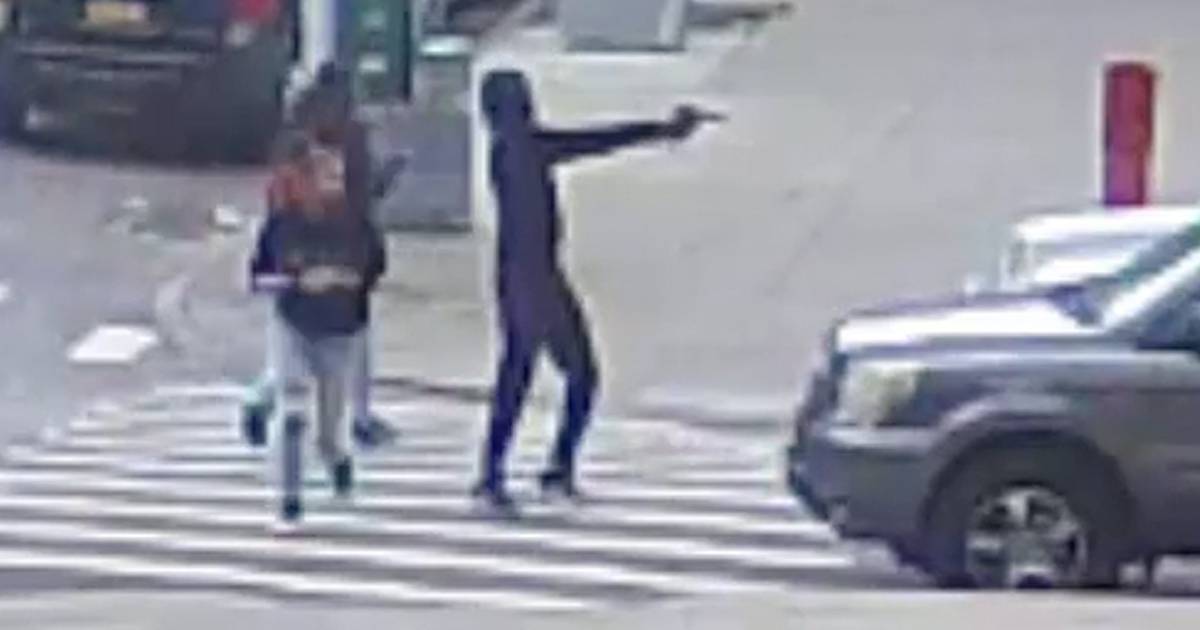 An armed teenager was caught on video shooting down a Bronx street, injuring a 17-year-old boy, police said Tuesday.

The shooter opened fire into the crowd near Grant Ave. and E. 169th St. around 6 p.m. Sunday, police said.

The gunman, who was walking with a young girl, was crossing the street and looking down the block when he pulled a gun from the pocket of his hoodie, surveillance video released by the NYPD shows.

He fired several rounds from the middle of the crosswalk as a pedestrian passed behind him. The girl ran off, covering her ears, the video shows.

The victim, struck in the shoulder, was taken to BronxCare Health System and is expected to recover. He was standing in a crowd, and cops aren’t sure if he was the intended target.

The gunman fled and has not been caught. Cops are asking for the public’s help in identifying and tracking down the shooter and the girl he was with.

Anyone with information is asked to call Crime Stoppers at (800) 577-TIPS. All calls will be kept confidential.