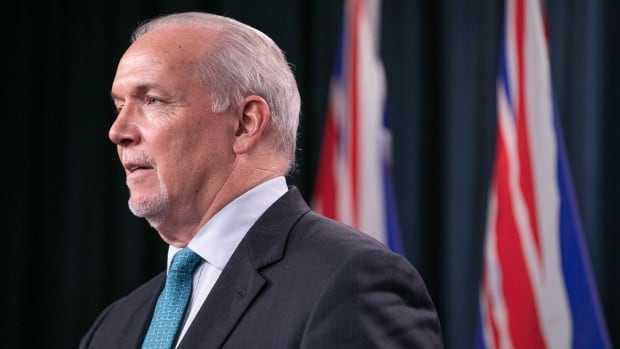 BC Premier John Horgan has tested positive for COVID-19.

The premier said on Twitter that he received his test results early Monday.

“Fortunately, my symptoms are mild and that is thanks to being fully vaccinated,” the tweet read. “I’m following public health guidance, isolating and working from home.”

Horgan, 62, recently underwent treatment for throat cancer after being diagnosed in the fall. He has spoken publicly about losing 25 pounds after undergoing 35 radiation sessions.

People with cancer are at higher risk for more serious outcomes of COVID-19, according to the Canadian Cancer Society. The organization said cancer treatments, such as radiation therapy, can weaken the immune system and make it harder to fight infections.

In BC, there are two theurapeutic treatments available for COVID-19 for those who fit into several specific medical categories, including people who are immunocompromised, Indigenous, clinically extremely vulnerable or over the age of 70 with chronic medical conditions.

The treatments — Sotrovimab and Paxlovid — must be prescribed by a doctor and are only effective if a patient starts taking them within five days of developing mild to moderate symptoms, according to the province.

The premier, who would be considered immunocompromised after undergoing radiation treatment, did not say whether he was receiving either treatment.