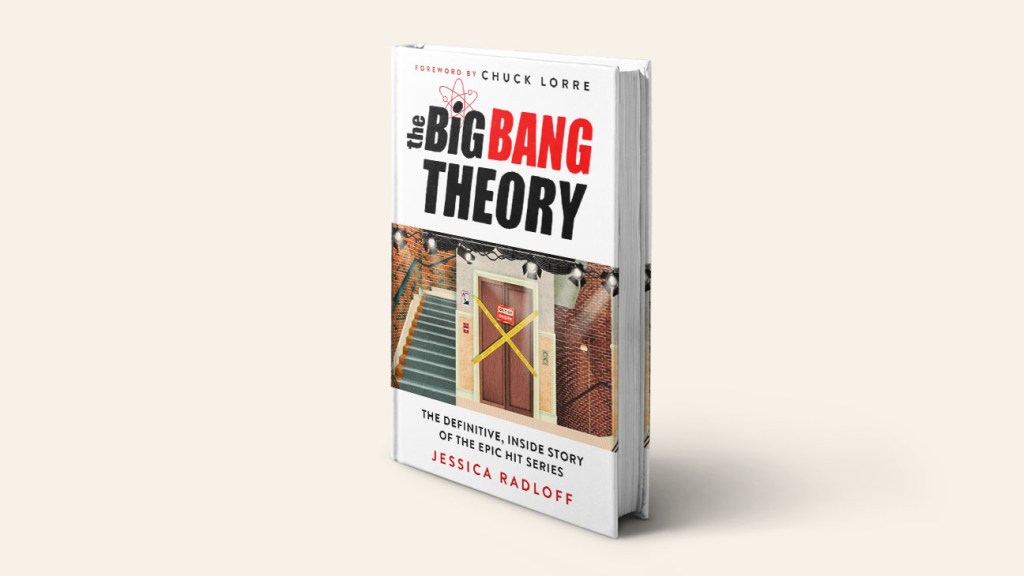 Bazinga! CBS’ The Big Bang Theory is getting the oral history treatment in a forthcoming book from Glamor senior editor Jessica Radloff.

“Ever since The Big Bang Theory signed off in May 2019, fans have been asking for a reunion, and come October, they will have it, in the form of The Big Bang Theory: The Definitive, Inside Story of the Epic Hit Series,” Radloff said. “Having covered the series for most of its 12-year run, I thought I knew everything — and I mean everything — about it. Turns out, after doing over 116 hours of brand-new interviews for this book I learned my knowledge only scratched the surface, and I promise I’m not over-selling that. Many of the reveals were new and shocking to the actors as well, and executive producers Chuck Lorre, Steve Molaro, Steve Holland and Bill Prady. Now that we are just months away from publication, I presume the level of excitement I have about finally sharing this with the fans is equal to what Sheldon and Amy felt when they won the Nobel.”

Executives from producers Warner Bros. TV and CBS, plus writers and crew members are also featured in the book from Grand Central Publishing. Not to be left out, the original Penny — Amanda Walsh — was also interviewed for the oral history. Cuoco replaced Walsh after CBS passed on the original pilot and instead redeveloped the comedy.

Big Bang Theory signed off after a 12-season run in 2019 and ranks as TV’s longest-running multicamera comedy in history. The show about a group of lovable nerds ended its run on top, ranking as TV’s highest-rated comedy. Four-time Emmy-winner Parsons, who currently exec produces and narrates prequel Young Sheldonopted to walk away from the series despite the willingness of the rest of the cast and creatives — as well as CBS and Warners — to do another season.

Lorre wrote the forward for the book following hours of interviews with Radloff, who penned more than 150 stories about big Bang for Glamor and appeared in the show’s series finale. The book features more than 120 hours of interviews covering new details about iconic episodes including the famed Leonard Nimoy napkin installation, “The Opening Night Excitation” (in which Sheldon and Amy consummate their relationship) and a deep dive into both pilots. The cast also gets personal about their lives behind the scenes, ranging from divorce and anxiety and how that impacted the show (which kept everything secret).