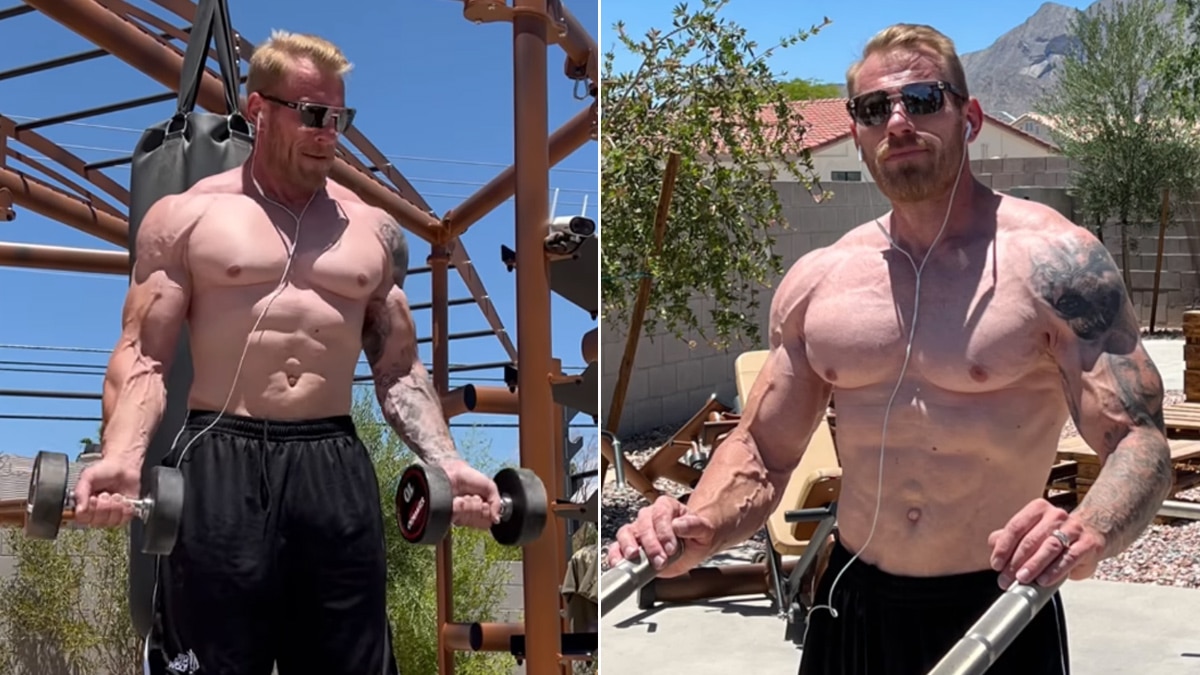 Retired IFBB pro Dennis Wolf has had a successful career in the sport, having competed on some of the best stages in bodybuilding. In a recent video posted to Instagram, Wolf shows off his slimmed-down physique as he performs a series of chest exercises at sunset.

It didn’t take long for notable bodybuilders in the men’s open division to see the raw talent that Dennis Wolf possessed. He is a bodybuilder of high caliber and appeared on the Olympia stage a total of ten times. Some of his most notable Olympia appearances came in 2010 and 2011, where he managed to secure fifth place in both events. Competing in four IFBB Pro shows in 2012, Wolf’s biggest win of that season came after claiming gold at the EVL Prague Pro. He built on his success and brought an impressive package to Mr. Olympia 2013, a show that saw him win the third place.

In what was arguably the biggest win of his career, Wolf clinched the 2014 Arnold Classic title by defeating the late Shawn Rhoden, who would die years later from heart problems. He went on to place fourth in the 2014 Mr. Olympia. The 43-year-old German native underwent bicep and shoulder surgery last year. Wolf sports a considerably slimmer frame and given the number of bodybuilders dying lately, the decision to slim down seemed a healthy one.

In addition to Rhoden, Dallas McCarver died of heart problems and weighed 345 pounds, an autopsy revealed. Before the year was out, popular male athlete George Peterson also passed away from heart problems. The body count continued to rise after 44-year-old Cedric McMillan was pronounced dead after undisclosed heart problems took his life last month.

Widely recognized for his slim waist and outer quadriceps, Wolf had a beastly physique and was always a dangerous competitor on stage. After staying in Germany for three weeks, Wolf was happy to return to a normal day of training.

“Sunset chest workout with @steveyeghiayan at Wolf’s Den💪
After staying in Germany for over 3 weeks with less training as planned, I’m lifting weights again in my backyard lolComing back to Germany soon for the @npcworldwideofficial 2nd. Dennis Wolf Classic NRW – May 7!” Dennis Wolf posted.

During his heyday, Wolf pushed the limits as a professional, weighing up to 300 pounds while preparing his physique for various bodybuilding shows. With no obligations to load up on carbs, adhere to a cycle or train tirelessly in the gym, Wolf can enjoy the fruits of his labor after completing an impressive career as a men’s open bodybuilder years ago.

Fans have recently suggested that Wolf bring his shattered physique to a Classic Physique bodybuilding show. However, the former Arnold Classic champion has given no indication or hint that he is planning a comeback, which is another reason why this recent update is drawing the attention of so many. Although he doesn’t maintain a rigorous training schedule like he used to, Wolf is still dedicated to bodybuilding and improving his physique.

After stepping away from men’s Open bodybuilding, Wolf set his sights on a new goal of becoming a United States citizen, which he accomplished along with his wife.

Despite stepping away from the stage professionally, Wolf’s shredded physique will no doubt help with longevity as the years roll on.