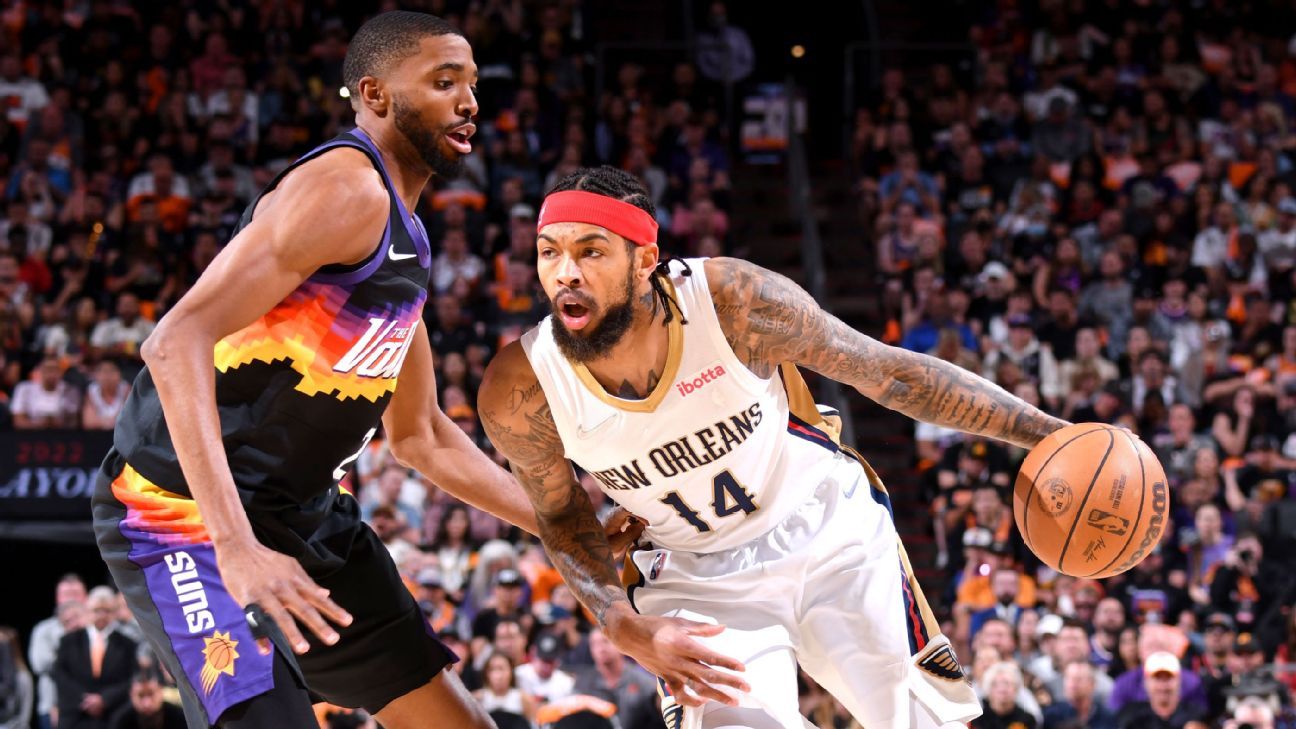 “That’s fine,” Ingram said after the Pelicans’ 112-97 loss to the Phoenix Suns. “He got hit a little bit during the game, but I’ll be fine.”

With 4:07 remaining, Ingram drove to the baseline and was met at the rim by Suns center Deandre Ayton. Ingram crashed to the ground and landed on his back, but also jammed two fingers in the process.

On the Pelicans’ ensuing possession, Ingram fumbled into a Suns crowd after taking a hit to his elbow and hand, causing him to extend his arm downward as he walked back onto the court.

“[The fingers] it got stuck. They’re pretty sore right now,” Ingram said. “But nothing that treatment can’t fix and get better for the next game.”

The injury occurred as the Pelicans were trying to make their final effort to cut the Suns’ lead to a two-possession game.

After injuring his fingers, Ingram had a fumble and went 0-for-3 from the field.

In fact, the Pelicans didn’t shoot well as a team, shooting 40% from the field and 5-for-25 from distance.

“Yeah, we have to get better starts, especially against this type of team, and they feed off the crowd,” said Pelicans guard CJ McCollum, who had 21 points on 7-for-22 shooting.

“They started making shots and running and scoring in transition, but we were able to do a better job. But you knew it was going to be a dogfight. We knew we were going to compete, and it’s encouraging, you know, to have the opportunity to reduce it to a game of two or a possession, but it shouldn’t be reduced to that. We have to stop, we have to take care of the ball. Those are things you can control.”

The Pelicans and Suns will meet Thursday night in New Orleans in Game 6.