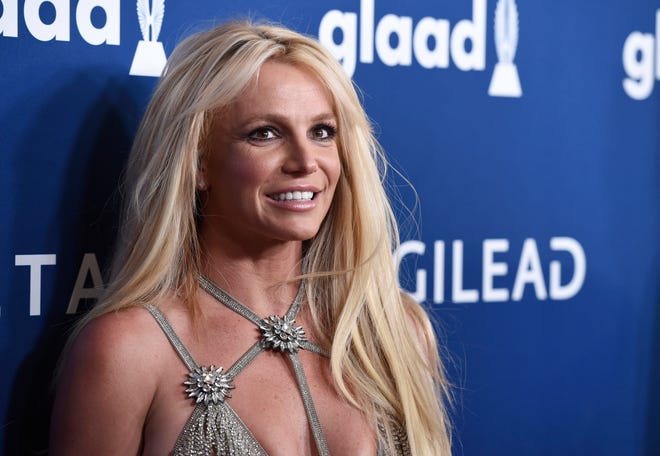 All eyes have been on Britney Spears through her controversial, high-profile conservatorship battle. Now, the pop icon is telling her own story about her.

“Well I’m writing a book at the moment and it’s actually healing and therapeutic… it’s also hard bringing up past events in my life,” Spears wrote on Instagram. “I’ve never been able to express openly!!! I can only imagine that I do sound childish but I was extremely young with those events took place.”

Spears did not mention a release date for the book or whether it had been picked up by a publisher.

The news comes almost three months after the arrival of her sister Jamie Lynn Spears’ memoir, “Things I Should Have Said,” about which Britney Spears was outspoken her disdain for several of the anecdotes her sister wrote about her.

Britney Spears has had a whirlwind past year, between serving as the subject for a handful of documentaries, fighting to end her conservatorship (which a judge officially dissolved in November after nearly 14 years), getting engaged to actor Sam Asghari, and pushing back against her sister’s memoir, which Spears said featured “crazy lies for the Hollywood books.”

And she’s kept fans in the loop via social media through it all, disclosing her thoughts in winding paragraphs littered with emojis.

This will be Spears’ first solo memoir – she previously co-authored the 2000 autobiography “Britney Spears’ Heart to Heart,” and 2001 YA novel “A Mother’s Gift” with her mother, Lynne Spears, both of which appeared on the USA TODAY Best-selling books list.

“I wanted to write this book so people could understand what a special bond we have between us and how much we’ve depended on each other over the years — through good times and tough ones (and there have been some tough ones), Spears wrote in an excerpt from “Heart to Heart.”

“I hope that in sharing our story we’ll inspire mothers and daughters to open their hearts to one another. It would also be great to be able to encourage kids to follow their dreams and not to be scared to set high goals. I’ m living proof that you can succeed, no matter where you’re from or how little you have. My family didn’t have a whole lot of ‘things’ when I was growing up, but we had one another.”

More Britney:Britney Spears turns 40 after a whirlwind year of #FreeBritney, paparazzi and the end of her conservatorship

Lynne Spears also wrote a 2008 memoir, “Through The Storm: A Real Story of Fame and Family in a Tabloid World,” with Lorilee Craker about her divorce from James “Jamie” Spears and her daughters’ rise to fame, published just months after the conservatorship was enacted. It ranked the highest on the USA TODAY list out of all the Spears women’s books, breaking the top 50 and lasting for two weeks.