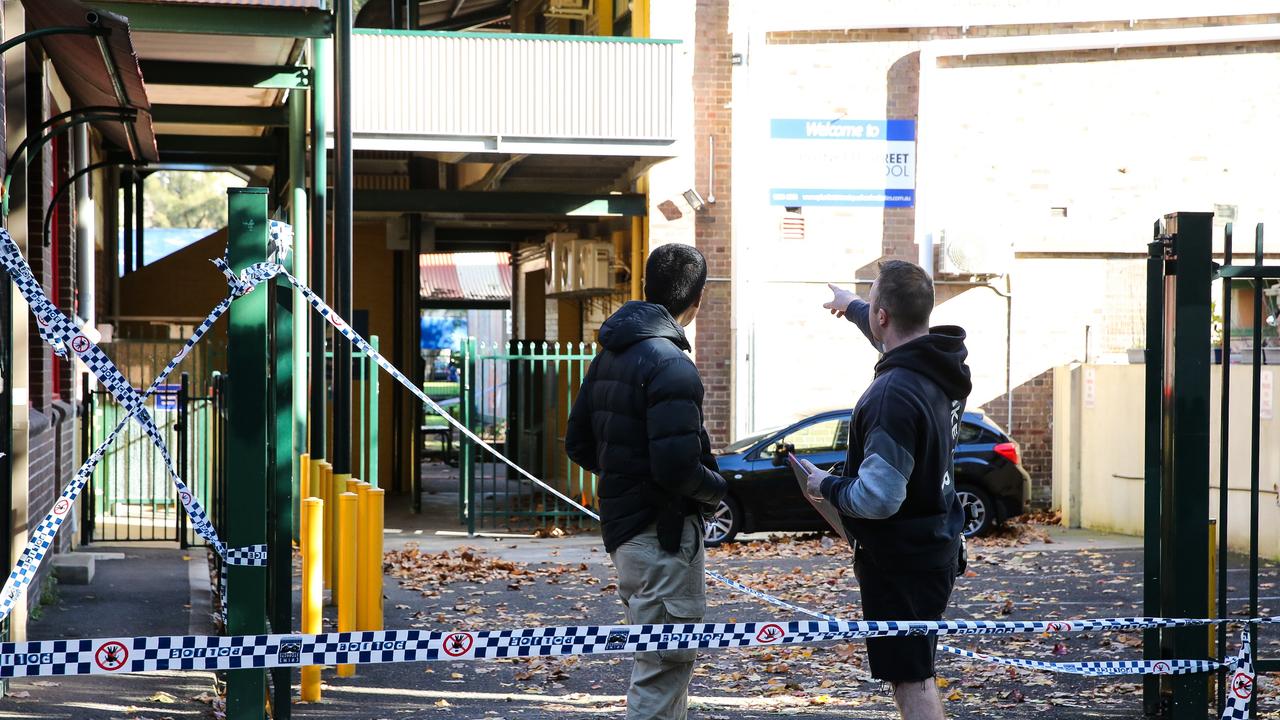 A school caretaker was lucky to escape with only a stab wound to the arm in a suspected random attack at a Sydney school on Wednesday.

A man known to police is facing allegations that he stabbed a maintenance contractor in the arm at a school in Sydney on Wednesday morning.

Shortly before 7:15am, emergency services were called to Plunkett Street Public School in Woolloomooloo following reports that a 61-year-old man had been stabbed in the forearm.

Police believe the suspected attacker entered the school grounds and was confronted by the school’s long-term caretaker who was clearing the grounds with a leaf blower at the time.

A brief conversation ensued between the two men at the front doors before police said the 35-year-old allegedly pulled a knife from his clothing and threw it at the older man.

The 61-year-old man raised his arms over his body in defense and the knife sank into his right forearm.

Police say the alleged incident could have had a much darker outcome had the man not protected himself.

They say the attack was interrupted by a “brave” 58-year-old staff member who challenged the suspected attacker.

“The acts of the staff who came to the aid of the 61-year-old man were nothing short of brave and compassionate and they are to be commended for their actions,” Acting Superintendent Chris Nicholson told reporters.

Police say the 35-year-old man may have wandered the school grounds for a short time after the alleged incident before fleeing into nearby streets.

Superintendent Nicholson said it was early in the investigation, but they believed the two men did not know each other and the location of the alleged incident was likely random.

The alleged offender is “well known” to police and is believed to be from the Granville area.

His motivations remain under investigation.

Officers from Kings Cross Police Command received a call from the school and arrived on scene in less than two minutes.

He was arrested and taken to Surry Hills Police Station, where he remains in custody.

Police have located two knives, including a 15cm kitchen knife, but have not yet confirmed whether they were involved in the alleged incident.

The 61-year-old man was treated at the scene by members of staff until paramedics arrived and took him to St Vincent’s Hospital.

He is in stable condition and his injuries are not considered life-threatening.

There were no students on the premises at the time of the incident.

“I don’t think parents should worry about sending their children to school,” said Superintendent Nicholson.

“I think this was a random match in terms of placement in the school.

“This area, Kings Cross, Woolloomooloo is a very safe area in general terms… this type of incident happening is very rare.”

A crime scene was set up at the school, and the grounds were quickly closed for the remainder of the school day.

Police have not yet spoken to the 61-year-old man.