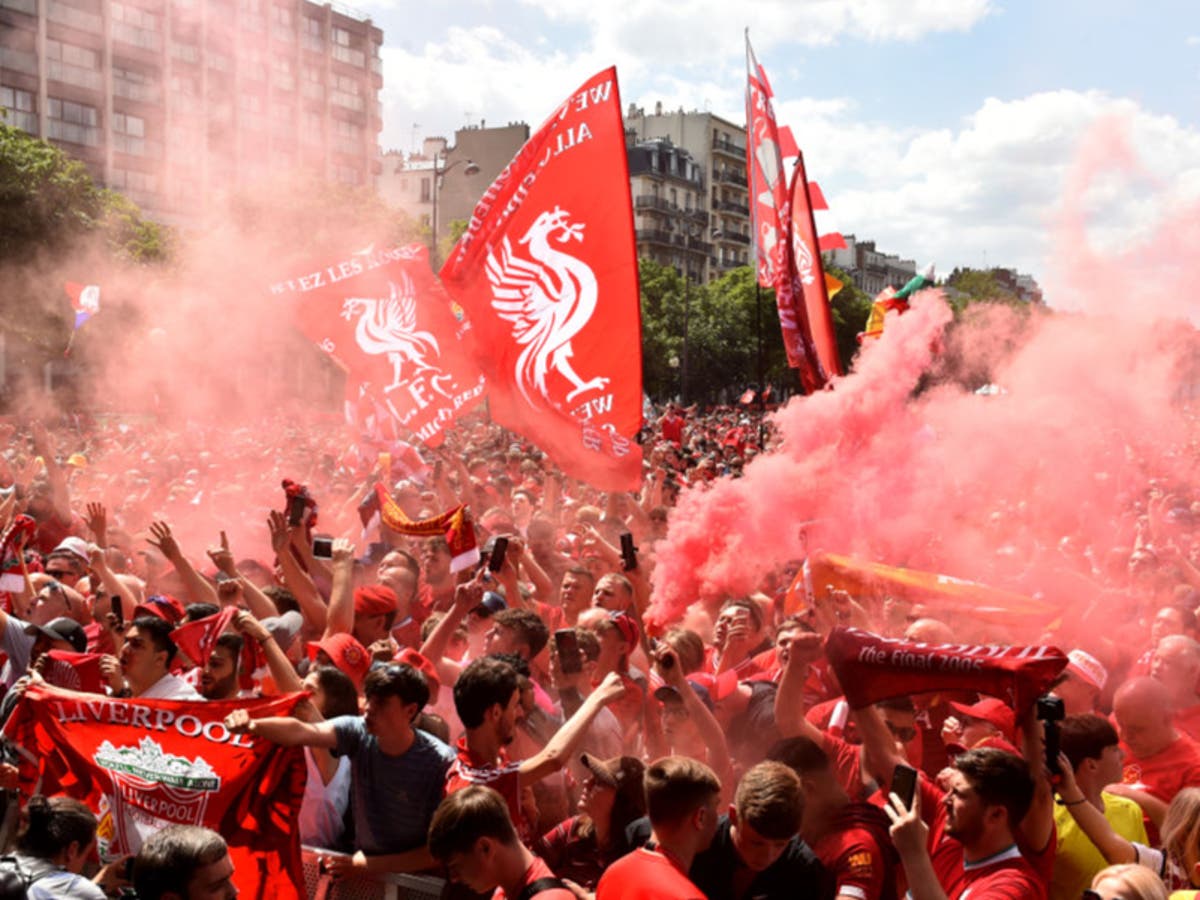 Liverpool faces Real Madrid in the Champions League final at the Stade de France in Paris.

Jurgen Klopp’s team is aiming for a famous cup treble this season and winning the seventh European Cup in its history. Real Madrid, the most successful team in the competition, is aiming for a 14th crown that extends its record. It is, of course, a repeat of the 2018 final when Gareth Bale hit a spectacular overhead kick as Madrid snatched glory in Kyiv. The Reds redeemed themselves with victory against Tottenham in the 2019 final, but tonight offers a special opportunity for revenge, particularly for Mohamed Salah after he was forced to leave early against Madrid four years ago. However, Klopp was keen to downplay that issue before kick-off. “I don’t believe in revenge and I don’t think revenge is a fantastic idea,” he said. “I understand what Mo said. He wants to fix it, but in Germany we say that you always meet twice in life.”

Madrid have staged a series of spectacular comebacks against Paris Saint-German, Chelsea and Manchester City to reach tonight’s final, with Karim Benzema in devastating form. The victory of the Spanish giants would also make Carlo Ancelotti the most successful manager in the history of the tournament, having already won it three times. He too has faced Liverpool on this stage many times, suffering heartbreak in Istanbul in 2005 before leading AC Milan to victory over the Reds two years later. “We’ve met many times,” Ancelotti said. “The first time was in 1984, the Rome final. I didn’t play because I was injured. Then, in 2005 and 2007, and of course, the rivalry intensified during the period I worked at Everton. They play at a very high level, with a lot of physicality, but it’s a pleasure to play against them in the final”. Follow the preparation, live team news, goal and score updates, analysis and reaction from Paris:

“It is very rare that Real Madrid are not favourites. They are a very dangerous opponent. They are in full force and have had two or three weeks to prepare for this.

“Not ideal [the pitch has been relaid this week] but it is the same for both teams. Both teams trained on it 24 hours ago and it looks good to me.

“I also heard Liverpool were back in training this morning.”

In his pre-match press conference, Jurgen Klopp spoke about Sadio Mane’s mentality, especially with the rumors that he could leave Anfield in the summer. He said:

“Sadio is in the shape of his life, for sure. He is in brilliant form, it is a pleasure to see him at the moment in training and the game. We ask a lot of you; Football asks a lot of him this year.

“He had an incredibly long season, a lot of finals and this kind of thing. That’s for sure one of the most successful so far too, for him and for us.

“So, no worries, completely normal. It is not the first time in my career that before decisive matches Bayern Munich rumors [are] going up. I don’t know exactly what I did to make that happen. But there is no problem at all.”

Carlo Ancelotti makes two changes with respect to Real Madrid who lined up against Real Betis in LaLiga more than a week ago. David Alaba rested for that game and returns ahead of Nacho. Federico Valverde is also preferred to Rodrygo who starts on the bench.

Real Madrid manager Carlo Ancelotti has reached a fifth Champions League final, a record, more than any other manager. The 62-year-old hopes to lift the famous ancient trophy for the fourth time, becoming the first boss to do so.

Liverpool’s Bob Paisley and Real Madrid’s Zinedine Zidane have also won the tournament three times as managers, along with the current Madrid manager.

Ancelotti’s only failure in a Champions League final came against tonight’s rival.

His team, AC Milan, won 3-0 just before half-time in 2005 before a flurry of three goals from Liverpool in the space of six minutes before the hour leveled. The Reds then won the resulting penalty shootout.

Liverpool vs Real Madrid: How to watch the Champions League final for free

Jurgen Klopp’s side are looking for redemption after losing a tough 2018 final against Madrid, when Mohamed Salah was forced out with injury and Gareth Bale scored a spectacular header.

Liverpool are small favorites going into the clash, but few will rule Madrid out after a series of spectacular comebacks against PSG, Chelsea and Manchester City to reach the final.

But how can fans watch and when is the start? Here is everything you need to know:

The Champions League final is played at the Stade de France on the outskirts of Paris.

It was originally intended to be played in the Russian city of Saint Petersburg, but after the country’s invasion of Ukraine, it was moved to France.

This is also the third year in a row that the venue for the Champions League final has been changed, the previous two due to the coronavirus pandemic.

Tonight’s match will be the third time these two teams have met in the final of this competition, after 1981 and 2018, making it the most played showpiece in the history of this tournament.