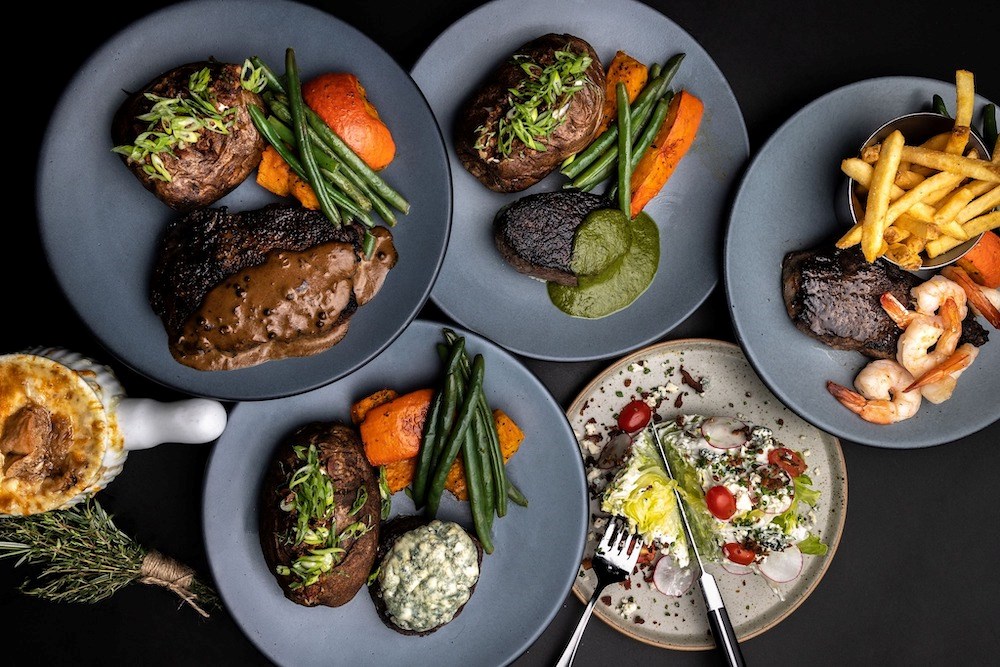 With multiple outposts nationwide, this will be the steak-centric restaurant’s second location in Metro Vancouver.

Downtown Vancouver is already home to several prominent steakhouse restaurants, and it’s about to count yet another among the ranks. Canadian chain Chop Steakhouse & Bar is set to open a new outpost in the city in a high-profile location.

Chop is setting up at 1055 Canada Place – the west building of the Convention Center – in unit 26 of the sprawling complex. The space had previously been the second location of Bellagio Café, a Vancouver Italian restaurant that continues to operate at 773 Hornby Street, not too far away.

While Chop has multiple locations nationwide, predominantly in Ontario and Alberta, the steakhouse chain currently only has one British Columbia restaurant which is located in Richmond at the Sandman hotel near the airport.

Chop has yet to announce the forthcoming Vancouver location on its website or social media, but signage for the steak restaurant has been spotted at the vacated Convention Center Bellagio space.

Chop is one of two large-scale steakhouses moving into downtown Vancouver. Nearby, in the ex-Rogue space at 200 Burrard Street, Vancouver’s Glowbal Group is launching its new “fish-and-chophouse dining experience,” Riley’s.