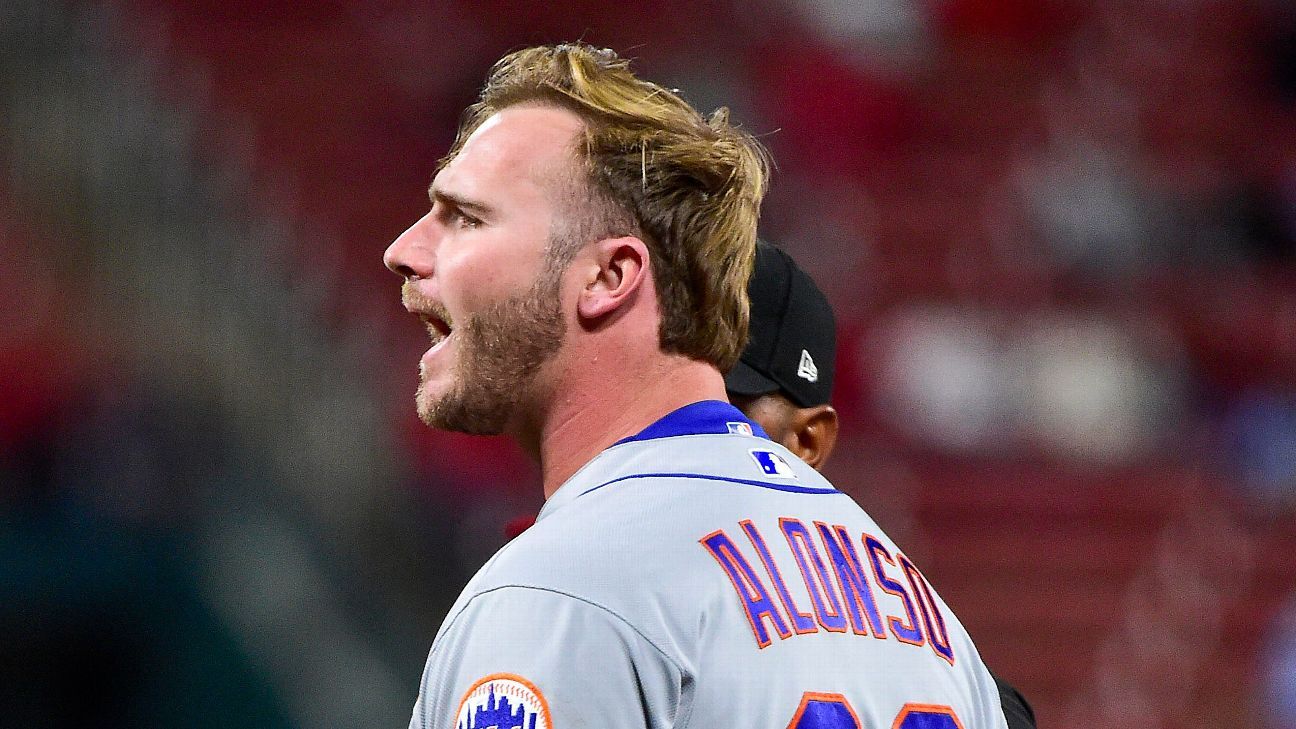 Bassitt blamed baseballs, which he says are “all different.”

“It’s extremely annoying to see your teammates get hit constantly, and if you get hit by certain pitches, it is what it is, but getting hit in the head, the number of hits we take is unbelievable,” Bassitt said. “I had some close calls tonight, and they hit me in the face [by a line drive] And I don’t ever want to do that to anybody, but MLB has a really big problem with baseballs. They’re bad. Everybody in the league knows that. Every pitcher knows it. are bad

Cardinals starter Jordan Hicks hit Dominic Smith in the second and Pete Alonso was drilled by Kodi Whitley’s pitch to the helmet in the eighth inning, after which the benches and bullpens began to clear. Both banks were warned and tensions quickly faded. It is the second time this season that Alonso has removed a pitch from his helmet.

In the ninth inning, Mets outfielder Starling Marte was hit by Aaron Brooks with the bases loaded, leading to the final score.

“It’s one thing to get hit to the toe or the knee, but we’re getting a lot of balls to the head and neck, and that’s not good. It’s not good,” Showalter said. “You care about your players, and without getting into the right and wrong and whatever, you get to a point where it’s about the safety of your players. We’re lucky. You’re talking about a pitch that broke his helmet. It’s not good, I’m not happy.”

Bassitt (3-1) struck out six batters and allowed two hits and two walks in six innings to help the Mets earn their franchise-best sixth straight series to start the season.