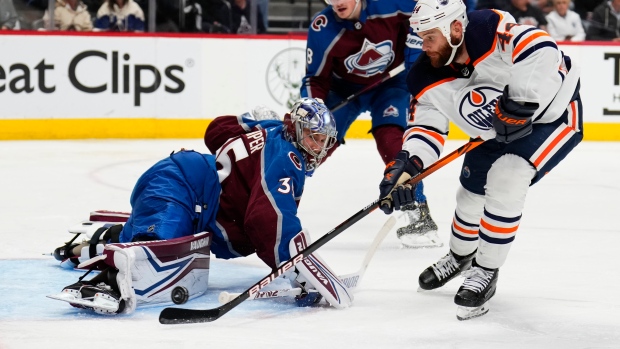 Colorado Avalanche goaltender darcy kumper he left Game 1 against Edmonton in the second period Tuesday night with an upper-body injury and did not return.

The netminder gave up three goals to the Oilers before suffering the injury 7:19 into the midframe. he was replaced by pavel francouz.

The Avalanche had no further updates on Kuemper after the game, with head coach Jared Bednar saying “we’ll see” when asked how long their goalie might be out.

It was a tough night for goalies in Game 1, starting for the Oilers Mike Smith allowed six goals before being deflected in favor of mikko koskinen.

The Avalanche took Game 1 8-6, with Game 2 scheduled for Thursday at Denver.