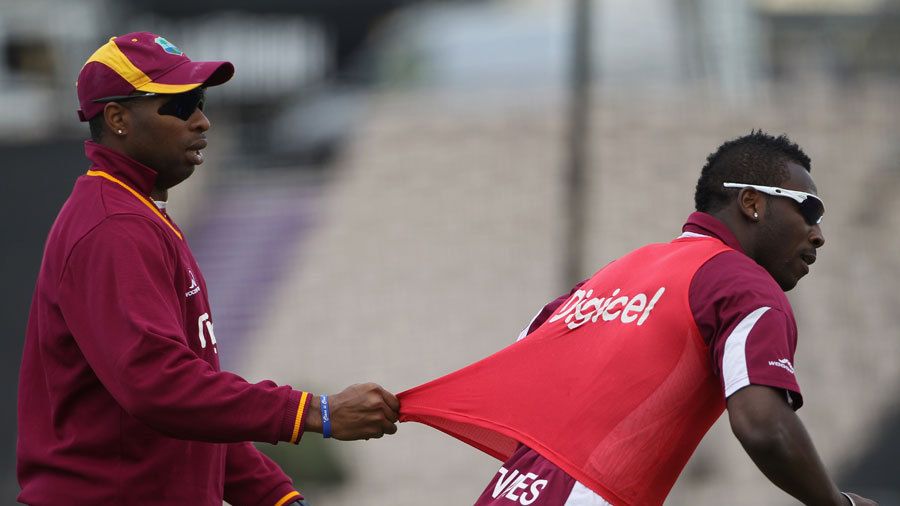 Andre Russell will join West Indies’ white-ball captain Kieron Pollard and his deputy Nicholas Pooran at Trinbago Knight Riders for CPL 2022. Sunil Narine has also been retained by the franchise, making it a star-studded pre-draft core already. Notably, this will be the first time in the history of the CPL that Russell and Pollard will be playing together for the same franchise. Russell is currently playing for the other Knight Riders franchise – Kolkata – at the IPL in India.
In April 2020, Russell had called the Jamaica Tallawahs the “weirdest” team he had ever played for, announcing that the 2020 season would be his last with the side. However, ahead of CPL 2021, he was retained by the franchise. He had a fairly ordinary season with Tallawahs in 2021, managing just 160 runs in ten innings to go with 11 wickets in 31.1 overs. He has now moved from his home franchise to Knight Riders.
As for Pooran, he will reunite with his mentor Pollard after having captained Guyana Amazon Warriors to the semi-finals in the most recent CPL. Pollard and Narine aside, fast bowler Jayden Seales, left-arm fingerspinner Akeal Hosein and top-order batter Tion Webster were also retained by Knight Riders.

However, they will be without Darren Bravo, as he will link up with his elder brother Dwayne Bravo at St Kitts & Nevis Patriots, who won their maiden title last year. The Bravo brothers had previously played together for Knight Riders.

Among other major signings, big-hitting allrounder Fabian Allen went from Patriots to Tallawahs and opening batter Brandon King from Warriors to Tallawahs. Rovman Powell, who walloped a 51-ball T20I century earlier this year, and Kennar Lewis, the latest West Indies T20 globetrotter on the block, were among those retained by Tallawahs.
Allrounder Keemo Paul, meanwhile, returned to Amazon Warriors after having been part of St Lucia Kings last season. Left-arm fingerspinner Gudakesh Motie, who made his T20I debut for West Indies in December last year in Pakistan, is the other new signing at Warriors. He will join Shimron Hetmyer, Odean Smith, Romario Shepherd and Chandrapaul Hemraj.

Barbados Royals retained Jason Holder and Hayden Walsh Jr, who is currently with Rajasthan Royals as a net bowler in India. Obed McCoy, who was part of the Kings roster last season, will turn out for Royals in the forthcoming season. The left-arm seamer also features in Royals’ squad in the IPL. Wicketkeeper-batter Devon Thomas has also moved from Patriots to Royals. Thomas recently opened the batting with Kennar Lewis for Kandy Warriors in the Sri Lanka Premier League.

The inaugural season of the Women’s CPL, featuring three teams, is set to run alongside the men’s event this year. Royals, Warriors and Knight Riders will be the three teams taking part in the women’s tournament.

Deivarayan Muthu is a sub-editor at ESPNcricinfo