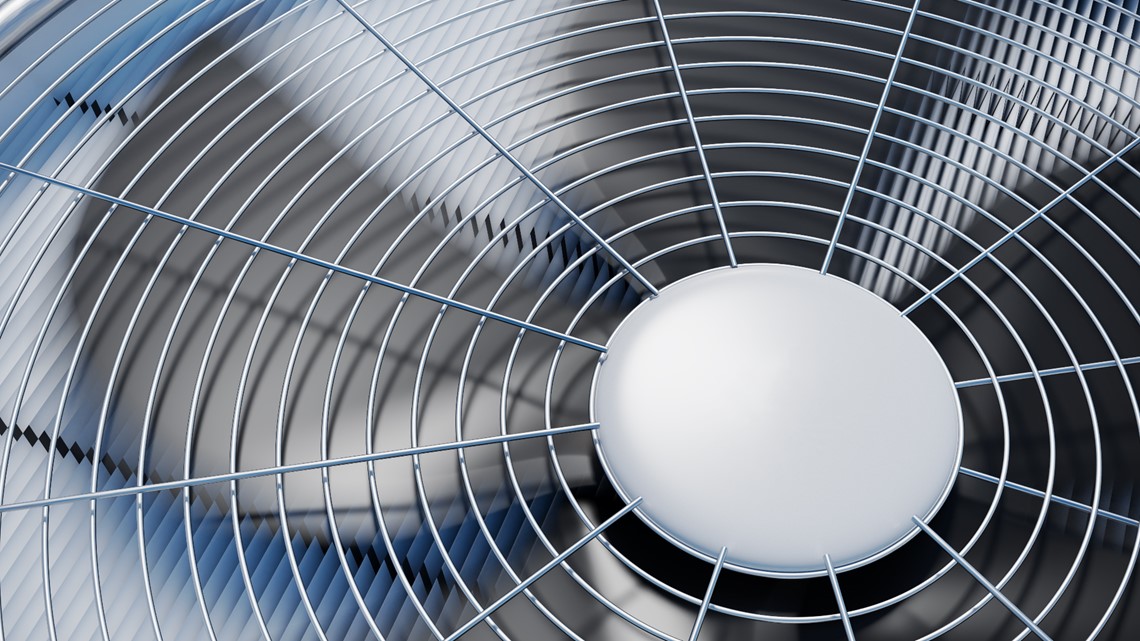 One teacher said her classroom went up to 80 degrees before she and her 22 students were transferred to a smaller, cooler room elsewhere on campus.

WASHINGTON — It wasn’t just hot outside in DC on Tuesday. Many classrooms in the District were also warm.

Maya Baum has taught at DCPS for five years. She said her classroom went up to 80 degrees before she and her 22 students were transferred to a smaller, cooler room elsewhere on campus.

“There is no airflow and we are hot and uncomfortable,” he said. “You don’t want to do anything when you feel like this.”

Baum said management and custodial staff routinely contact DGS to repair HVAC units, but problems persist. She said that she can’t understand why this happens every year.

“When we arrived at our school building after being out for over a year due to a global pandemic, we were told by city leaders that our buildings were ready and had tours, and work orders had been completed, and they were ready for students and staff to come back,” he said. “We had classrooms without air conditioning and it was 90 degrees outside. And when it was winter and temperatures dropped below freezing, we had no heat.”

DGS also provides a public online database that shows how many work orders are open for HVAC units in DCPS schools.

As of 3 pm on May 31, there were 262 open work orders in DCPS classrooms related to cooling issues. Two hundred and fifteen of those work orders were tagged as “pending evaluation” from maintenance staff.

Hot Schools | Numerous DCPS teachers took to social media Tuesday to draw attention to faulty HVAC systems in their classrooms. Today’s high was 96F. DCPS teacher @maya_baum she said her room rose to 80F before she and her children were moved to a cooler area. (@wusa9) 🧵 pic.twitter.com/jY5UOUL9j6

There were also 100 DCPS facilities with open work orders. Ninety-eight of those facilities were schools.

Leckie Elementary School in District 8 had the most open work orders related to HVAC refrigeration issues with 18. Wheatley Educational Campus in District 5 had 17 similar orders. Meanwhile, Deal Middle School, in Ward 3, had 12.

DC hit a high of 96 degrees on Tuesday, the highest temperature on record so far this year.

Due to expected highs in the region, Baltimore City Public Schools even ordered early dismissal of its non-air-conditioned schools on Tuesday and Wednesday.

It is not known if DCPS will choose to do something similar.

Hot Schools | Parents are worried too. African National Congress @Evan_Yeats has children at Thomson ES in NW. The air conditioning is not working in some of their classrooms and there are also faulty water fountains. He said the school administration routinely asks DCDGS to address HVAC issues, but the problems continue. (@wusa9) 🧵 pic.twitter.com/X8oxjokH9B

Neighborhood Advisory Commissioner Evan Yeats also has three children at Thomson Elementary School in northwest DC. He said he can’t understand how district leaders would be affected by the heat in the summer.

Hot Schools | DCDGS maintains DCPS school buildings. Today, I had 262 open work orders on DCPS buildings related to cooling issues. 215 of them were listed as “pending evaluation”. You can check out the DCDGS Public HVAC Dashboard here: https://t.co/QTaqq0nl4E (@wusa9) 🧵 pic.twitter.com/1AMNnUYaf0

Yeats said her children also had to be moved to school Tuesday because of the heat.

“They doubled in a second grade classroom and [my son’s] The old class was in the library all day,” he said.

This latest school issue comes just three weeks before DC voters take part in the District’s Democratic Mayoral Primary. Historically, the winner of that primary has won the general election later in the year.

Neither Bowser nor White provided comment to WUSA9 on the issue of broken HVACs on Tuesday. However, White’s office tweeted to several teachers and parents that it would work with DGS to resolve HVAC issues at their schools on Tuesday.

In 2020, Bowser also announced plans to dedicate $24 million to accelerate the modernization of HVAC units at 116 DCPS facilities in support of safely reopening schools during the pandemic shutdown.

The candidates have also disagreed on whether the mayor should have control of the schools. Baum said this provides a clear reason why the office shouldn’t do it.

Yeats added that he believes more DGS oversight is needed as well.

“The council is not providing the kind of oversight that is needed to take this seriously,” he said.

WUSA9 has reached out to DCPS and DGS for comment on this issue and has not yet received a response.

SEE NEXT: extreme heat | People try to beat the heat on splash pads

WUSA9 is already underway Roku and Amazon Fire TVs. Download the apps today for live news and video on demand.

Download the WUSA9 app to get breaking news, weather, and important stories at your fingertips.

Sign up for the Get Up DC newsletter: your forecast. Your trip. Your news.

Sign up for Capitol Breach’s email newsletter, which will bring you the latest news and a summary of the investigation of the unrest on Capitol Hill on January 6, 2021.