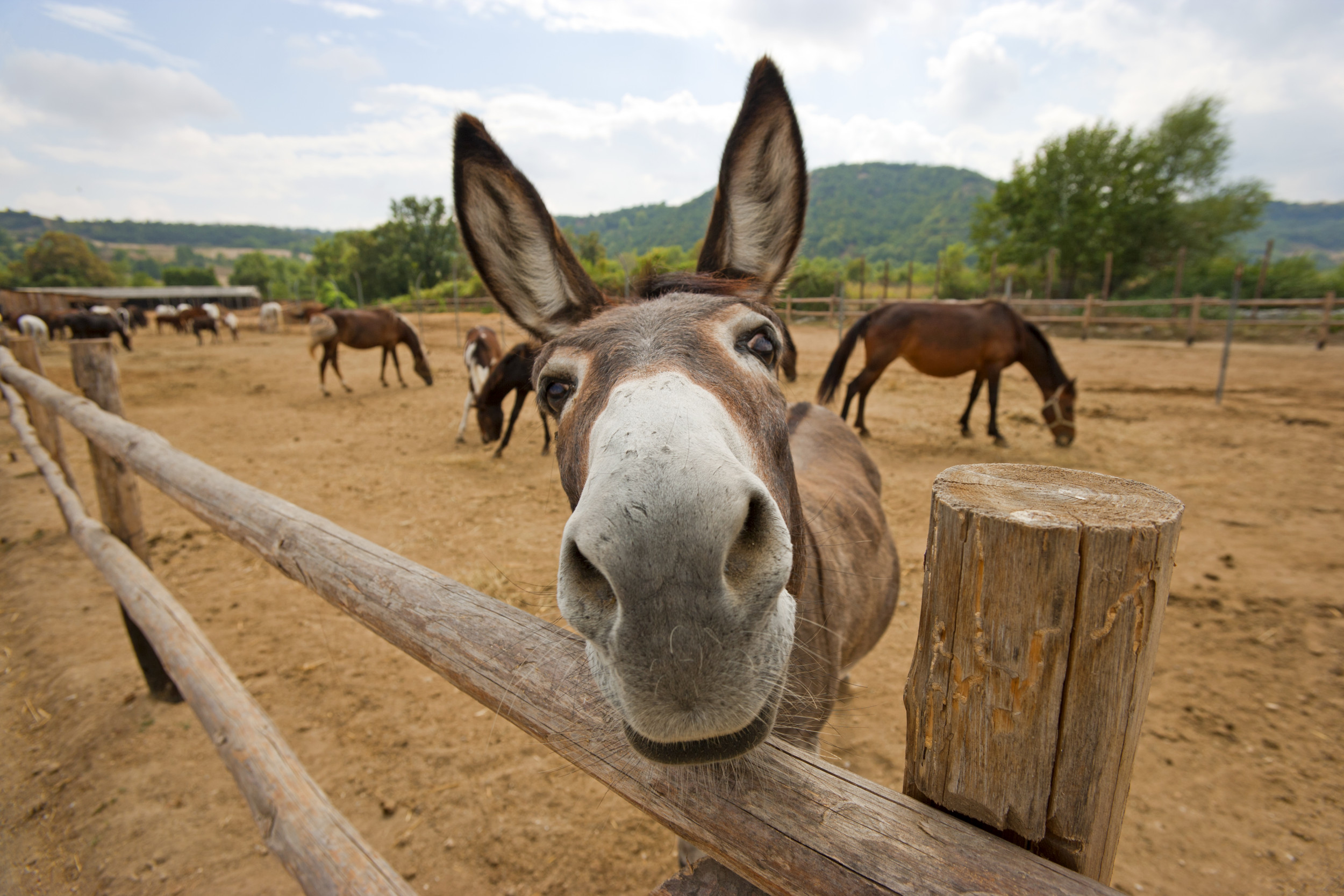 Resurfaced footage of one donkey’s excited reaction to seeing its owner has charmed the internet.

The video, originally from 2020, was reposted to Reddit’s “Made Me Smile” forum on Monday by u/dump_acc_91. So far, it has received more than 30,000 upvotes and over 400 comments from Redditors who were delighted to witness the animal’s affectionate side.

The video opens with Sophie Hodgson, the video’s original poster, calling out to her beloved pet donkey, Dominic.

“Dom, Dom,” she calls. From somewhere off-camera, Dominic calls back to her.

Suddenly, Dominic appears across the green pasture underneath a large shade tree. When he sees Hodgson, he hesitates for a brief moment before tucking his ears back and running full speed toward her.

“Awe, I missed you, too,” Hodgson tells Dominic as he cuddles up to her, making what some called “happy donkey noises.”

“Omg is that donkey purring?! He’s so happy,” said a commenter.

According to The Donkey Sanctuary in Cyprus, donkeys often bray to show excitement, among other things.

“I’m always just as excited to see him as he is me,” Hodgson told The Dodo. “We always spend time cuddling and wrestling, which is his favorite thing about him.

“He really shows how much animals can show compassion and soul and that every life is worth saving,” she continued.

Redditors loved the video, though some also said they were a bit shocked to learn that donkeys have an affectionate side.

“This is quite possibly the cutest thing I have ever seen,” said u/so_hologramic.

“Omg, I love it. I want one…you just want to hug and kiss it. He sure does love you,” wrote u/DangerousGRANDMA5758.

“Never heard a happy donkey noise. I was led to believe all donkeys are grumpy and lazy!” shared u/ncaa_scammer.

“I constantly hear that Donkeys are a-holes and yet I see nothing but videos saying the complete opposite,” added u/Starlight_Moonlight_.

On its website, The Donkey Sanctuary said that a donkey’s “true affectionate nature” can sometimes take a while to show itself.

“One key thing to remember is that donkeys will not start out as naturally affectionate towards humans. They are a prey species with a strong sense of self-preservation so naturally avoid predators, such as humans,” the sanctuary explained.

“In situations where a donkey has suffered from neglect or abuse at the hands of humans, they may have naturally learned to perceive humans as a threat and will not show their true affectionate nature,” the sanctuary continued.

So long as handlers are welcoming and kind, said the sanctuary, donkeys will show their affection. One man went so far as to sing a lullaby to a baby donkey while rocking him in his arms. Another donkey gave a ride to an intoxicated passenger while police tried to intervene. And one woman’s video seems to show that her “childhood donkey” remembered her.