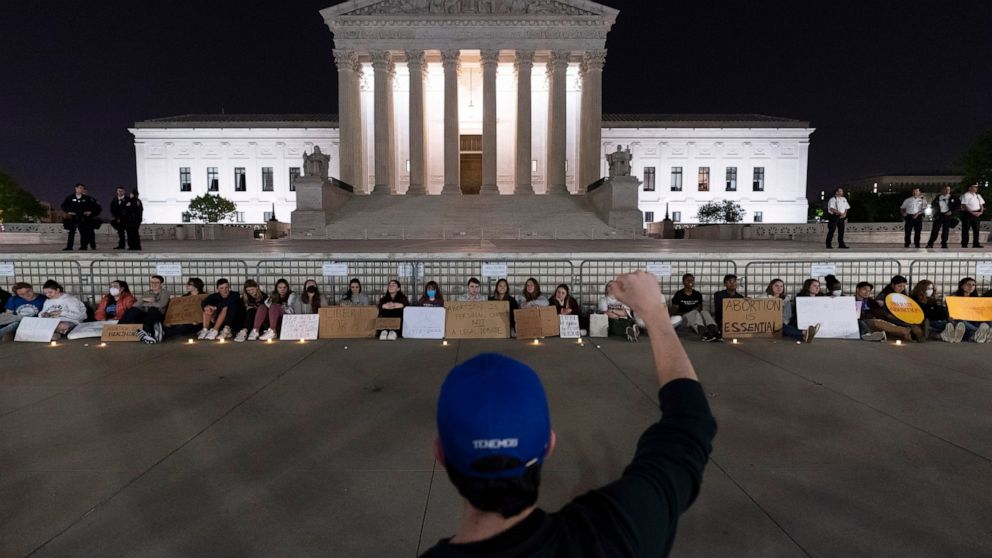 A draft opinion suggesting the US Supreme Court may be on the verge of overturning the landmark Roe v.

LANSING, Mich. — A draft opinion suggesting the US Supreme Court may be on the verge of overturning the landmark Roe v. Wade had an impact on the political battleground in Michigan, where a near-total ban on abortion could go back into effect after nearly 40 years and is unlikely to be changed by the Republican-led Legislature.

Attention quickly turned to the courts, where Democratic Gov. Gretchen Whitmer and Planned Parenthood, anticipating the ruling, filed lawsuits less than a month ago to invalidate the 1931 law that remains on the books. The development also focused on the November election, when the governor and lawmakers run for re-election and voters can decide whether to enshrine the right to abortion in the state constitution.

“To the nearly 2.2 million women in Michigan whose access to abortion hangs in the balance, I promise you this: I will fight like hell to make sure abortion remains safe, legal and accessible in our state,” Whitmer tweeted on Wednesday. Monday night.

Michigan’s pre-Roe law, dating back to an 1846 law, makes it a felony to use an instrument or administer any substance with the intent to abort a fetus unless it is necessary to preserve the life of the woman. There are no exceptions in cases of rape and incest, and Whitmer has said Michigan would have “one of the most extreme laws in the country.”

All 10 Republican candidates vying to challenge Whitmer are against abortion. Many are opposed except to protect the woman’s life, aligning with Michigan’s Right to Life position. At least two, businessman Kevin Rinke and state police Capt. Michael Brown, favor additional exceptions like rape and incest.

“If true, I think the Supreme Court was right to let the people of Michigan make their own decision,” Rinke tweeted. “As governor, I will ensure that Michigan is a state that respects the sanctity of life.”

Another candidate, former conservative news anchor Tudor Dixon, issued a lengthy statement saying she is “pro-life” and that women don’t have to “pick and choose” between having a baby.

“It may not be easy, but we will support it,” he said as he called for policy changes and urged corporations to support paid family leave.

For abortion-rights supporters, the pending high court decision made clear the urgency of a ballot campaign they announced in January in anticipation of ending federal abortion rights. The constitutional amendment would affirm the right to make pregnancy-related decisions without interference, including about abortion and other reproductive services such as birth control.

The Reproductive Freedom for All committee, which began circulating petitions in March, needs to collect about 425,000 valid voter signatures by July 11 to hold the November ballot.

“The unfortunate reality is that our destiny is now in our own hands; the US Supreme Court will not protect us,” said Nicole Wells Stallworth, executive director of Planned Parenthood Advocates of Michigan. “Our campaign to enshrine the right to abortion in the Michigan Constitution is essential, and we must remain vigilant and energized to see it through. until the end because time is running out”.