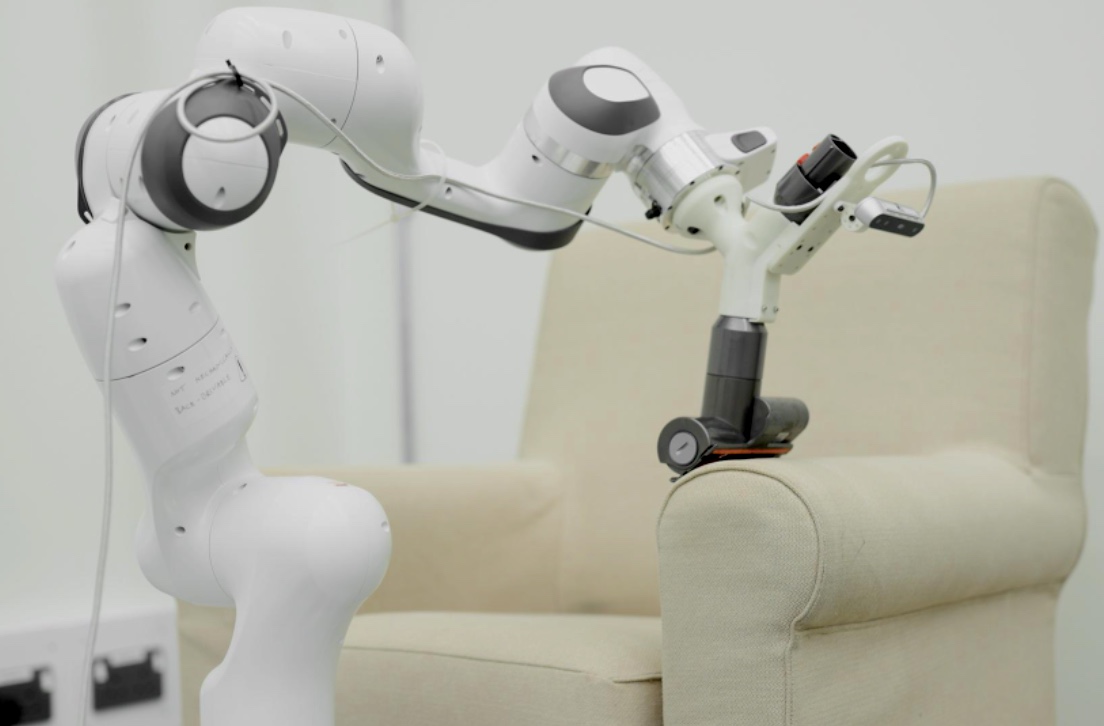 Dyson recently revealed a “top secret” project it has been working on that involves robots for housework.

While it already has some robotics experience thanks to its robovac 360 Heurist, the British company says it plans to deploy new engineering teams to the UK and Singapore tasked with developing a range of home robots.

Jake Dyson, son of company founder James Dyson, outlined the company’s roadmap in a video (below) filmed at his base in the Wiltshire countryside, about 70 miles west of London.

Although he described the robotics project as top secret, Dyson acknowledged that for the company to attract the best engineers (it aims to hire 700 in total) it needed to lift the lid on its ambitions in an increasingly competitive industry.

So the video offers a glimpse of several of the home robots in development. There is one clutching a plate of food and another holding a stuffed toy. Admittedly, such efforts hardly seem groundbreaking, but the video’s inclusion of some pixelated footage suggests the company would prefer to keep its best work out of sight for now.

During a tour of one of the company’s current robot-focused facilities, Dyson takes us into “the arm room” and “perception lab,” where several engineers offer a few words about their work.

“We are trying to achieve something that is very, very complex and that no one has achieved so far,” says an engineer. Comments like that suggest that Dyson has a lot of work to do, but if he can pull it off and create really useful robots capable of efficiently performing a variety of household tasks, the rewards could be huge.

What he doesn’t want is a repeat of the difficulties he experienced with his proposed electric car, a project he introduced in 2017 but abandoned two years later after spending an estimated $3bn. James Dyson said at the time that his team had built a “fantastic” electric car, but that the company had decided to end its development because it was “not commercially viable.”

The field of robotics clearly presents a different kind of challenge, but Dyson has the advantage of being able to apply its existing research to the development of new home devices, it seems to have a more realistic chance of making tangible progress with its latest effort. .