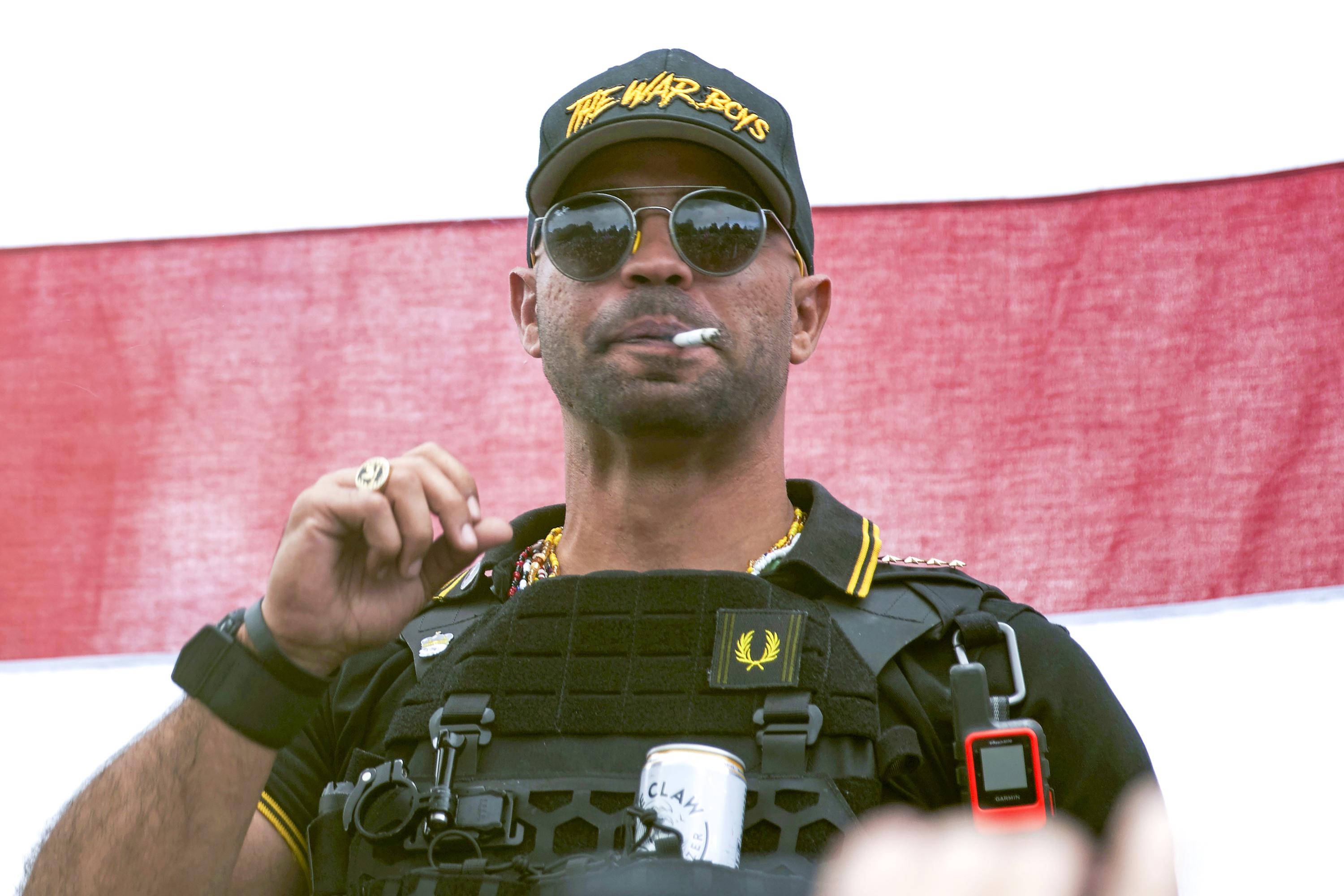 Former top leader of the Proud Boys He will remain jailed while awaiting trial on charges of conspiring with other members of the far-right extremist group to attack the US Capitol. and prevent Congress from certifying Joe Biden’s presidential victory, a federal judge ruled.

Henry “Enrique” Tarrio poses a danger to the public that cannot be mitigated with home detention and a social media ban, US District Judge Timothy Kelly said in an order issued Friday night..

Tarrio, a resident of South Florida, has been incarcerated since his March 8 arrest. one day after his accusation on charges including conspiracy. A federal magistrate in Miami previously ordered his preventive detention.

Tarrio and other Proud Boys leaders used encrypted channels, social media, and other electronic communications to plan and carry out a plot to storm the Capitol on January 6, 2021.and interfering with congressional certification of the Electoral College vote, according to the indictment.

Tarrio asked Kelly to order her out on bail, but the judge denied the request. Kelly said the evidence against Tarrio is “very strong” despite Tarrio’s argument that authorities essentially do not have “conclusive evidence” against him, “perhaps in the form of direct evidence of an order by Tarrio to other Proud Boys to storm the Capitol. ”

Tarrio was not in Washington when the insurrection took place. Police arrested Tarrio in the District of Columbia two days before the riots and charged him with ripping up a Black Lives Matter banner at a historic black church during a protest in December 2020. A judge ordered Tarrio to stay out of the capital of the country.

Before leaving Washington, Tarrio met with Oath Keepers founder and leader Elmer “Stewart” Rhodes. and others in an underground parking lot for about 30 minutes, authorities say. Rhodes and several other members or associates of the Oath Keepers anti-government militia group are charged with seditious conspiracy. in the attack on the Capitol.

A documentary filmmaker recorded part of the garage meeting.

“But not much can be gleaned about the substance of the reunion from the clips: At one point, Tarrio and others ask the filmmaker to stop,” Kelly noted in his order.

Tarrio claims to have resigned as national president of the Proud Boys.

Donohoe, 34, of Kernersville, North Carolina, pleaded guilty in April. to conspiracy and assault charges and has agreed to cooperate in Justice Department cases against other members of the Proud Boys.

Tarrio tried to contact Nordean and Biggs by phone as the two men walked in and out of the Capitol, the indictment says.