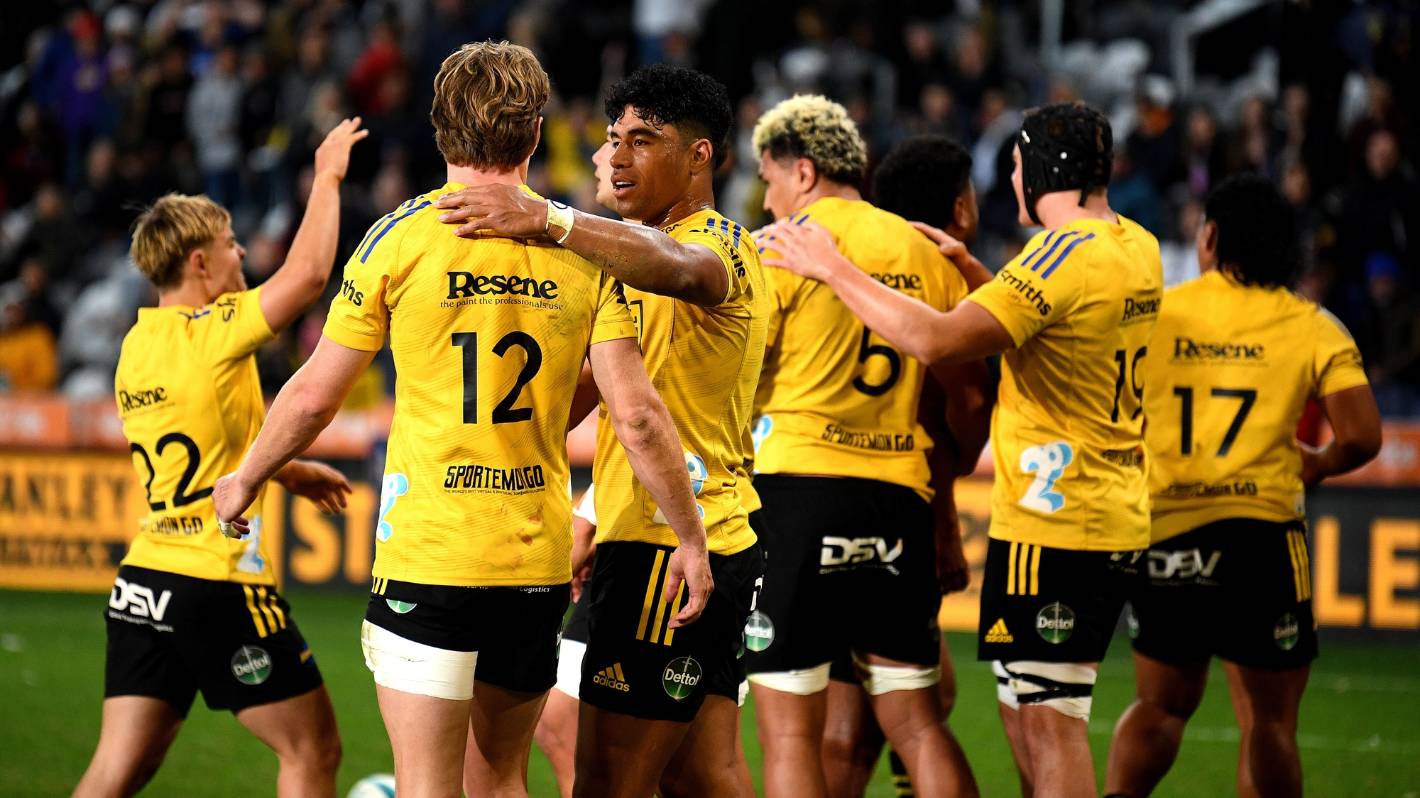 The Hurricanes have welcomed new foreign investors in a bid to expand their brand around the world.

Y11 Sport & Media, a global investment group specializing in sports, has acquired a 25% stake in the Hurricanes with Richard Mansell securing 12.5%, the Wellington-based Super Rugby franchise announced on Wednesday.

Mansell is the director of Horowhenua-Kāpiti Rugby Football Union and the CEO of Coastlands Mall.

The completion of the private investment component of the Hurricanes has been confirmed, while New Zealand Rugby has yet to secure its multi-million dollar deal with US private equity giant Silver Lake.

Y11 Sport & Media’s first investment in the sport was in 2020 with the Welsh rugby club Ospreys.

The Hurricanes said one of Y11 Sport & Media’s main goals was to develop the franchise’s intellectual property and focus on global commercial rights outside of New Zealand and Australia.

James Davies-Yandle, Chairman and CEO of Y11, said professional rugby has a lot of potential.

“The Hurricanes is a massive brand and we want to further maximize the franchise on a global scale through our management of its global commercial rights,” Davies-Yandle said in a statement.

“With investment reaching the top of the game through the leagues and governing bodies, we have positioned ourselves to invest in the clubs that compete in those leagues and tournaments, where the governing bodies want to build [the] best operating practices and competition, since it is the platform for talent to succeed at an international level. Our investments in rugby to date complement this strategy.”

The Kiwi Super Rugby franchises (Blues, Chiefs, Crusaders, Hurricanes and Highlanders) were wholly owned by NZ Rugby between 1996 and 2012 and were run by boards with representatives from the provincial unions.

That changed in 2012 and the Hurricanes were bought by private investors, as well as the Hurricanes’ Investment Ltd Partnership, run by the Wellington Rugby Football Union.

Former board member Troy Bowker sold his shares last August, two days after the Hurricanes board met over disparaging comments he made to tech entrepreneur Sir Ian Taylor.

Hurricanes Chairman Iain Potter said they were delighted to welcome their new investors.

“Y11 is a perfect fit as they share our ambitions and vision, bringing international understanding, experience and resources that will help propel our club into an exciting new era. We are delighted with the opportunities this partnership will bring,” Potter said in a statement.

“Richard Mansell brings strong business experience and insights, and a true passion for rugby that will benefit us greatly.”

Mansell said his investment was for personal enjoyment and interest.

“It reinforces a long-term commitment I have to the Hurricanes and honors the many games I was able to attend with my late father.”

The Hurricanes are sixth in the inaugural Super Rugby Pacific and face the Brumbies in Canberra on Sunday. They recorded a 30-17 comeback victory against the Reds in Melbourne last Saturday.