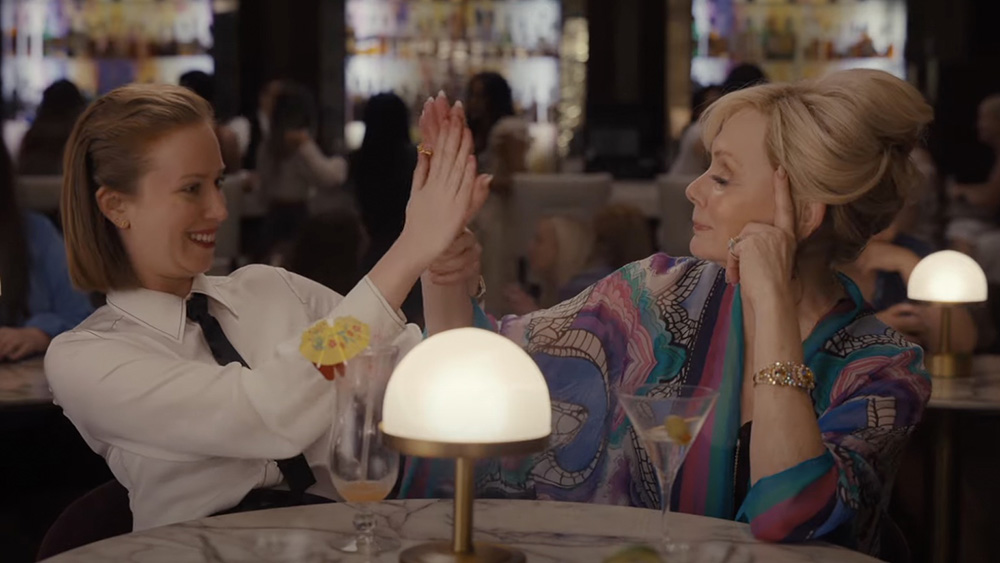 HBO Max released the official trailer for “Hacks” season 2, which premieres on May 12 with two episodes, followed by two more each week through June 2. Based in Las Vegas, she and young comedian Ava (Hannah Einbinder) travel across the country to attend a workshop on her new act.

“Hacks” is created and hosted by Emmy winners Paul W. Downs, Lucia Aniello and Jen Statsky. Michael Schur is an executive producer through Fremulon, David Miner for 3 Arts Entertainment, and Morgan Sackett. The studio is Universal Television, a division of the Universal Studio Group.

Check out the full trailer below.

A new trailer for the new BET+ original series “Kingdom Business” has been released. The eight-episode drama series stars Yolanda Adams as Denita Jordan, the “Queen of Gospel Music” at First Kingdom Church and Kingdom Records in Atlanta. The scripted series takes viewers behind the scenes into the complex and conflict-ridden world of the gospel music industry. Serayah also stars in the series with recurring guest roles from music icons Kirk Franklin, Tamar Braxton, and Tasha Cobb. All eight episodes of the show will premiere exclusively on Bet+ on May 19. Check out the full trailer below.

Julian Sergi has joined the cast of Season 3 of “Ramy,” Hulu’s critically acclaimed comedy series. Sergi will play Yuval, a new business partner of the main character (played by series creator Ramy Youssef). Sergi is best known for his supporting role in the films “War Dogs” and “Freaks of Nature” as well as his appearances in the “Key & Peele” sketch comedy series.

The Coalition of Asia Pacific in Entertainment (CAPE) has selected the 10th annual class of its New Writers Fellowship, an off-studio professional development program focused on training new writers in Hollywood. The Fellowship, co-founded and co-chaired by Steve Tao and Leo Chu, features the best writers, agents, producers and executives in the industry, and this year’s class will feature only television writers who will participate in two months of virtual masterclasses, workshops, panels, table reads, and one-on-one tutoring sessions.

The 2022 CAPE New Writers Fellowship participants and mentors are as follows:

For more information about the CAPE New Writers Fellowship and the Class of 2022, visit capeusa.org/cnwf.