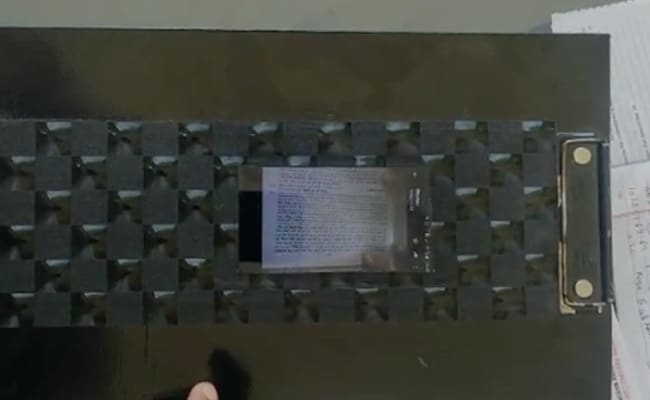 A glass clipboard with a mobile phone stuck to its middle and WhatsApp messages delivering answers is how a Class 10 student was trying to cheat during his English Board exam until he was busted by the authorities in Haryana’s Fatehabad.

The incident is from Fatehabad’s Bhuthan Kala village.

The boy was caught red-handed with his glass clipboard and the mobile phone by the anti-cheating squad.

On inspecting the mobile phone, the anti-cheating squad found that the handset contained answers to questions in the paper. A case of cheating has been made against the student.

The video showed 11 photos of textbook pages on the WhatsApp chat of the student’s mobile.

“The clipboard appeared fine at first glance. Upon closer inspection the team found that it had a mobile phone stuck to it. A cheating case has been made against the student,” said Saroj Bishnoi, member anti-cheating aquad.

In the video, the anti-cheating team is heard questioning the invigilators as to how this went unnoticed.

They are then heard saying that they will have to report the matter.