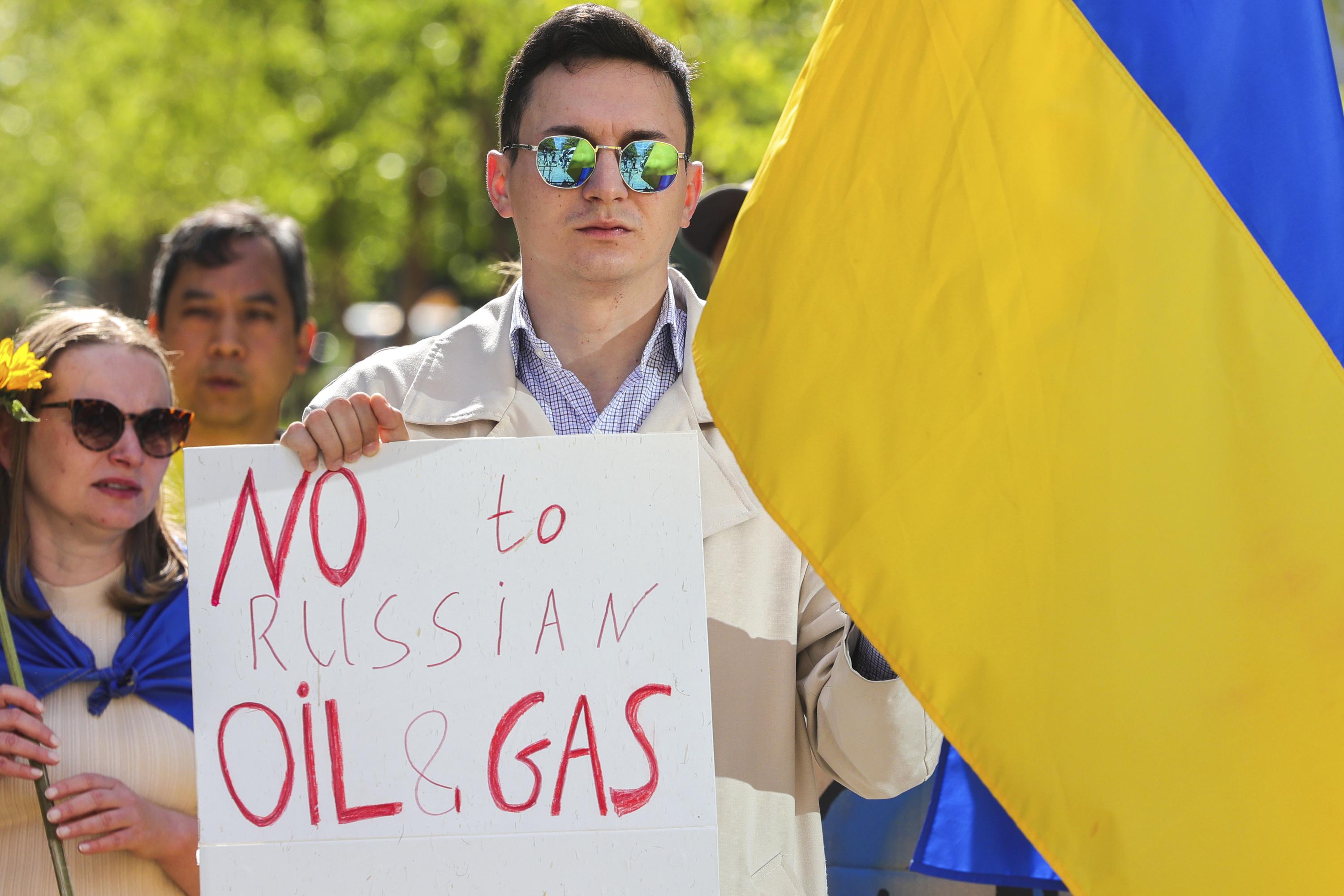 BRUSSELS (AP) — The European Union’s groundbreaking decision to ban almost all of Russia’s oil to punish the country for its invasion of Ukraine is a heavy blow to Moscow’s economy, but its effects may be mitigated by rising prices. energy prices and other countries willing to buy something. of oil, say industry experts.

European Union leaders agreed on Monday night to cut Russian oil imports by 90% over the next six months, a dramatic move that was considered unthinkable just a few months ago.

The 27-country bloc depends on Russia for 25% of its oil and 40% of its natural gas, and European countries that are even more dependent on Russia have been especially reluctant to act.

European heads of state hailed the decision as a turning point, but analysts were more circumspect.

The EU ban applies to all Russian oil delivered by sea. At Hungary’s insistence, it contains a temporary exemption for oil delivered by the Russian Druzhba pipeline to certain landlocked countries in Central Europe.

In addition to retaining some European markets, Russia could sell to China, India and other customers in Asia some of the oil previously headed for Europe, although it will have to offer discounts, said Chris Weafer, managing director of consultancy Macro-Advisory.

“Now, at the moment, that is not too painful financially for Russia because global prices are high. They are much higher than last year,” she said. “So even Russia offering a discount means that it is probably also selling its oil for about the same as it did last year.”

He noted that “India has been a willing buyer” and “China has certainly been interested in buying more oil because they are both countries that get deep discounts to world market prices.”

Still, Moscow has traditionally viewed Europe as its main energy market, making Monday’s decision the most significant effort yet to punish Russia for its war in Ukraine.

“The sanctions have a clear objective: to encourage Russia to end this war and withdraw its troops and agree with Ukraine on a sensible and just peace,” German Chancellor Olaf Scholz said.

Ukraine estimated that the ban could cost Russia tens of billions of dollars.

“The oil embargo will accelerate the countdown to the collapse of the Russian economy and war machine,” Foreign Minister Dmytro Kuleba said.

Ukrainian President Volodymyr Zelenskyy said in a video address that Ukraine will push for more sanctions, adding that “no significant economic ties should remain between the free world and the terrorist state.”

Simone Tagliapietra, an energy expert and researcher at the Brussels-based think tank Bruegel, called the embargo “a big blow.”

Matteo Villa, an analyst at ISPI think tank in Milan, said Russia will take a fairly significant hit now, but warned the move could backfire.

“The risk is that the price of oil in general rises due to European sanctions. And if the price goes up a lot, the risk is that Russia starts to gain more and Europe loses the bet,” he said.

Like previous rounds of sanctions, the oil ban is unlikely to convince the Kremlin to end the war.

Moscow used the new sanctions to try to rally public support against the West, portraying it as bent on destroying Russia.

Dmitry Medvedev, the deputy head of Russia’s Security Council who served as the country’s president, said the oil ban is aimed at cutting the country’s export earnings and forcing the government to cut social benefits.

“They hate us all!” Medvedev said in the messaging app channel him. “These decisions come from hatred against Russia and against all the people of it.”

Russia has not shied away from holding back energy to get its way. Russian state-owned energy giant Gazprom said it is cutting off natural gas supplies to Dutch trader GasTerra and Danish company Oersted and also halting shipments to Shell Energy Europe headed for Germany. Germany has other providers, and GasTerra and Oersted said they were prepared for a shutdown.

Gazprom previously stopped the flow to Bulgaria, Poland and Finland.

Meanwhile, the EU is urging other countries to avoid imposing trade barriers on farm products as Russia’s war raises the risks of a global food crisis..

Zelenskyy has said that Russia has prevented the export of 22 million tons of Ukrainian grain, much of it destined for people in the Middle East and Africa. He accused Moscow of “deliberately creating this problem.”

Russian oil delivered by sea accounts for two-thirds of EU oil imports from Moscow. In addition to the EU cutting off such imports, Germany and Poland have agreed to stop using oil from the northern branch of the Druzhba pipeline.

Agreeing sanctions against Russian natural gas is likely to be much more difficult because it represents a larger percentage of Europe’s energy mix.

“The very loud and clear message that Moscow will hear is that it will be almost impossible for the European Union to come to an agreement on the gas block because gas will not replicate as easily from other sources in Europe as oil will,” Weafer said. . .