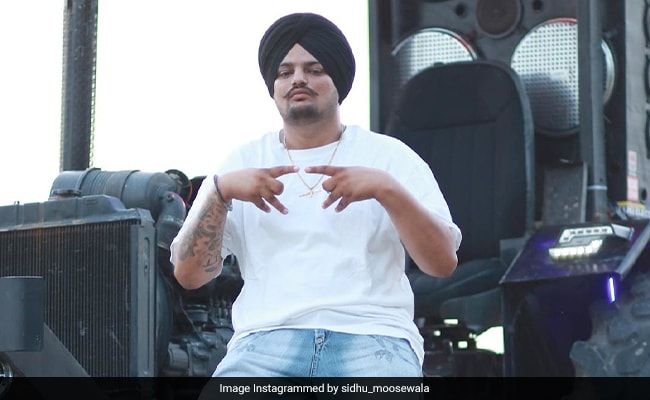 The singer was traveling in his Mahindra Thar SUV to visit his sick aunt in Barnala district.

A day after the cremation of Punjabi singer Sidhu Moose Wala, whose murder shocked the music fraternity and fans alike, chilling details of the plot to assassinate him have emerged. The singer was traveling in his Mahindra Thar SUV to visit his sick aunt in Barnala district when he was shot in broad daylight.

His friends Gurvinder Singh, who sat in the back seat, and Gurpreet Singh, who sat next to him in the front seat, were his fellow passengers. The former has revealed how it all happened.

He said that since five people were difficult to accommodate in a Thar jeep, he did not travel with his reduced security team. As Sidhu Moose Wala reached his aunt’s village, he shot himself from behind the vehicle and another vehicle blocked the jeep in front of him.

A man carrying an automatic assault rifle appeared in front of the jeep and began shooting indiscriminately, he said. The 28-year-old singer also fired twice with his pistol, which was later recovered from his jeep, but was no match for sophisticated assault rifles.

Gurvinder Singh said the shooters joined from three sides and continued to fire. Sidhu Moose Wala tried to escape in his jeep but he couldn’t, he added.

Sidhu Moose Wala was shot more than 30 times by between eight and 10 attackers, police sources said earlier. Even after firing so many shots, the attackers checked to see if he was alive, they said.

Bullets found at the murder site in Punjab’s Mansa district indicate a Russian AN 94 assault rifle was also used in the attack. Police have also found a pistol.

Punjab Police have registered an FIR under the charges of Murder and Weapons Act after a complaint from the singer’s father, Balkaur Singh, who also claims to be an eyewitness.

“On Sunday my son left with his friends Gurwinder Singh and Gurpreet Singh in a Thar car. He did not take the bulletproof Fortuner or the two guards with him. I followed him in another car with the two armed staff members Singh said. he said he in his complaint.

An SUV and a sedan were waiting on the road; each had four armed men inside, the complaint says. The men fired at the car Moose Wala was in, it adds.

“Within minutes, the cars were speeding away. I started screaming and people gathered. I took my son and his friends to the hospital where he died,” the complaint says.

The complaint from the 28-year-old singer’s father states that several mobsters had threatened him by phone.

Six suspects have been arrested in the case. Punjab Chief Minister Bhagwant Mann has ordered an investigation into why the popular rapper and singer’s security was reduced. He was on the list of 424 people whose security cover was removed by the Punjab police two days ago.

Canadian gangster Goldy Brar claimed responsibility for the murder of Sidhu Moose Wala on Facebook. Goldy Brar is a close associate of gang leader Lawrence Bishnoi, a former Delhi University student leader who is the prime suspect in the singer’s murder and is in Tihar jail on a different case. Lawrence Bishnoi’s attorney denied his involvement, questioning, “How can you plan such a large murder conspiracy from jail?”