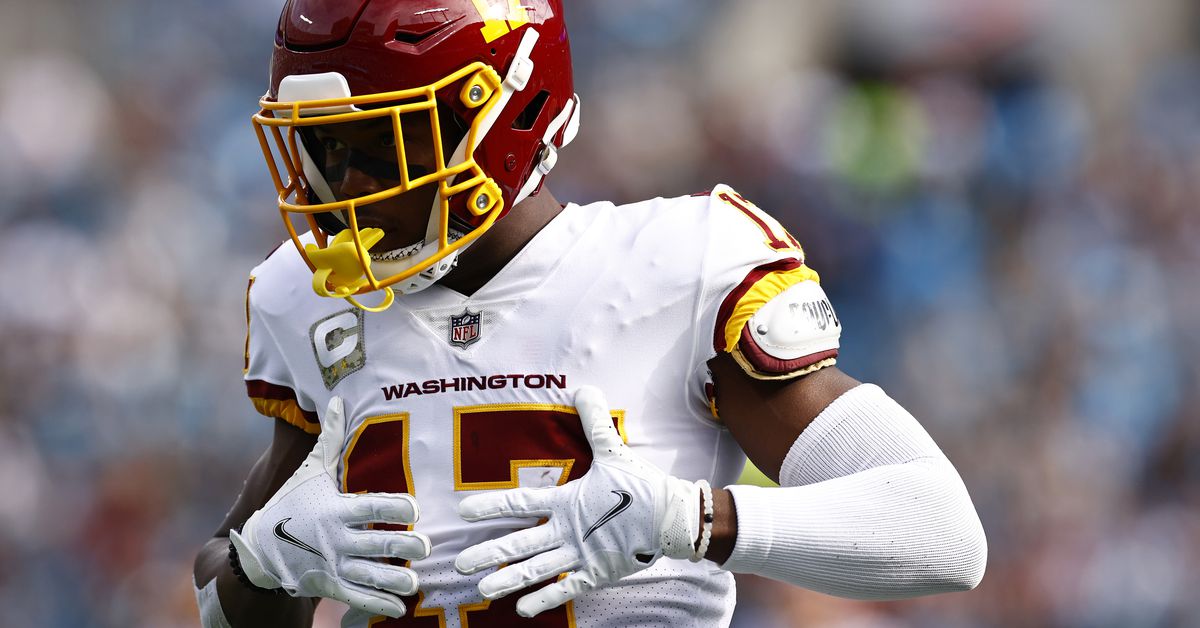 In 2019, the Green Bay Packers selected tight end Jace Sternberger with the 75th pick in the draft. Sternberger, who spent time in 2021 with the Packers, Seahawks, Commanders and Steelers, has 12 receptions for 114 yards and a single touchdown to date in his NFL career. The pick immediately following Sternberger’s selection was Washington’s choice of receiver Terry McLaurin, who has cracked 3,000 career receiving yards at the age of 26. According to The Athletic‘s Ben Standig, the Commanders and McLaurin are expected to have “intensified extension talks” starting around the NFL draft. That could potentially open a window for the Packers to correct a past mistake.

Over the weekend, Green Bay Packers president and CEO Mark Murphy discussed the team’s wide receiver situation in his Murphy Takes Five column, stating, “With four picks in the first two rounds, we have the draft capital to either trade for a veteran receiver or draft a top-quality receiver(s). I’m confident that our wide receiver room will look very different in September than it does now.”

Obviously, with just Allen Lazard and Randall Cobb as significant returning contributors, the Packers seem unsatisfied with what they have at receiver going into the season. With the receiver market already mostly depleted as the first, second and third waves of free agency have passed, it could be time for the team to look at the trade market, if they plan to add a veteran pass-catcher.

As Green Bay fans learned the hard way, any wide receiver is realistically available right now. Former Packer Davante Adams, coming off of two All-Pro seasons, was sent to the Las Vegas Raiders for a first- and second-round pick and was immediately awarded a five-year, $141 million contract that reset the asking price for the position . Within days, the Kansas City Chiefs traded Tyreek Hill to the Miami Dolphins, who was given a new four-year, $120 million contract, in exchange for five draft picks.

while, according to The Athletic, Washington’s head coach Ron Rivera claims the team has “plenty of time” and that they “wouldn’t entertain” a trade, it’s hard to make decision-makers at their word this offseason. It’s not like the Chiefs and Packers were screaming that Hill and Adams were available with hot mics around. Only weeks ago, the Seattle Seahawks swore they weren’t going to trade quarterback Russell Wilson, just for him to get sent to the Denver Broncos minutes after Aaron Rodgers announced he would return to Green Bay.

With the draft this month, McLaurin should soon be able to judge if Washington is on the path to giving him a contract that is in the ballpark of acceptable. If they aren’t, the Packers — who were willing to pay Adams market-setting money — should be the first team that bends his ear about a potential trade-and-sign. While their cap situation isn’t great, Green Bay has more than enough cap space in the short term to make the move for McLaurin and his new deal, at least until post-draft when a decision on the future of cornerback Jaire Alexander would have to be made fairly quickly.

Washington’s situation, in terms of draft picks, is also the yin to Green Bay’s yang. The Commanders only have two picks in the top-100 and three picks in the first five rounds of the draft, while the Packers have 11 picks, the second-most in the 2022 class overall, and are right outside the top-five in draft capital league-wide.

At the very least, McLaurin’s contract negotiation is something Packers fans will want to keep tabs on throughout April.