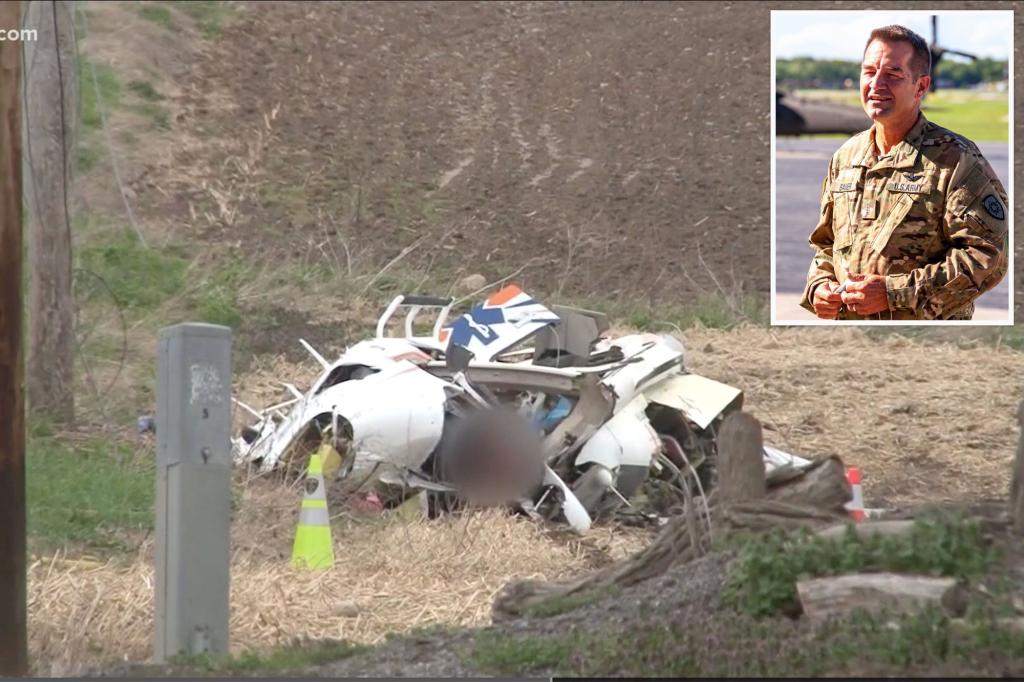 A medical helicopter pilot and a flight instructor were killed in an accident Tuesday during a training flight in western New York, according to state police and the transportation company.

The Mercy Flight helicopter crashed around 1 pm near the town of Elba in Genesee County, which is about halfway between Buffalo and Rochester, Maj. Eugene Staniszewski said at a news conference.

There were no patients on board, authorities said. Mercy Flight said the cause of the crash had not been determined and that it occurred during annual training at the Bell Helicopter factory.

Buffalo-based Mercy Flight identified the pilot as James Sauer, a retired New York State Police pilot. The flight instructor, who worked for the helicopter manufacturer, was identified by state police as Stewart Dietrick of Texas.

A photo from The Daily News website in nearby Batavia showed smoke billowing from rubble in a field.

Staniszewski of the state police said the Federal Aviation Administration and the National Transportation Safety Board would investigate the cause of the crash. Weather doesn’t seem to be a factor.

Downed power lines were visible near the wreckage but are not believed to have contributed, Staniszewski said.

“I don’t think the lines caused the crash, but the plane may have hit the lines on the way down,” he said.

Mercy Flight transports patients to area hospitals in a Bell 429 helicopter, according to the nonprofit company’s website. The twin-engine plane was staying at the Genesee County Airport, which is just under 3 miles from the crash site.

The company called it an “unspeakable tragedy.”

“This is a very dark day for the Mercy Flight family, and we are so grateful for the expressions of love, concern and support expressed by so many,” said company president Margaret Ferrentino.

Mercy Flight said it temporarily suspended operations to allow its employees to grieve and to ensure other helicopters can operate safely. The company said any requests it receives in the meantime will be routed to other local resources.