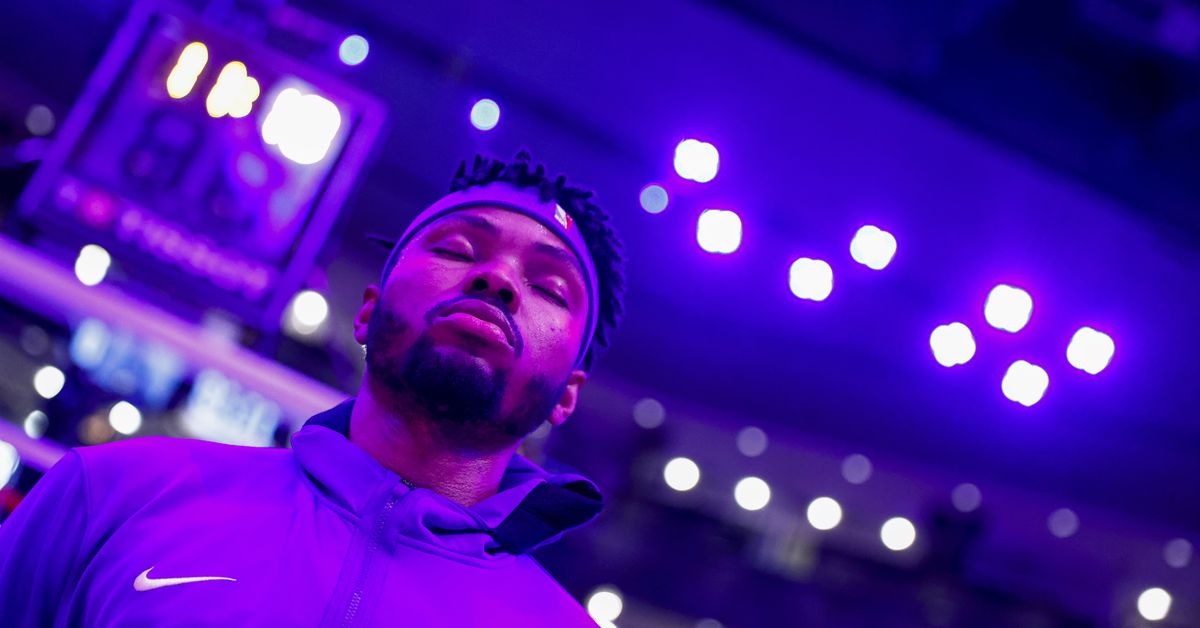 Sometimes in life, we take risks, and they may be the best decisions we make or something we ultimately regret. For Kent Bazemore, the opportunity he took by leaving the Golden State Warriors last summer for less money to play for the Lakers this season was, shall we say, something that is probably will think for quite a while.

It sounds like it’s something Bazemore has already pondered as he watched his former teammates reclaim the throne as kings of the Western Conference on Thursday.

Because after the Warriors’ series-clinching win against the Dallas Mavericks, Bazemore sent out a cryptic tweet…

Congratulations to my friends….

…and seemed to instantly regret it when he saw the responses:

I am angry, I even gave you all the time. That is in me. It has to be better. These med ball punches are going to hit different today pic.twitter.com/hdrw78TJc3

Job done for the day. It is quite evident that most of you do not know my story. If you were half as critical of your own life, then the world would be a much better place. I hope you got what you wanted because to me it’s just noise.

Look, it’s hard to blame the 14-year veteran for feeling any way. Because when Bazemore made the decision to leave the Warriors last summer to make less money in Los Angeles, he assumed he would have a more integral role and a compelling shot at a championship with the Lakers, who at the time were the favorites of many. on the Warriors (and the entire Western Conference).

Bazemore turned down more money and years (two) from the Warriors, sources say, but believes he will have a bigger role and a chance to win a championship with the Lakers. Bazemore is betting on himself. https://t.co/rw1VyXMN9c

Not only did this painful decision end up slapping Bazemore in the face nine months later, but his desire to play more and compete for a championship also didn’t come true. In fact, Bazemore’s season in LA was his least productive since his rookie year, averaging just 3.4 points, 1.8 rebounds in 39 games. He started in the Lakers’ first 13 games this season, but his lack of effectiveness was the reason he was buried on the bench and never saw consistent minutes all season.

When the guard was heavily recruited in the summer by Rob Pelinka and Frank Vogel, the Lakers hoped Bazemore would fill the void left by Kentavious Caldwell-Pope and Alex Caruso, specifically for the team’s perimeter defense and shooting needs. After all, Bazemore was, on paper, the best two-way guard and 3-D wing combination available on the limited market for little money.

Bazemore was coming off a season with the Warriors in which he averaged a career-best 40.8% on 3-point shooting in 67 games, playing a total of 1,333 minutes as a starter. He followed this up with an inconsistent 36.3% 3-point shooting in just 544 minutes of playing time in Los Angeles. He never really thrived in Vogel’s system and it didn’t help that the Lakers’ guard rotation of Austin Reaves, Avery Bradley and Malik Monk was favored over him.

So it’s hard not to feel for Bazemore right now, who is probably replaying his life’s motto in his head as he watches the Warriors march to the NBA Finals. We all have regrets in life, just like Bazemore, but that’s part of the consequence when we take risks.

The only thing Bazemore can do now is practice what he preaches, and chop wood and carry water while waiting for a chance at redemption.

For more Lakers talk, subscribe to the Silver Screen and Roll podcast at itunes, Spotify, stapler either Google Podcasts. You can follow Nicole on Twitter at @nicoleganglani