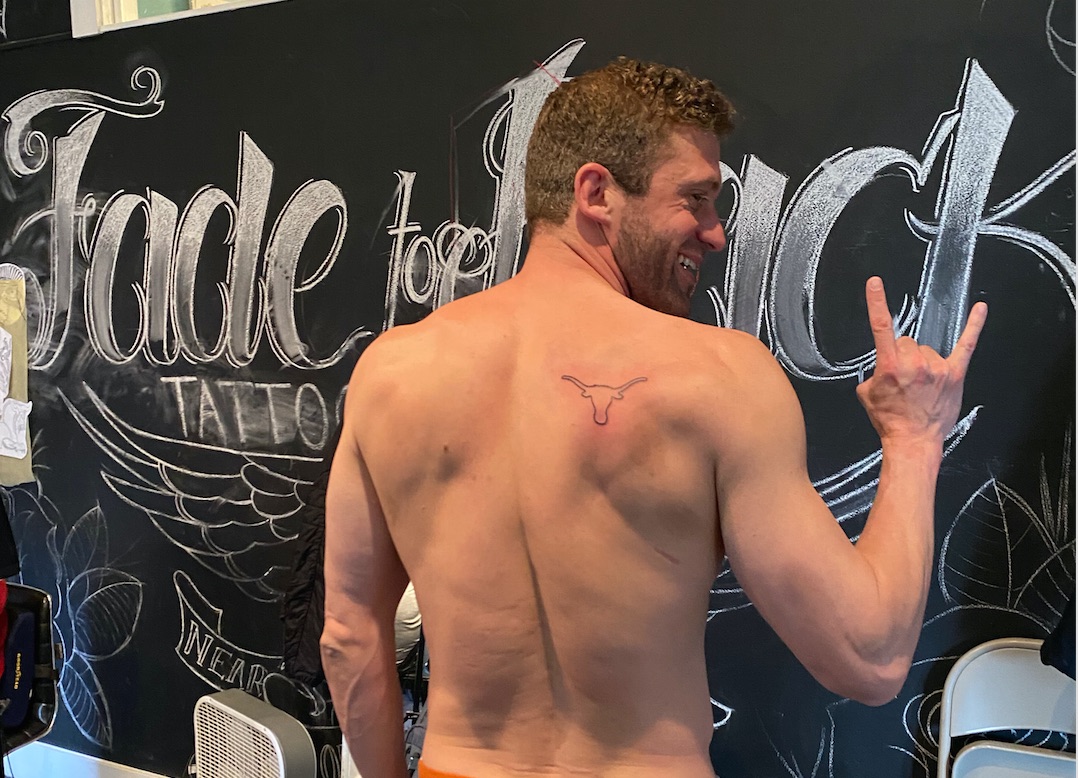 courtesy of James Fike, Founder and CEO of Fike Swim

If you haven’t read my previous Less Is More articles, check them out here:

And if you really want the details, subscribe to my Less Is More vlog:

Activation and Recovery
Currently every practice begins with 8-10 minutes of activation on deck, no matter what the practice will be. This work is invaluable and makes it so your first 25 feels like you’ve been in the water for a few hundred already. I do a series of dynamic stretches, small muscle movements, and jump roping, but going forward I want to extend each exercise and add resistance bands, all of which will take the time to about 12-15 minutes. Additionally, each day ends with about 40 minutes of stretching before bed, but this could easily go to an hour. I plan on pushing my body harder than ever, and that will require more stretching for injury prevention and peak performance.

Technique
Technique is a perpetual struggle, for everyone I think. Swimming motions, especially of the breaststroke variety, are not normal human movements. When you combine that with the fact that the body is always looking for the easiest and most comfortable movements, you end up with constant pressure pushing back against your goals. My big goal on every stroke is to slam my face in the water and drive the top of my head forward, as if the back of my head is attached to a rope being pulled down the pool. I pretty much did that in the 50 and 100 this season, but there were several strokes in the 200 at Sectionals that could have been better. It’s frustrating but also encouraging, because it means there is room to improve and get faster. Currently one of my solutions to this problem as I begin a new training cycle and ramp back up is to do four or five 100s of “gentle” breaststroke without pullouts, simply going through the fundamental breaststroke motion (ie, pull, breathe, kick, glide) but working the head motion every time. It kind of looks like a rec swimmer breaststroke, but a rec swimmer who is really angry with their face. Another great solution is breaststroke pull with fins and dolphin kick to help me get way up (like belly button at the surface) and forward fast.

Tempo
I focused heavily on power and distance per stroke from September through February and neglected my tempo. Sprint 25s, which used to be a staple in my training, were few and far between. I was obsessed with becoming a better second half swimmer, because that was always a huge weakness, so I did sets like: 7 rounds (done 4 rounds, break, 2 rounds, break, 1 round) of 50 free @ 90%, 50 breast @ 100%, 50 easy. In prelims of the 100 at Sectionals I took five strokes, then six, six, and seven by 25. That resulted in a 54.0. The plan for finals was five strokes, then seven, seven, and eight by 25, but I was so used to stretching out my strokes I ended up doing the exact same race and going 53.95. Had I added those three strokes I would have easily beaten by best of 53.81 done just a couple months earlier. But hey, another example of room to improve. My favorite set for tempo work is (25m pool):

More “Distance”
It’s very difficult to change how you swim and how you race over longer sets like 20×100. So for the last three and a half years I have mostly stuck to 25s and 50s as I built a more explosive, sustainable breaststroke. It was only in the last training cycle that I included 75s and 100s from time to time, but they were never successive repeats. If I did a 100 breaststroke, it was followed by something else before doing another 100. Now that I’m equipped to handle longer distances, I’ll do more 75s and 100s, like by tweaking my favorite set from 50s to 75s (25m pool):

Weight Room
The day after my last race of the season I was in the gym tackling new strength goals. For the first few weeks of this new training cycle I am doing about 1,000 pushups each week before mostly cutting them out due to the intensity of the training and strain it all puts on my shoulders. And I’ll be more aggressive with pullups throughout the new season, meaning more of them and more done with added weight. I also want to include standing pull downs at the lat pulldown machine more regularly in order to specifically improve the pull down portion of my pullouts. Here are the goals for my primary/big movements:

I currently weigh about 214lbs, but I want to get to 220lbs this year. Going from 195lbs in college to 214lbs now, and the strength gains that came with it, certainly helped me get faster. So, I’m hoping to push on that a little more. This will require a bit of force feeding throughout the day, just as it did when I added 20lbs, as I burn calories very quickly.

The Tattoo
I show up for practice every day because I love this sport. But it’s the frustration of the coulda-shoulda-woulda that pushes me through the hard sets. I swam for Texas when we won NCAAs in 2000, 2001, and 2002. For two of those years I missed qualifying for the meet by about three tenths in the 100 breast. Back then the automatic time was around 54.1 if you can believe it, and the invited time was about 54.8. As a result, I was not able to get the championship ring or the tattoo. I left Texas with a nagging feeling that I could have made it. It took 17 years of coming up short year after year, but I finally hit 54.8 in the 100 in 2019. And now that I’m at 53.8 and 1:58.0, which I never dreamed of because I thought I wasn’t capable of doing a good 200 breast, I felt it was time to get what I earned so many years ago.

The big question is still, how much longer can I keep dropping time? Studies have shown men are capable of strength gains into their 40s, and so if you put aside conventional swim wisdom which says you must grind a certain number of yards and do certain kinds of sets, then I don’t see any reason why I can ‘t continue dropping time for at least a couple more years. But we’ll see. One meet at a time. Good luck with your training. I hope this helps you SWIM DIFFERENT!

If you like this article and still want to know more, stay tuned to the Fike Swim:

“We design products exclusively for the toughest sport in the world. We unapologetically place swimmers on a pedestal. The rigors they embrace on a daily basis can only be understood by another swimmer and they deserve a company focused 100% on helping them succeed. Whether you’re just starting out or training for Paris, we stand behind you.”
-James Fike, Founder

Fike Swim Products was born when founder James Fike put a brick on top of a kickboard and transformed just another legs-only kick set into a total body workout felt into the next day. Since then it’s been our mission to create unique swim equipment with the single-minded goal of making you faster. We don’t sell toys. We create tools to help you reach your potential.