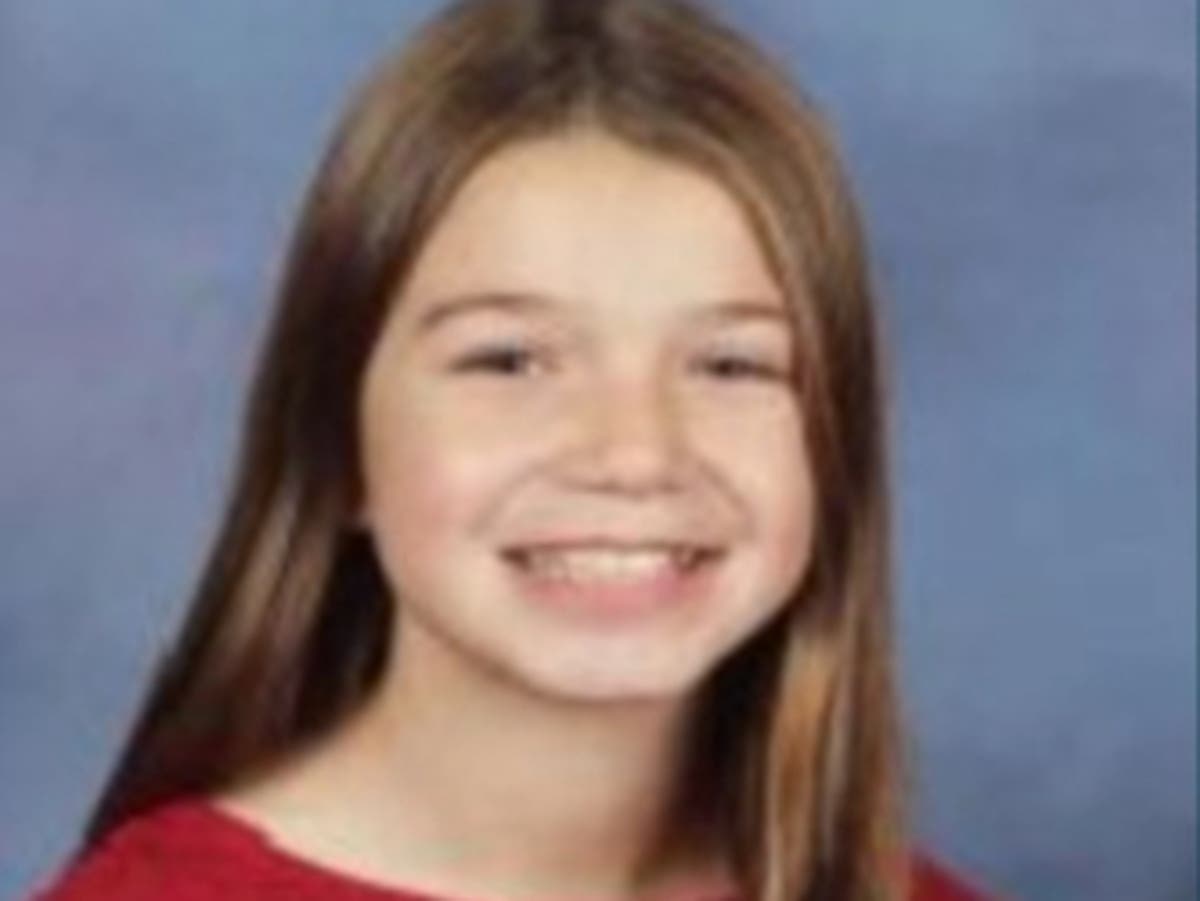 Chippewa Falls police have arrested a juvenile suspect in connection with the murder of 10-year-old Liliana “Lily” Peters.

Chief Matthew Kelm announced the arrest at a news conference Tuesday night, where he did not reveal the suspect’s name, gender or age, but said the slain schoolgirl knew them.

Police executed a search warrant at the home on North Grove Street, where the 10-year-old boy was believed to have last been seen alive.

After the search, the suspect was taken into custody, the police chief said.

Lily was reported missing around 9 p.m. Sunday night when she did not return home on nearby East Birch Street from her aunt’s house on North Grove Street.

The schoolgirl’s bike was found nearby hours later.

Then, around 9:15 a.m. Monday morning, Lily’s body was discovered in a wooded area near a Leinenkugel Brewing Company walking trail.

Lily’s cause of death has yet to be confirmed, but investigators are treating it as a homicide.

The police chief said there is no further danger to the public.

ICYMI: What happened to Lily Peters?

The remains of Iliana “Lily” Peters, who was reported missing on Sunday, were found the next day not far from her aunt’s home in the town of Chippewa Falls.

Lily reportedly visited her aunt’s house on Sunday and left on her bike, but did not return home after what would normally have been a six-minute walk. Her father became concerned and called the police at 9 p.m.

Police searched for Lily late Sunday night and eventually found her bike near a wooded area about four blocks from her aunt’s house, “near the walking path between the end of N Grove Street and the parking lot of the Leinenkugel brewery,” they said.

Police continued to search for Lily, going door-to-door to ask neighbors if they had seen her. The Chippewa Falls Police Department eventually called in K9 units and drones to assist in their efforts.

At approximately 9:15 a.m. Monday morning, police discovered Lily’s remains in a wooded area near the Chippewa Creek Walking Trail and the brewery. The corner office later confirmed that the remains were Lily’s.

The Chippewa Valley community has come together in a show of support for Lily Peters and her family.

To honor her life, they began to fill a monument in front of her school, Parkview Elementary, filling it with purple flowers, stuffed animals and signs calling for justice for Lilly.

Locals have built another memorial near Duncan Creek on Jefferson Avenue, where the 10-year-old’s body was found Monday morning.

“I grew up in this town. I’ve lived here practically since I was in kindergarten and always felt very safe,” Chelsea Torgerson of Chippewa Falls told WQOW.com. “I know these things happen in all parts of the world every day, but this is too close to home.”

A GoFundMe page has been set up for murdered 10-year-old Lily Peters to raise funds for her funeral and memorial.

Started by Erin Mc Carthy, a “close family friend of Lily’s”, the page stated “Lily’s loss is devastating” and “although Lily is no longer with us, her spirit and smiles will always be.”

“This is a very tragic loss and a complete nightmare. All donations will go to Lily’s family for the cost of the funeral and any additional expenses that may occur (sic).”

In a letter sent to parents Tuesday, Mike Johnson, the superintendent of the Eau Claire Area School District (ECASD) said he had reached out to the Chippewa Falls Area Unified School District (CFAUSD) to offer support “through of staff and other resources. .

Mr. Johnson also said that support, such as counseling, is available for ECASD students and staff who may be affected by Lily’s death “due to our proximity to Chippewa Falls” and urged the community to come together during This weather.

“As always, please contact me or our staff with any concerns and questions. Our students, families, staff, and community need to support each other during this difficult time,” the memo says.

Lily was in the fourth grade at Parkview Elementary School, which is part of CFAUSD.

Several members of the Chippewa Falls community were seen attaching the tapes to utility poles throughout the town center, the report reported. Milwaukee Journal Sentinel.

Ingrid Sievers, owner of the local ice cream parlor Olson’s Ice Cream, tied one to the front of the store and said the community was “all in mourning” over the girl’s death.

“It’s a small town that’s pretty tight-knit and I think it was a shock,” he said.

“We’re just here to show solidarity and love for each other and the family and friends who lost her.”

The public is urged to stay away from the crime scene.

Police are urging the public to stay away from the crime scene as the investigation continues.

Chippewa Falls Police Chief Matthew Kelm said at Tuesday night’s news conference that law enforcement is continuing to hold the scene which he said was the wooded area around the trail between the north end of Grove Street and the brewery parking lot.

“This is important to the integrity of the investigation and we ask that you continue to avoid this area,” Chief Kelm said.

The crime scene had been processed late Monday and Lily’s body was brought in for an autopsy, he said.

A minor known to have killed 10-year-old Liliana “Lily” Peters has been arrested on suspicion of her murder, according to authorities.

Chippewa Falls Police Chief Matthew Kelm announced at a news conference Tuesday night that the suspect was taken into custody earlier that night and is no longer in danger to the public.

The police chief said the suspect was “not a stranger” but was “known” to the slain 10-year-old boy.

The suspect’s name, gender and age were not released and Chief Kelm would not confirm if the individual is related to Lily.

The arrest came after police executed a search warrant at 422 North Grove Street in Chippewa Falls, Wisconsin, and evidence of the property was collected, he said.

the independentRachel Sharp has the full story:

A heavy police presence was seen at a home on North Grove Street Tuesday night, where the execution of a search warrant led police to the suspected killer.

Photos posted online by Lou Raguse, reporter for KARE11 reveal police tape around the house on North Grove Street and the road blocked while police removed items from the property.

Police Chief Matthew Kelm said at a news conference that a search warrant was executed at 422 North Grove Street and, after evidence was found, a suspect was taken into custody.

Records show Lily’s relatives live at the address and, when the 10-year-old girl was first reported missing, police said she disappeared after leaving her aunt’s home on North Grove Street to head to his own house on East Birch Street.

The public sent more than 200 tips during the investigation

Members of the public submitted more than 200 tips to police during the search for Lily Peters’ killer, Police Chief Kelm said.

The police chief thanked members of the public who had provided “critical” information in the investigation.

“While nothing will bring Lily Peters back or change what happened, we are very grateful to be able to bring this news to the family and the community,” he said of the arrest.

He also spoke of how the community came together in the tragedy, pointing to the purple ribbons that were tied around utility poles throughout the city in honor of the 10-year-old boy.

No longer a danger to the public, says police chief

Chippewa Falls Police Chief Matthew Kelm said there is no longer any danger to the public following the arrest of a juvenile suspect in connection with the murder of Lily Peter.

Police had warned the community to remain vigilant on Monday as the killer was still at large.

Parents were urged not to let their children walk to and from school and there was a heavy police presence at local schools on Tuesday, particularly at pick up and drop off times.

Following the suspect’s arrest, Chief Kelm said police do not believe there is any continuing danger to the community.

When asked if police are looking for anyone else in connection with the murder, he reiterated: “I’m sure there is no danger to the community at this time.”