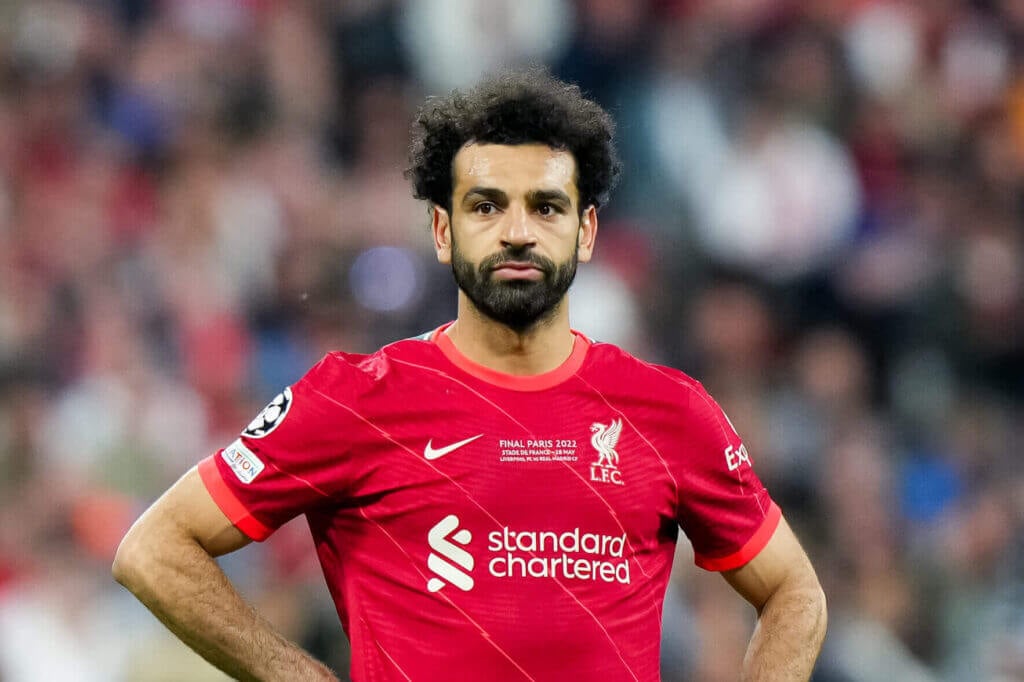 Sadio Mane is keen to move away from Liverpool, but team-mate and fellow striker Mohamed Salah isn’t going anywhere this summer, regardless of whether he signs a new contract.

The prolific Egyptian international intends to reject any attempts to remove him from Anfield during the next transfer window. He is fully committed to Jurgen Klopp’s side for 2022-23 and is convinced that none of the other European heavyweights will turn their heads.

However, beyond next summer, Salah’s future is increasingly uncertain. Unless the 29-year-old receives a significantly upgraded contract offer from Liverpool, he will leave as a free agent at the end of next season. In that scenario, Salah’s preference would be to stay in the Premier League rather than travel abroad.

This offseason is pivotal in the context of Salah’s career.

Liverpool owners insist they want to retain the services of the newly crowned Football Writers’ Association Footballer of the Year, but time is ticking as he prepares to enter the final 12 months of a deal he signed in the summer of 2018.

the athletic He understands that Fenway Sports Group chairman Mike Gordon, rather than outgoing sporting director Michael Edwards or his successor Julian Ward, has been leading the talks with Salah’s agent, Ramy Abbas.

However, there have been no face-to-face talks since December, when Dubai-based Abbas flew to Miami to meet with Gordon. During those negotiations, it became clear that there was a huge disparity between what one side wanted and what the other was willing to offer. A revised set of demands was subsequently sent via email, but the standoff dragged on into the second half of the season.

The exact numbers involved remain unclear. Contracts at Liverpool are complex with a host of bonuses tied to individual and team performance. They also have a pay structure that owners are loath to break. Salah, Virgil van Dijk and Thiago are in the top income bracket.

Sources close to the player insist that what Salah was offered was effectively equivalent to a 15 per cent pay rise on his current terms, which they felt understated his status in world football.

After assessing what other elite players earn in the European game, they believe the salaries he is seeking at Liverpool would make him the sixth highest paid footballer on the planet. Earlier this season, Salah himself insisted that he was not asking for “crazy things”.

Salah, who has scored 156 goals in 254 games since moving from Roma for £43.9m in the summer of 2017, turns 30 in a couple of weeks but has just matched his second-best comeback in a single season with 31 goals in all competitions as Liverpool won the Carabao Cup and FA Cup before narrowly missing out on Premier League and Champions League glory. He is also incredibly durable, averaging more than 50 club appearances per season during his five years on Merseyside.

He shared the Premier League Golden Boot with Tottenham’s Son Heung-min with 23 goals and won the award for most assists in the top flight after creating 13 more. He is happy in Liverpool and settled in Cheshire with his wife Magi and his daughters Makka and Kayan. But he wants a contract that he believes is representative of his importance and value to a team that is fighting for the biggest prizes in European football.

It has been speculated that the duration of a possible extension is a stumbling block. Nevertheless, the athletic learned that Salah would be willing to sign a new two-year deal if the terms were right. He’s not looking for the security of a four-year deal. He is a model professional and is convinced that he will continue to deliver at the highest level well into his 30s.

As Liverpool prepare to launch another attempt to negotiate a compromise with Salah and head off the possibility of the issue dragging on into next season, new sporting director Ward will be tasked with finding a replacement for Mane.

The Senegalese international, who like Salah is in his last year, wants to take on a new challenge after six years at Anfield. Bayern Munich are the favourites, but Liverpool are ready to play hard. They want around €50m (£42.5m) instead of the €30m (£25.5m) fee that has been touted in Germany.

Liverpool brought forward its summer plans to buy attacker Luis Diaz when it completed a £50m move for the Colombia international in January. However, the likely departure of Mane, coupled with the addition of striker Divock Origi to AC Milan as a free agent, means that area of ​​the team will need to be further strengthened.

The club is also expecting a lot of interest in Takumi Minamino, who was their top scorer in both domestic cups last season but then did not feature in any Wembley finals and saw his opportunities in other competitions limited, starting just one Premier League game. Purchased from Red Bull Salzburg for £7.25m in January 2020, the Japan international is valued at around £17m. Inter Milan and Leeds United have previously shown interest.

Senior figures at Anfield held talks about a possible free agent deal for Kylian Mbappe earlier this year, but it soon became clear that they simply couldn’t make the numbers work financially. It became a direct shootout between staying at Paris Saint-Germain and joining Real Madrid after his contract expired. The French international opted for the former.

Where Liverpool turn next will be intriguing.

They have previously shortlisted the likes of Lille’s Canadian international Jonathan David and West Ham’s Jarrod Bowen, who has just received his first senior cap from England. They must be bold given that Manchester City have already strengthened the team that won them the title last season with the signing of Borussia Dortmund striker Erling Haaland. 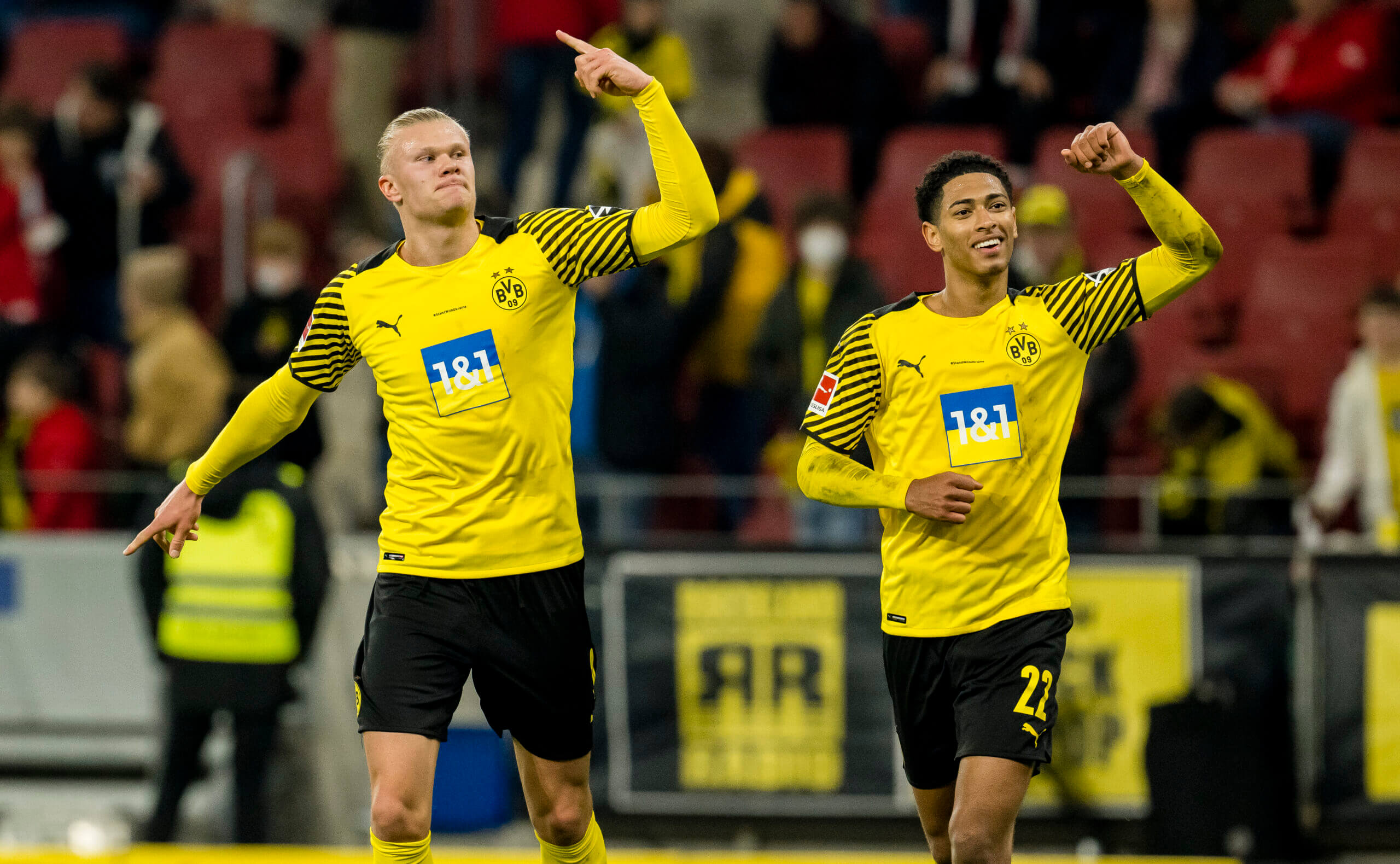 A new attacking option Klopp will have in 2022-23 is Fabio Carvalho. The talented teenager will officially join the club on July 1. Liverpool will pay Fulham £5m, with an additional £2.7m to potentially go on in add-ons. The west side of London also has a 20 per cent sell clause.

Liverpool see Carvalho as capable of playing up front as well as in an advanced role in midfield. They have no intention of lending it. Harvey Elliott, who played youth football for him alongside Carvalho at Fulham, is convinced he will prove to be a great asset.

In addition to Salah and Mane, Roberto Firmino, Naby Keita and Alex Oxlade-Chamberlain are also nearing the final year of their contracts.

Firmino is eager to stay, despite losing his status as regular starter after the impacts of Diogo Jota and now Díaz. “I am very happy here,” said the 30-year-old Brazilian. “I am grateful to God to be here playing in a great club with great players, winning titles. And my will is to stay.”

Liverpool hope to agree an extension with Keita, while Oxlade-Chamberlain’s future depends on whether he pushes for a move. The former Arsenal man did not play a minute of football in the final two months of the season after falling from favour. The club will listen to offers.

Klopp said before the Champions League final last weekend that all the players know exactly where they stand.

Vice-captain James Milner, who is a free agent this summer, is currently weighing whether to stay at Anfield on a heavily incentivized one-year extension or pursue a move that will guarantee him more regular action. The 36-year-old is not short of options.

Liverpool will seek to strengthen their midfield.

Jude Bellingham is widely admired, but it is accepted that it could be difficult to land the 18-year-old England international this summer given that Dortmund are already losing Haaland. He would require more than £80 million. Aurelien Tchouameni, 22, of Monaco, has been widely sought after, but Liverpool believe he is destined to join Real Madrid, and PSG are also interested.

Loris Karius will certainly go free as the goalkeeper tries to revive his declining career.

Nat Phillips, Neco Williams, Ben Davies, Ben Woodburn, Sheyi Ojo and Sepp van den Berg have all just completed Championship or Scottish Premiership loans. Woodburn is out of contract this month, while it’s hard to see any of the others forcing their way into Klopp’s plans for next season.

The values ​​of Phillips and Williams have been enhanced by their eye-catching contributions in helping Bournemouth and Fulham secure automatic promotion to the Premier League. Liverpool pocketed a £1.5m loan fee for Phillips and a further £250,000 following Bournemouth’s return to the top flight.

Ward will demand around £15m for the centre-half and a similar fee for Wales international right-back Williams. Liverpool are in no hurry to sell and are prepared to wait until later in the window.

They are also looking to complete a £4m deal for Aberdeen teenager Calvin Ramsey. The Scotland Under-21 full-back would effectively become Trent Alexander-Arnold’s deputy at right-back if he signs.

There’s a lot to sort out before pre-season kicks off in Kirkby on Monday 4 July. Among other things, trying to bring the Salah saga to a successful conclusion and avoiding the unappetizing prospect of losing him for nothing to a rival in 12 months.