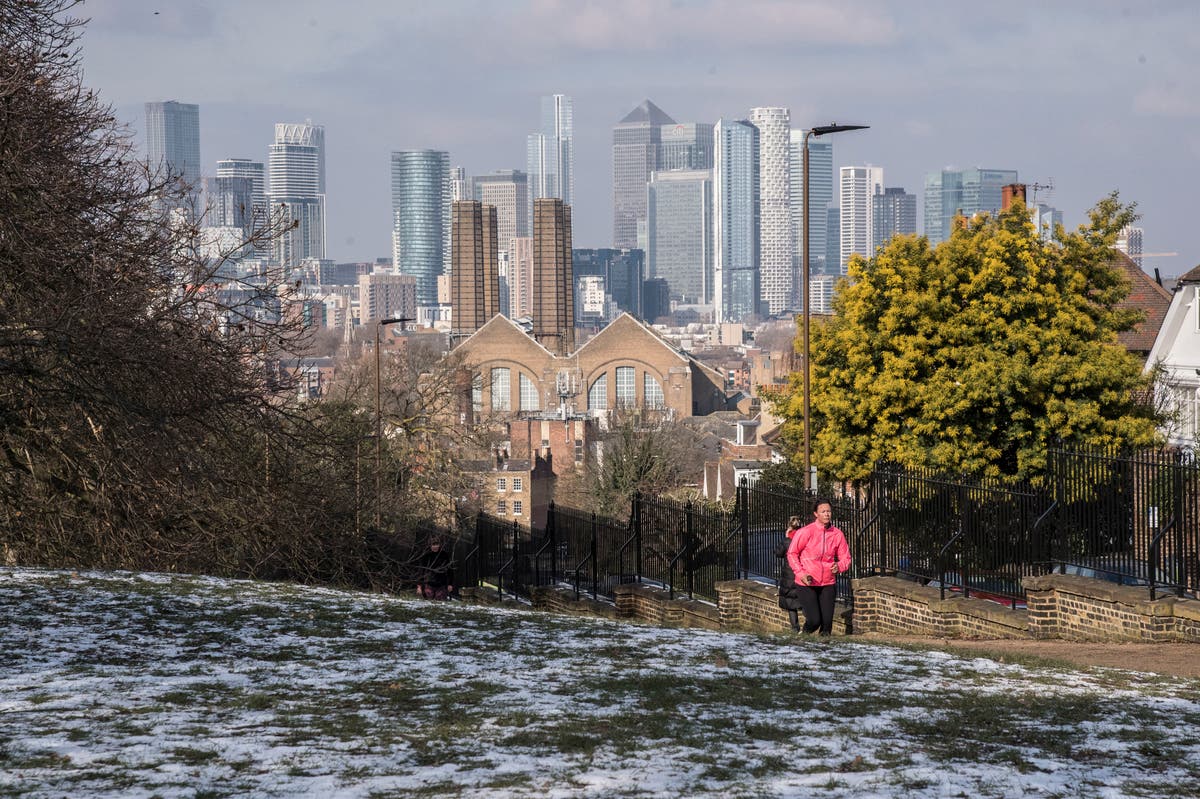 old and frosty weather is set to hit the capital this week as temperatures plummet to zero.

Forecasters have predicted overnight lows of 0C as London is hit with a cold spell despite record-setting warm temperatures in recent weeks.

A Met Office weather expert said Londoners are likely to feel the chill on Monday night and wake up to a frosty start on Tuesday.

Clear skies mean temperatures in the center will drop to around 1C and 2C.

The further out from the center of London the colder it will likely be, with greater London braced for 0C.

Meteorologist Richard Miles said: “The cold front will move down on Tuesday and we will see 0C temps on the outskirts of London. On Wednesday and Thursday temperatures will drop to 1C and we will see very frosty weather.

“It will be much colder than it has been for last week or so with a cold front followed by potential winter showers and a colder air mass bringing chillier, more winter conditions right into the weekend.

“This change in the weather is caused by an arctic maritime air mass which will push south. The high pressure from the continental air mass is drifting back eastwards. We’re getting an arctic maritime and that colder air-mass will hang around until the weekend and then it’ll be pushed away again by milder air coming in from the west.”

It comes after many areas basked in glorious sunshine and highs of 20C (68F) last week.

The wet and windy weather is set to continue into the weekend but forecasters say we could expect milder temperatures from Sunday.

Snow could fall in northern parts of the UK this week as temperatures nosedive in the coming days.