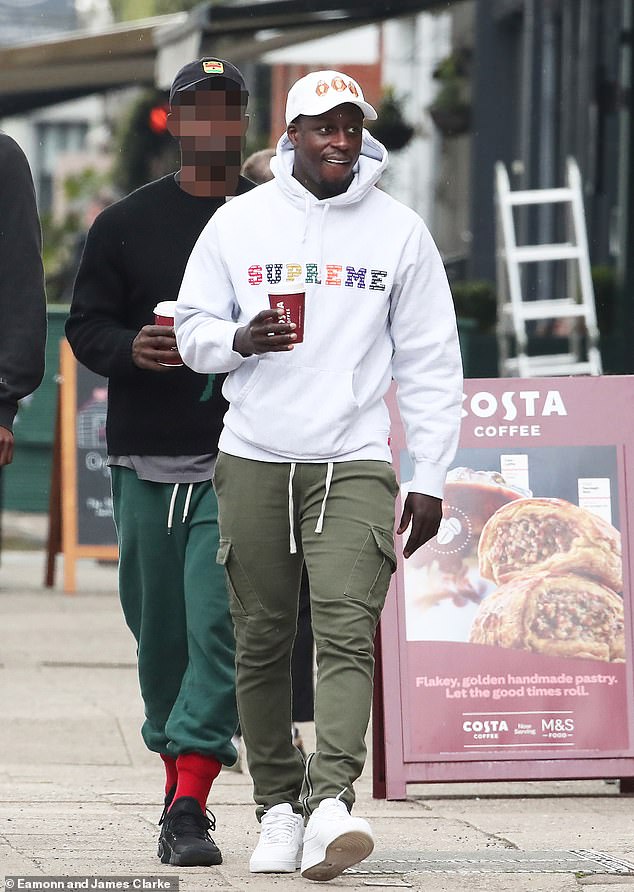 By James Gant For Mailonline

Manchester City footballer Benjamin Mendy has been spotted out and about while on bail for rape charges.

The Frenchman popped into a coffee shop and a butchers in the upmarket Alderley Edge in Cheshire this afternoon.

The 27-year-old larked about with two friends before his driver ferried him home in a blacked out van.

It comes as Mendy prepares for the next court hearing in the cases against him later this year.

The left-back has been accused of attacking six women and is charged with seven counts of rape.

He will appear at Chester Crown Court for a two-day pre-trial hearing starting on May 23. 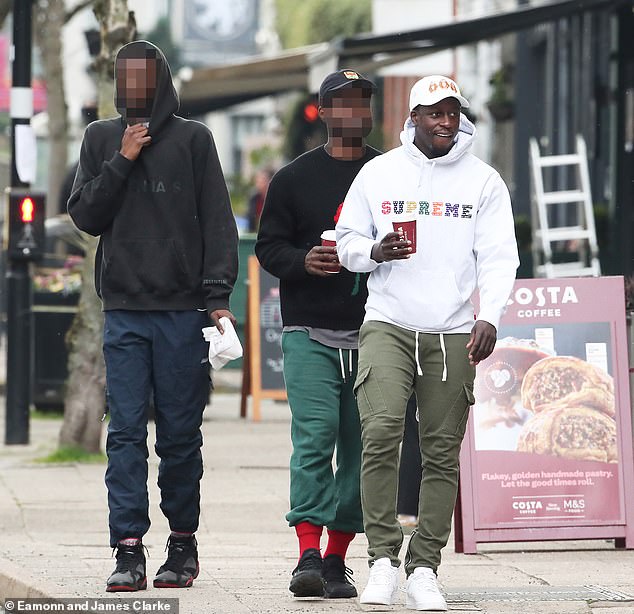 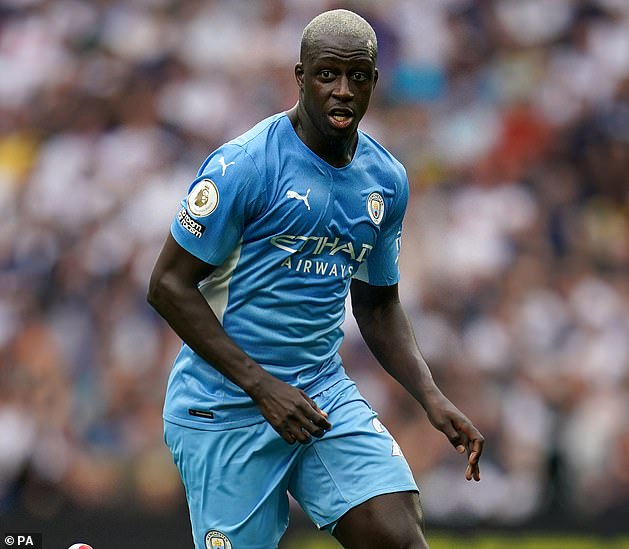 Mendy and his mates nipped into a Costa in Alderley Edge this afternoon before taking away a coffee and some food.

They walked down the street – dressed in hoodies, joggers and caps – and smiled as they chatted.

They wandered around the town for a short while before being driven home by his driver in a black Mercedes Vito.

Mendy was released on bail in January after four months in prison for the alleged sex attacks. 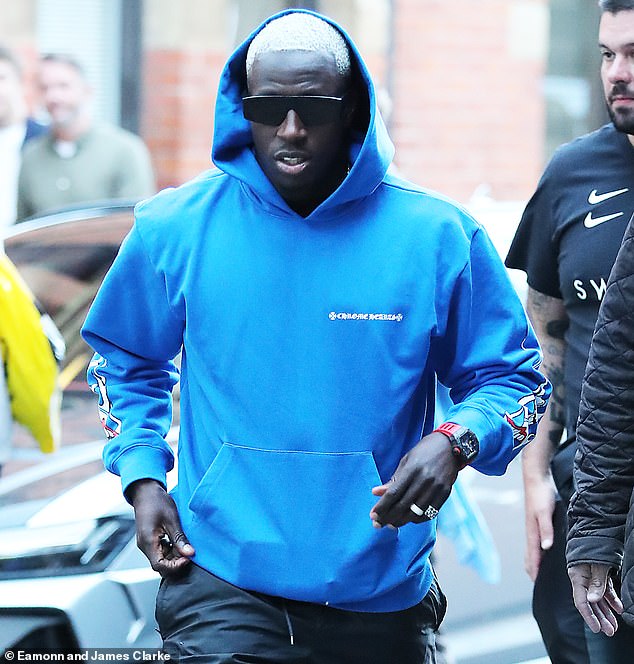 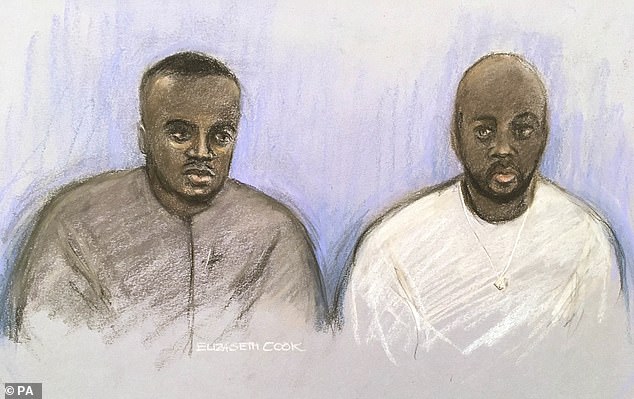 He was held at HMP Altcourse, Liverpool, before being transferred to HMP Manchester – known as Strangeways – just before Christmas.

Judge Patrick Thompson made the decision to grant bail after declining a prosecution request to extend Mendy’s custody time limit.

Co-defendant Louis Saha Matturie, 40, of Edwin Court, Eccles, was already charged with six counts of rape and one sexual assault.

The charges relate to four complainants over the age of 16 and are alleged to have taken place between March 2021 and August 2021.

Mendy joined Manchester City from Monaco in 2017 for a reported £52million City suspended the left-back in August pending an investigation.

The club said in a statement at the time: ‘The matter is subject to a legal process and the club is therefore unable to make further comment until that process is complete.’ 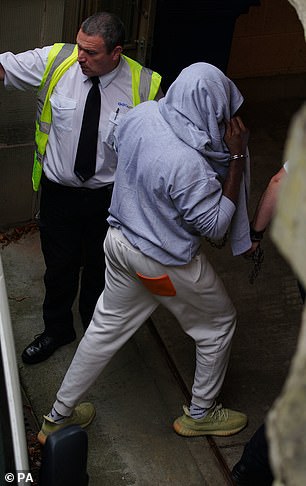 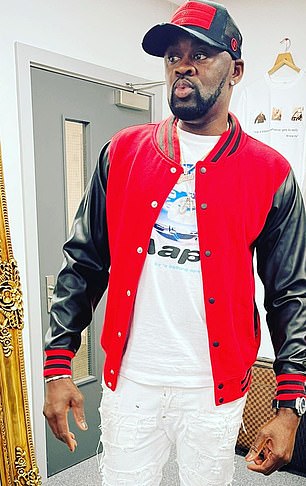