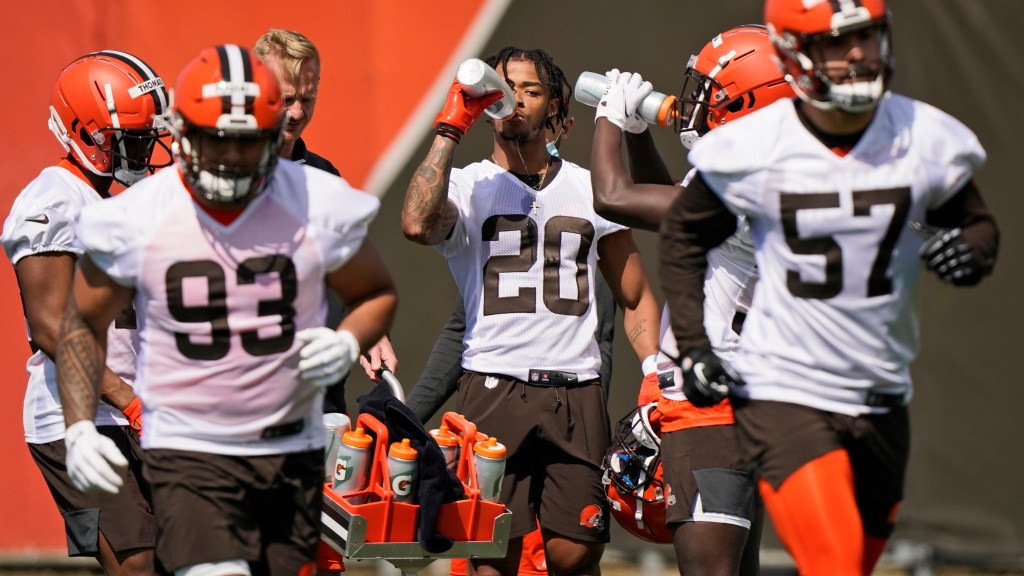 The Cleveland Browns appear to be a drama-filled organization for the better part of the two decades since their return to the NFL. From the coaching and front office changes to the myriad of characters that have passed through the building, the Browns have had one negative story after another negative on and off the field for years.

The number of stories written about the likes of Josh Gordon, Johnny Manziel, Hue Jackson, Freddie Kitchens, and of course Jimmy Haslam have filled many websites for years.

In 2021, much of that drama surrounded the relationship between QB Baker Mayfield and WR Odell Beckham Jr. That ended with Beckham’s release.

This offseason, the acquisition of QB Deshaun Watson with his, now, 23 civil lawsuits pending against him, and the likely departure of Mayfield continues the drama with Watson’s accusations far more serious than anything else noted.

Despite all of this, CB Greg Newsome II and LB Jeremiah Owusu-Koramoah had only good things to say about the team’s camaraderie and connection last year and even so far this offseason. In this preview of the Varsity House Podcast, both advocates highlighted the team’s culture:

#browns will continue to build a strong brotherhood across OTAs… Full episode coming this week! Subscribe so you don’t miss out – https://t.co/9YvDIPPSBt pic.twitter.com/ke1kJPF7Uo

We look forward to hearing more about what Newsome and Owusu-Koramoah had to say on the podcast when the full episode drops later this week.