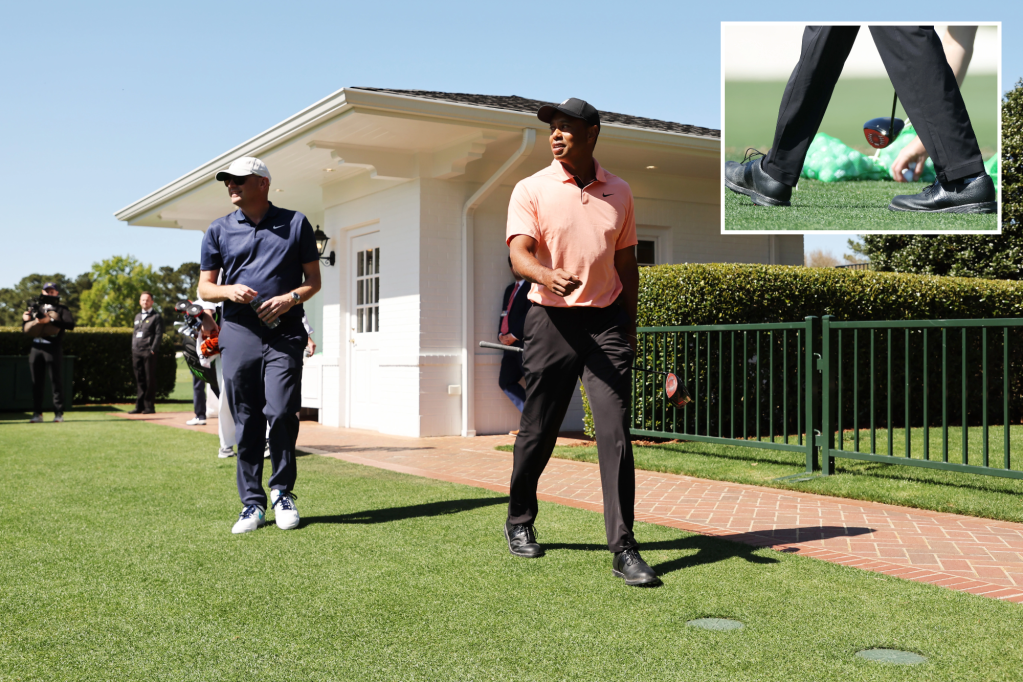 Tiger Woods traipsing around Augusta in hopes of competing in The Masters is a mostly familiar sight, except for his shoes.

Woods, who has been a Nike pitchman since 1996, was spotted in FootJoy shoes during his practice round at Augusta on Sunday, creating some surprise and confusion across social media.

“Like golf fans around the world, we are delighted to see Tiger back on the course. He is an incredible athlete, and it is phenomenal to see him returning to the game at this level,” the company told ESPN’s Michael Collins.

“His story continues to transcend sport and inspire us all. As he continues his return from him, we will work with him to meet his new needs from him.

It has been 14 months since Woods was involved in a debilitating single-car accident in California. There were fears he could lose a leg over injuries sustained in the wreck.

As recently as February, he was casting doubt on his availability for The Masters.

It therefore is unsurprising that he would need the footwear that provides him with the most support, and right now FootJoy is apparently ahead of Nike in that regard.

Woods said he is a “game-time decision” as to whether he will tee it up on Thursday at Augusta, though he was planning a second straight day of practice on Monday. The five-time Masters champ will meet with the media on Tuesday.