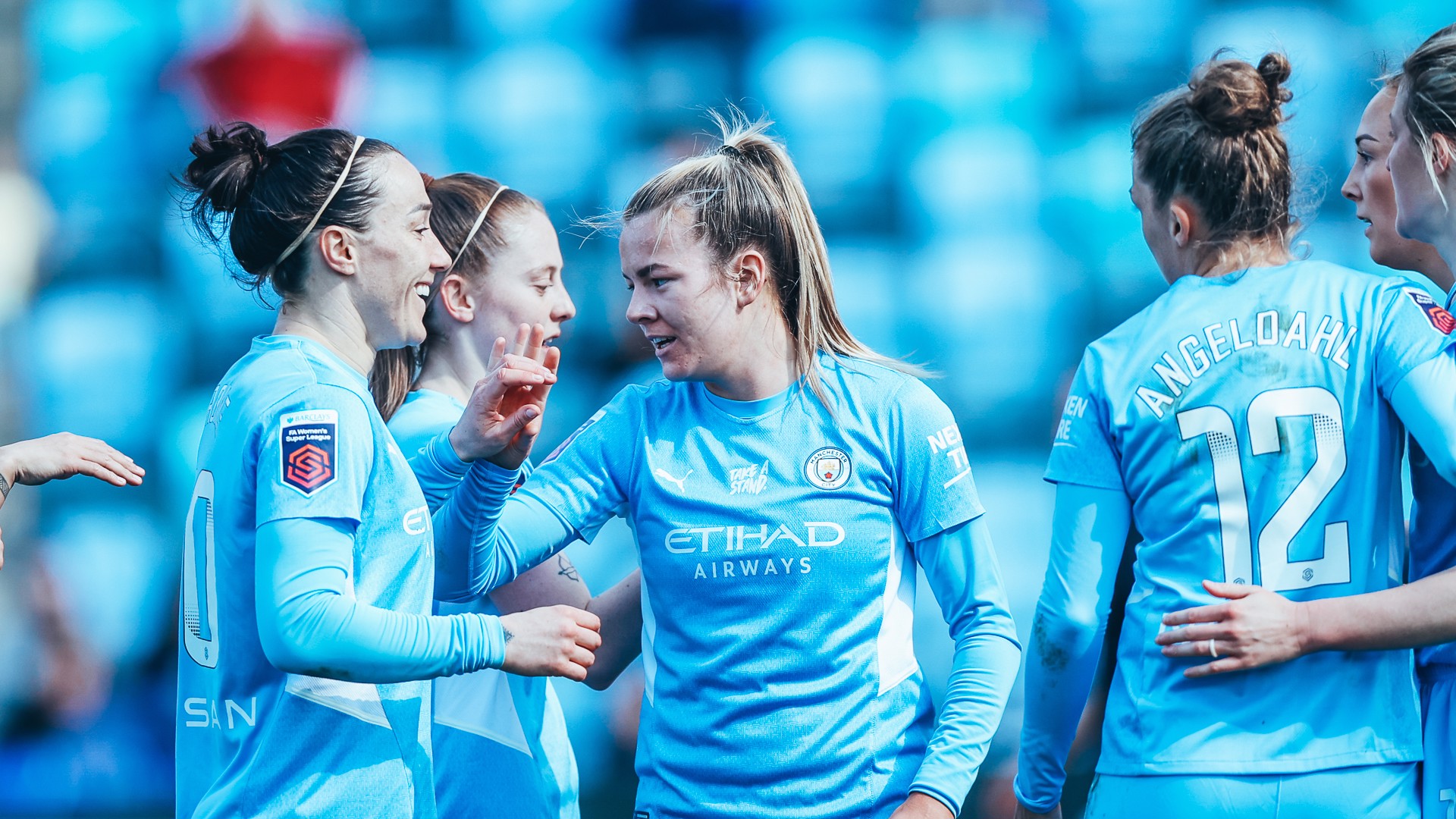 April’s international break represents the first competitive matches for England since they won the inaugural Arnold Clark Cup in February 2022.

And in a relatively unchanged squad from that success, all nine City players who helped the Lionesses to glory have been selected once again.

Sarina Wiegman’s side currently boast a 100% record in Group D of European World Cup qualifying and, should results elsewhere fall in their favor across the break, they could secure a spot at next year’s tournament with two more wins.

The Lionesses first travel to Skopje on Friday 8 April to face fifth-placed North Macedonia, with kick-off scheduled for 19:00 (UK).

Our City contingent then travel to Windsor Park on Tuesday 12 April to lock horns with Northern Ireland – currently battling for a play-off spot with Austria – in a 19:55 kick-off.

You can follow the progress of each of our England stars with full time reports on mancity.com and the official app.

Sarina has named 24 #Lionesses for our April @FIFAWWC qualifiers 👊