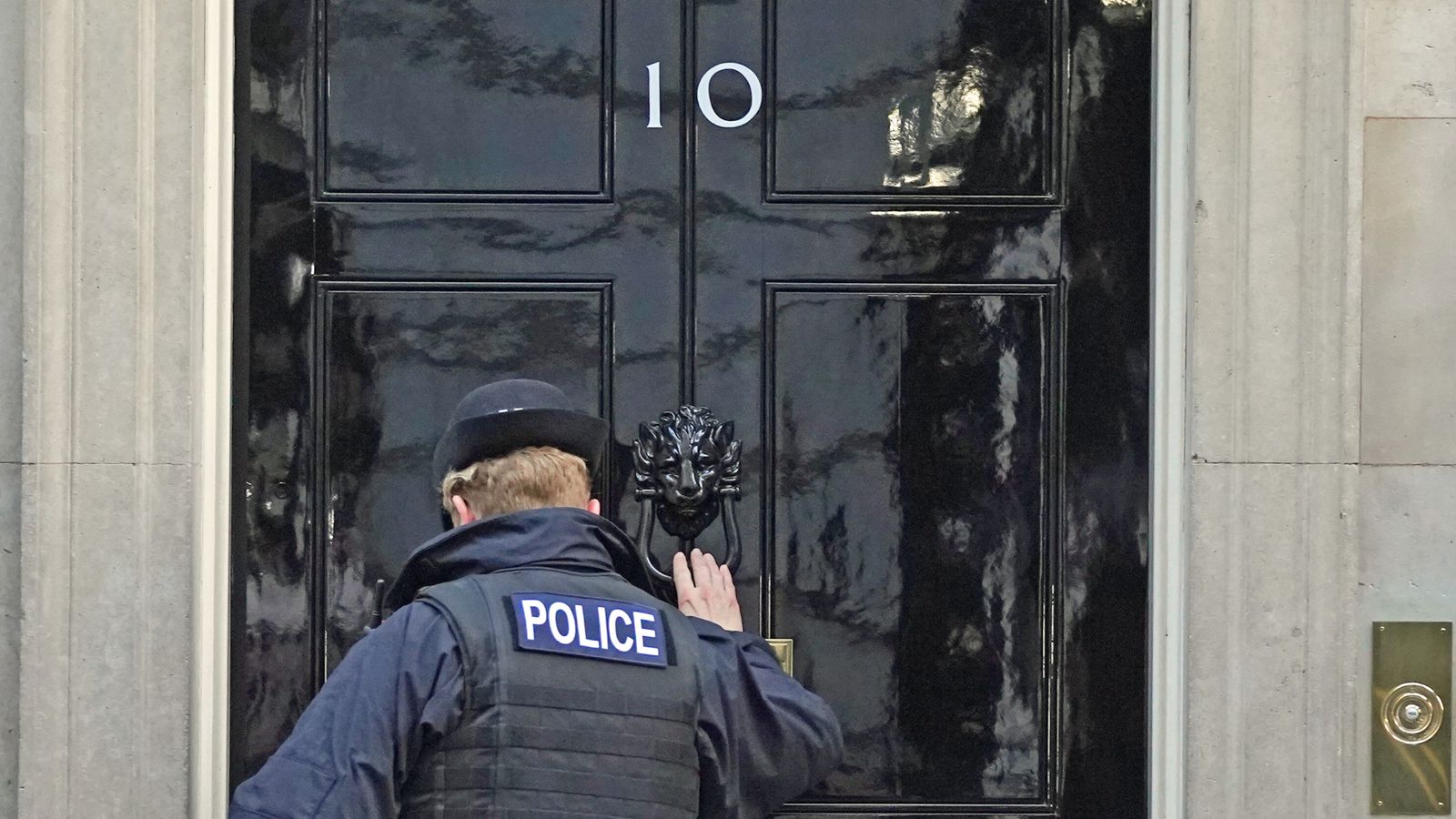 The Metropolitan Police is to issue 20 fines to people who attended lockdown-breaking parties in Downing Street and Whitehall.

But the force has not named the individuals facing the penalties or revealed which events they attended.

Prime Minister Boris Johnson was among 100 people who were sent formal legal questionnaires relating to the investigation – named Operation Hillman – which was launched in January.

A spokesman for the PM said Mr Johnson had not received a fine at this time but reiterated that Downing Street would make it known if that were to happen.

However the identities of other staff who receive penalties may not become known – even to the civil service and Downing Street – as they will not be asked to disclose this, the spokesman added.

But in a U-turn on Tuesday, Downing Street said it will reveal if Cabinet Secretary Simon Case is issued with a fine.

He was initially leading the civil service inquiry into the alleged breaches but it was handed over to fellow top civil servant Sue Gray after it was revealed he knew about a Christmas event in his own office that he said he did not take part in.

PM not expected to be part of initial tranche of ends

Asked about – given the Met’s findings – whether the PM had misled the Commons when he said regulations were not broken, the spokesman said that he “at all times sought to set out is understanding of the events”.

He added that the PM “has said sorry for the things that we did not get right” and that he would be expected to say more once the police investigation has concluded.

The Press Association reported that Mr Johnson was not expected to be among the initial wave of fines.

The “partygate” probe related to 12 events where COVID restrictions may have been breached on eight dates in 2020 and 2021.

Read more: Everything you need to know about the police investigation into partygate

Labor calls for PM to resign over partygate

Labour’s deputy leader Angela Rayner said “Boris Johnson’s Downing Street has been found guilty of breaking the law” and that the PM must resign.

“The buck stops with the Prime Minister, who spent months lying to the British public, which is why he’s got to go,” Ms Rayner said.

“This has been a slap in the face of the millions of people who made huge sacrifices.”

PM’s denials over No 10 parties

Earlier, Ms Rayner told Sky News that “anyone that’s in the government that decides to break their own rules”, including chancellor Rishi Sunak as well as the PM, ought to resign if they are fined.

Matt Hancock, the former health secretary, said: “The No 10 team have said that if the prime minister is issued with such a notice then they will make that public.”

Asked if that would mean he had broken the law, Mr Hancock told Sky News: “The thing is, this issue has been gone over a huge amount. I understand, of course I understand, the concern, the frustration and the emotions that people have when faced with this sort of allegation.”

‘Act of a scoundrel’

Liberal Democrat leader Sir Ed Davey accused Mr Johnson of “trying to get expensive lawyers to hide behind” in what he described as “the act of a scoundrel”.

“It’s terrible that he is throwing junior staff at the wolves and letting them take the rap when he himself won’t. That again shows a lack of moral courage and leadership,” Sir Ed told Sky News.

A Met Police statement said: “The investigation into allegations of breaches of COVID-19 regulations in Whitehall and Downing Street has now progressed to the point where the first referrals for fixed penalty notices (FPN) will be made to ACRO Criminal Records Office.

“We will today initially begin to refer 20 fixed penalty notices to be issued for breaches of Covid-19 regulations.

“The ACRO Criminal Records Office will then be responsible for issuing the FPNs to the individual following the referrals from the MPS [Metropolitan Police Service].”

The Met said that with further evidence still to be assessed, “further referrals may be made to ACRO if the evidential threshold is made.” PM should resign ‘if he broke COVID rules’

Some people could be fined more than eleven

Legal expert Joshua Rozenberg told Sky News that the number of people being fined was not known as “some individuals could be getting more than one fixed penalty notice” and that the process of issuing the penalties “may take some time.”

Readmore: Downing Street braced for PM and his inner circle to be among those fined

Government minister Will Quince acknowledged that “considerable upset” had been caused over events that “shouldn’t have happened” but was tight-lipped when asked if he thought the prime minister should resign if fined.

Mr Quince, who is minister for children and families, told Sky News: “That’s a hypothetical question, you wouldn’t expect me to answer that.”

The Prime Minister received a questionnaire on 11 February.

It is thought he attended as many as six of the events under scrutiny, but it is not yet clear whether he will receive a fixed penalty notice.

The 12 events under investigation took place over eight separate dates and include a “bring your own booze” event in the Downing Street garden on 20 May 2020, organized by the Prime Minister’s principal private secretary Martin Reynolds.

Another was a surprise birthday gathering for Mr Johnson in the cabinet room in June 2020, attended by the chancellor.

Fixed penalty notices do not amount to a criminal conviction, but they can result in court summons and criminal prosecution if they are not paid. 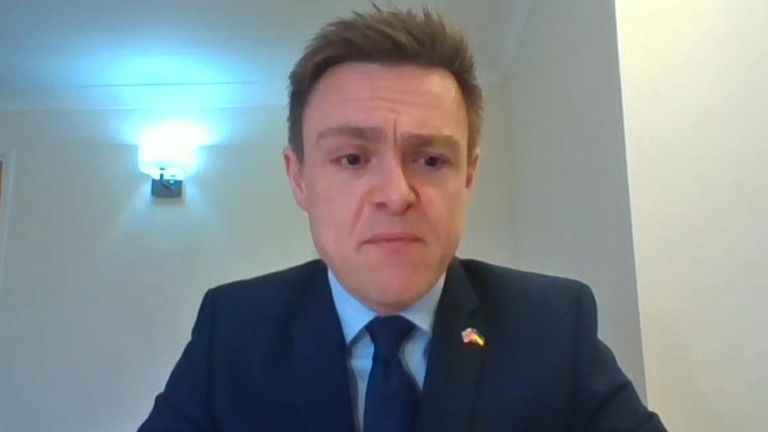 Calls for PM to resign withdrawn over Ukraine

Several Conservative MPs had called for Mr Johnson to resign over the parties, but some have changed their stance since the war in Ukraine began just over a month ago.

A restricted version of her report was published at the end of January, but many details were removed so as not to compromise the police investigation.

It is unclear whether the full report will now be published.

The Prime Minister’s official spokesman has previously said discussions were needed “with the Met and others about what is suitable”.

According to Sky’s deputy political editor Sam Coates, officials expect the police investigation to have some weeks left to run – and therefore that Sue Gray’s report will not be published any time soon.

It may be a while before we know for sure, but Number 10 are braced for the prime minister and his inner circle to be among those who receive a fine.

Allies of the prime minister – who repeatedly denied any parties took place – have suggested he will argue that his home and workplace were one and the same.

So what does this mean for Boris Johnson? The controversy plunged him into the most profound political crisis of his premiership. Some 14 Conservative MPs called for his resignation publicly, and many others expressed strong reservations in private.

But the Ukraine war appears to have sucked the energy from the scandal. Some in government believe the lifting of COVID restrictions nationally has taken the heat out of it.

Despite that, a prime minister even being investigated by the police is serious, being given a questionnaire equivalent to an interview under caution is unprecedented.

If he is found to have broken COVID regulations, questions about his leadership are bound to return. Even the heavily edited report by senior civil servant Sue Gray blasted “failures of leadership and judgment” in Downing Street.

The fines issued today mark another significant step in the story, but it is still unclear how it plays out and over what timescale