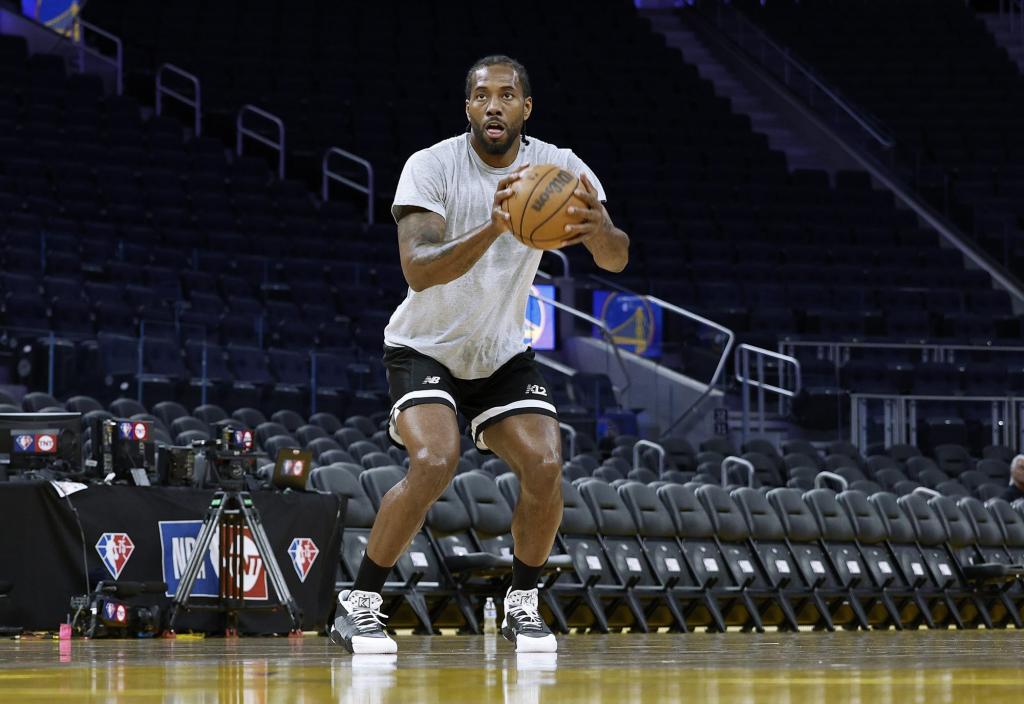 Welcome back to the Clippers, Paul George.

According to ESPN’s Ohm Youngmisuk, Paul George was upgraded to questionable to return on Tuesday, and he’s reportedly likely to return against the Utah Jazz. His return from him in a big game should be a big boost for the Clippers.

Here’s where it gets really interesting. Kawhi Leonard had surgery on his partially torn ACL in July. Rumors have been swirling about a potential return of their all-world superstar.

Three weeks ago, Leonard went through an “extensive” shooting drill when they faced off against the Golden State Warriors.

Consequently, Youngmisuk again reported just five days ago that Leonard could return for round one of the playoffs.

“By all accounts, Leonard has been working hard and looks to be in good shape, but the Clippers will be extra cautious with their franchise star. If they make it out of the play-in tournament, however, and Paul George and Norman Powell also return, Leonard would just need clearance from the medical staff to play again. And that door has been left open,” Youngmisuk said.

100% First Deposit Match up to $250 with promo code NYPBONUS

Bet $5 on any March Madness moneyline, Get $150 free bets win or lose

Furthermore, Ringer founder Bill Simmons fed these rumors on his podcast. He went on to say there are some “rumblings” that Leonard could be back for round one of the playoffs.

“I think they’ll have George and [Norman] Powell back for the play-in game,” he said. “What I heard is, don’t be shocked if they had a full team back for round one.”

It should be noted that Simmons claimed George would be back by the play-in game on Sunday, before any news had hit the market on Tuesday related to his official return.

Coming into the season, the Clippers were expected to seriously compete for a title, starting the year with the second-best odds behind the Lakers to win the Western Conference (+600) and ahead of the current favorite Phoenix Suns.

Since then, the Clippers have had to deal with some bad luck and injuries for weeks on end. Moreover, they are losers of five straight games going into Tuesday’s tilt with the Utah Jazz. On the season, they are 36-39, and are destined for the play-in game to get into the playoffs.

All of that screams doom and gloom. However, the return of George and Powell would obviously be a massive boost.

With some people speculating that Leonard could return early in the NBA playoffs, the Clippers are looking like an incredible value at +4000 to win the West on BetMGM, who is giving the best odds on this by a wide margin.

Furthermore, any Leonard return, even with limited minutes, would at least heavily shift the odds in the favor of the Clippers. As a bettor, we are looking for an edge wherever possible, and rumors markets are exactly where you want to be.

DraftKings is ahead of the market here, giving the Clippers far more credit (+2000) than BetMGM to win the NBA Western Conference. With a play-in game likely, a bet on BetMGM of $100 at +4000 would profit $4,000. As long as they get past the play-in games, this should be one of the safer bets out there as odds shift in the coming weeks.