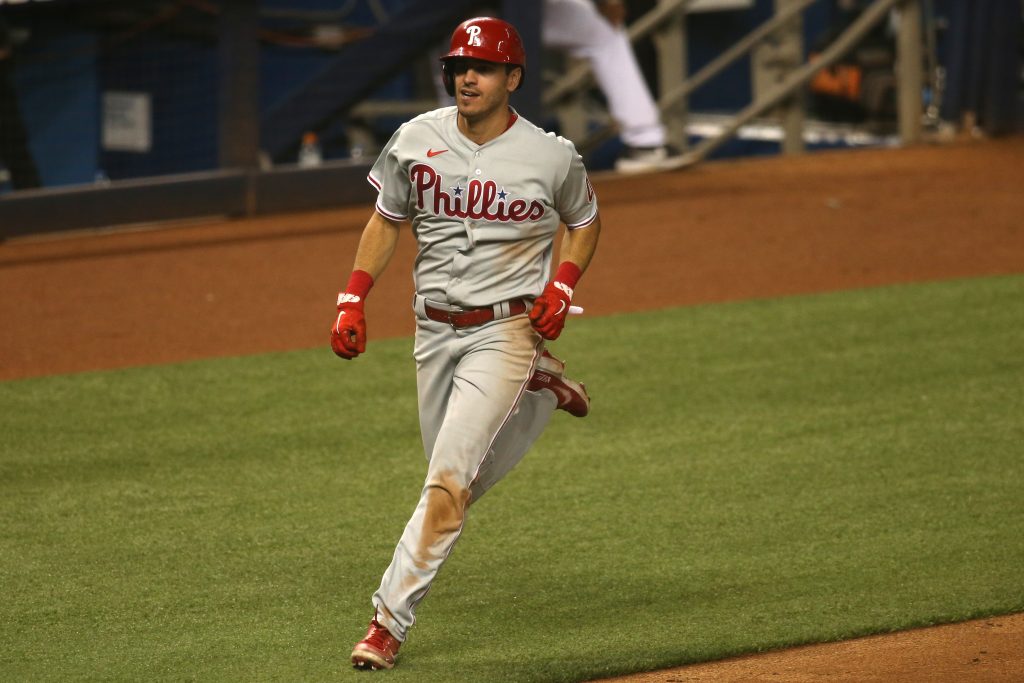 10:45am: The Phillies have announced the trade.

10:05am: The White Sox and Phillies are in agreement on a deal sending outfielder adam haseley from Philadelphia to Chicago, reports Ken Rosenthal of The Athletic (twitter link). Minor league right-hander McKinley Moore is headed to the Phillies in return, reports Todd Zolecki of MLB.com. 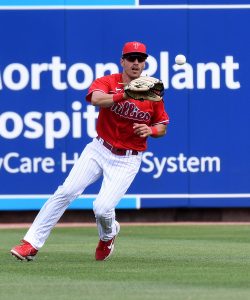 Haseley, 25, was the eighth overall pick in the 2017 draft but has yet to establish himself as a fixture in the Philadelphia outfield. The left-handed hitter is a career .272/.331/.398 hitter against right-handed pitching and has drawn mostly solid defensive marks at all three outfield positions (10 Defensive Runs Saved, 3.3 Ultimate Zone Rating, -1 Outs Above Average ). He’ll give the Sox a nice glove and a lefty bat to pair with right-handed-hitting outfielders Eloy Jimenez, louis robert, adam engel and Andrew Vaughn.

The bulk of Haseley’s experience in the big leagues came in 2019, when he logged a career-high 67 games and 242 plate appearances. He’s played in just 49 games and tallied 113 plate appearances across the past two seasons while battling wrist and groin strains. Haseley also stepped away from baseball entirely for a month last April, citing personal reasons. He went just 4-for-21 in limited big league time and batted .233/.313/.325 in the minors last season.

Haseley has a pair of minor league option years remaining, so he’s not necessarily a lock to make Chicago’s Opening Day roster. However, with Vaughn nursing a hip injury that’ll shut him down for one to two weeks, the outfield picture might be a bit more open at the moment than it appeared just a few days ago. Haseley has just a year and 132 days of Major League service time, so he’s under club control with the White Sox through at least the 2026 season — provided he plays well enough to stick on the roster that long, of course.

Although Haseley wasn’t slated to start in the outfield for the Phillies, he seemed to have a clear path to at least a part-time role — particularly with Odubel Herrera currently battling an oblique injury that’s expected to prevent him from being ready for Opening Day. Haseley and right-handed-hitting matt vierling appeared ticketed for a center field platoon, with Bryce Harper locked into right field and Kyle Schwarber and Nick Castellanos slated to split time between left field and DH (probably with the former seeing more time in the field than the latter). With Haseley now out of the picture, former No. 1 overall pick mickey monak looks like the frontrunner to split time with Vierling early on — barring further player movement in the Philadelphia outfield mix.

Moore, 23, was the Sox’ 14th-round pick in 2019 out of the University of Arkansas at Little Rock. Listed at 6’6″ and 225 pounds, McKinley is a big, power-armed righty with an upper-90s heater and a slider that, per Baseball America, will look like a plus offering at times. Moore has fanned a huge 31.7% of his opponents in pro ball and also boasts a strong 51% grounder rate, but he’s walked far too many opponents (13.4%). He split the 2021 season between two Class-A affiliates, pitching to a 4.20 ERA through 40 2/3 innings.