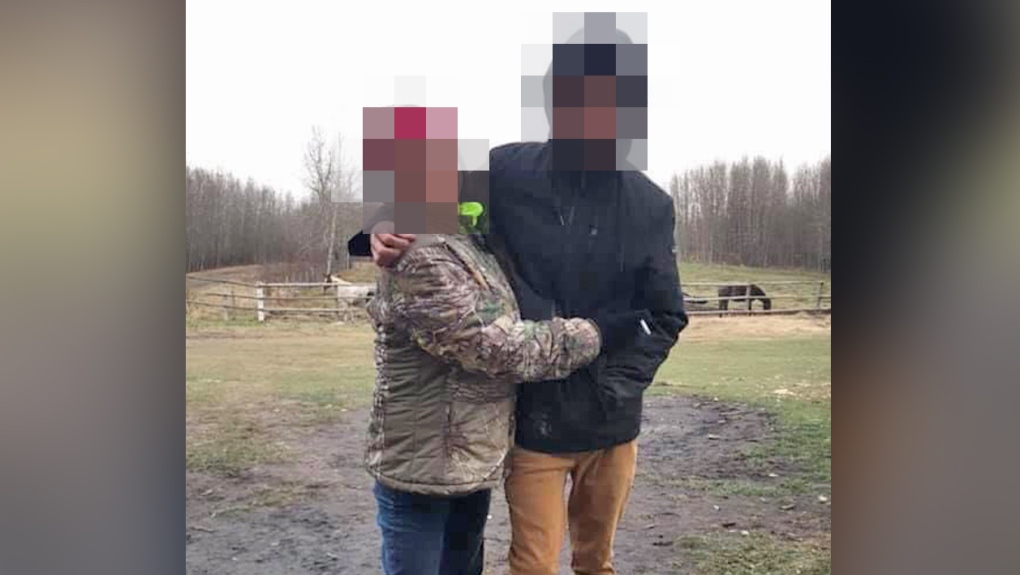 A 16-year-old boy who was stabbed in his south Edmonton school library was targeted over a $10 dispute, his mother told CTV News Edmonton.

He was airlifted to Stollery Children’s Hospital on Monday after he was injured at Pigeon Lake Regional School. He remained in the hospital Tuesday in an induced coma.

The victim’s mother said her son was stabbed in the stomach, just above the pelvis.

Both the victim and his mother cannot be identified because both he and his alleged aggressor, a fellow student, are minors.

RCMP announced attempted murder and aggravated assault charges against the 16-year-old on Tuesday. He is out on bail and is scheduled to appear in court on June 1.

“Investigators are interviewing everyone associated with the incident to understand exactly why and how he brought a knife to school and also what his motivations were and exactly what happened,” said Cpl. Troy Savinkoff said.

The boy was arrested at the high school, without further incident, RCMP confirmed.

The defendant was known to the victim and was once employed by his mother, he told CTV News Edmonton.

The stabbing follows the killing of 16-year-old Karanveer Sahota, who died from stab wounds outside his school in Edmonton on April 8.

In January, Wesley Anderson, 16, was attacked by two other students at HJ Cody High School. They pushed him to the ground and stomped on his head, he told CTV News about the beating, which was captured on video.

“As a parent, it gets your attention, but is there an increase (in high school violence)? I don’t know if I would say that, I certainly haven’t seen it,” Savinkoff said.

Councilors will be in the Pigeon Lake area to support students and a parent meeting is scheduled for this week.

“We consider ourselves to be on high alert, in the sense that all of our staff are on the lookout for behaviors in all of our students and staff that may be different from their baseline behavior,” Barron explained.

“We ask all of our staff to be aware of that, to report it to management, if necessary, so they can intervene.”

The school is located near the Falun community, which is approximately 80 kilometers south of Edmonton.


With files from Joe Scarpelli of CTV News Edmonton