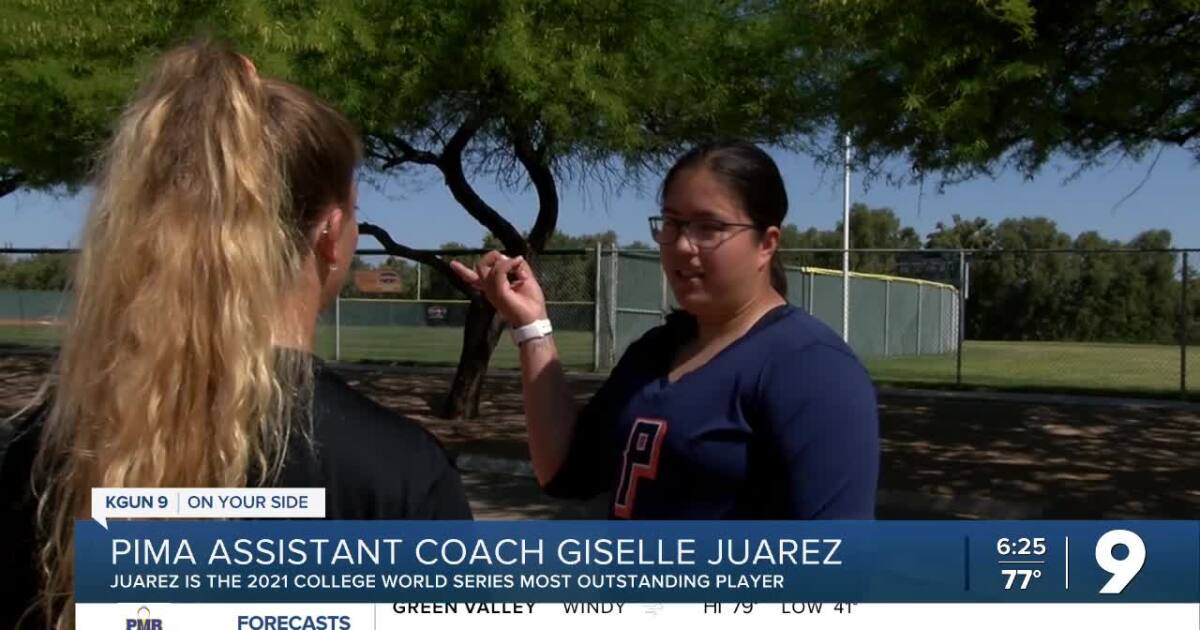 “I used to think she was really good, and I thought it was amazing that she was also left-handed,” Orton said.

Juarez was so good that he became a star at the University of Oklahoma. And it was her pitch that carried the Sooners to the Women’s College World Series title. She was named Most Outstanding Player of the Series.

“I remember sitting at home watching with my mom and saying, ‘G is so fierce and competitive,'” infielder Shannon Vivoda said.

G, as she is known, is originally from Glendale. And, when her fiancé started medical school at the University of Arizona, she was looking for a place to train, including as an unpaid assistant.

“I really wanted to give back because when I was younger, there was a college player who would have given back the same way I do now,” Juarez said.

“I was immediately on board,” Quiroz said. “It was about community and helping these girls in any way I could.”

Juárez does that on and off the field. She is known for helping pitchers like Orton with the technique that made her a star in the Women’s College World Series, as well as the mental side of the sport.

“We are very honored to have her as a coach,” Orton said. “She makes a big difference.”