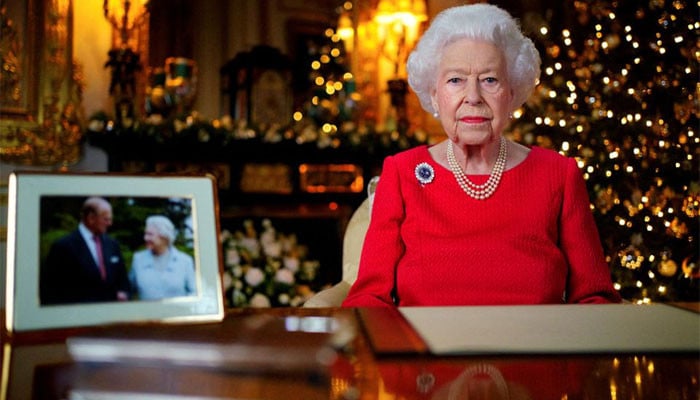 Royal portraits and dazzling tiaras are on display at Sotheby’s in London this weekend as part of celebrations to mark Queen Elizabeth’s Platinum Jubilee.

The auction house is organizing a month-long program of events, exhibitions and auctions to mark the occasion. Four days of official celebrations for the historic occasion begin on June 2.

At Sotheby’s, works of art including Elizabeth I’s Navy Portrait, commemorating the failed invasion of England by the Spanish Armada in 1588, and Andy Warhol’s 1985 painting of Elizabeth II, will be on display, along with depictions of other female monarchs like Mary, Queen of Scots. and Queen Victoria.

“We have managed to bring together portraits from private collections and a public collection of the seven reigning queens,” Francis Christie, vice president of Sotheby’s UK and Ireland, told Reuters.

“The amazing thing about seeing all these queens together in one room is that you not only see a kind of short art history lesson from Queen Elizabeth I to Queen Elizabeth II and how obviously the art style has changed. But you also see the way in how the image that a monarch has of himself has changed”.

Visitors will also be able to see books and manuscripts such as the Death Warrant of the 7th Earl of Northumberland, signed by Elizabeth I and sealed with her privy seal. Also on display is a finely bound Coronation Bible for Elizabeth II, one of 25 Bibles used in the June 2, 1953 ceremony to mark her ascension to her throne.

Nearby, more than 40 tiaras are on display in a separate exhibit, including the Spencer Tiara worn by the late Princess Diana on her wedding day.

Others include an 1830s diamond tiara designed as a crown of leaves set with diamonds in a nod to ancient Roman designs, as well as a 20th-century cabochon turquoise and diamond tiara from Van Cleef & Arpels.