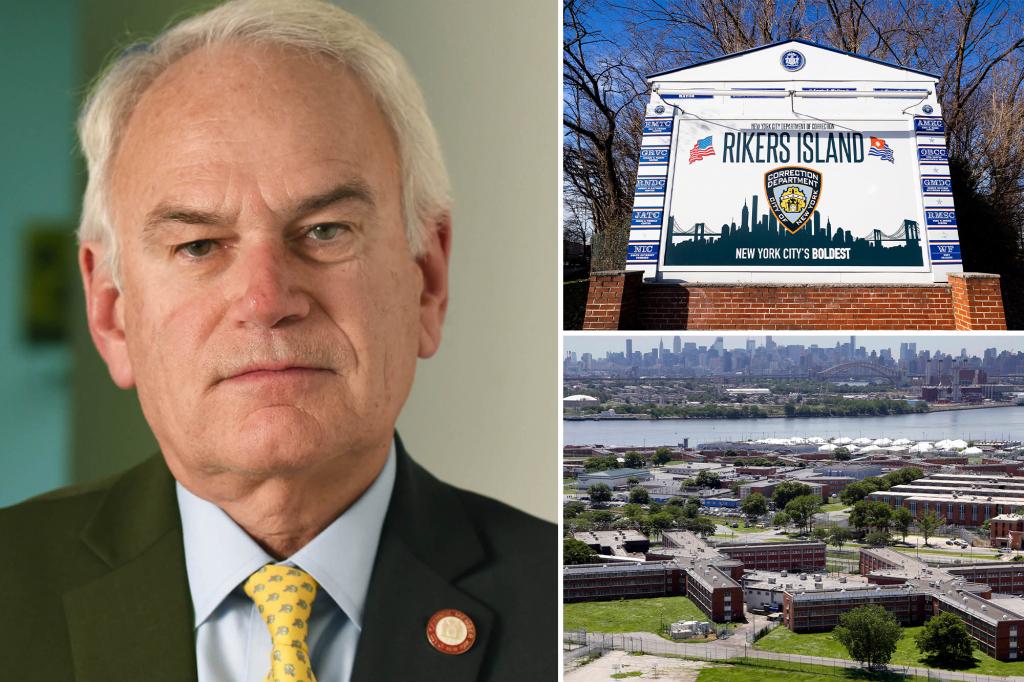 A Queens pol is pushing new legislation to require the city to explore building a new jail complex on Rikers Island.

Democratic Councilman Robert Holden wants to create an 11-person commission to analyze the cost of overhauling the island’s notorious prison facility in favor of a modernized, more humane complex.

He introduced a bill Thursday to create the commission, whose members would be appointed by the mayor and City Council.

Mayor Adams has vowed to follow through on his predecessor Bill de Blasio’s plan to close the Rikers Island jail complex and replace it with four smaller high-rise lockups in each of the city’s boroughs except Staten Island by 2027.

Rising construction costs, project delays, complaints from affected communities, and a prison population of around 5,500 detainees that far exceeds the planned capacity of 3,544 beds has left the City Council-approved plan vulnerable in 2019.

“It would be in the mayor’s best interest to weigh all the options,” Holden told The Post. “The way we’re dealing with our jail population, there’s no way we can accommodate everyone in the county jails.”

The cash-strapped city has a budget of $8.2 billion to build the four new jails, but construction industry sources estimate project costs will rise to at least $10-$15 billion.

A plan to build a new jail complex in Rikers pushed by some elected officials, including Holden, and the city’s corrections officers’ union is estimated to cost about $5.6 billion to build. It would include a hospital, sports fields, job training centers, an agricultural area, ferry service, and a sun-filled atrium.

Adams spokesman Fabien Levy said the Mayor’s Office will review the legislation, but noted that Rikers must be jail-free by 2027 under current law, so work on county jail projects is currently “in progress.” March”.

“We have engaged deeply with the communities every step of the way, and we are committed to continuing to work with them to limit any disruption to these projects,” he said.

A spokesperson for council president Adrienne Adams said she continues to support closing Rikers and replacing it with a “more modern and effective system based on municipalities.”

The city’s prison system, which has been plagued for decades by poor living conditions and violence against detainees and guards, now faces the possibility of being taken over by federal court.