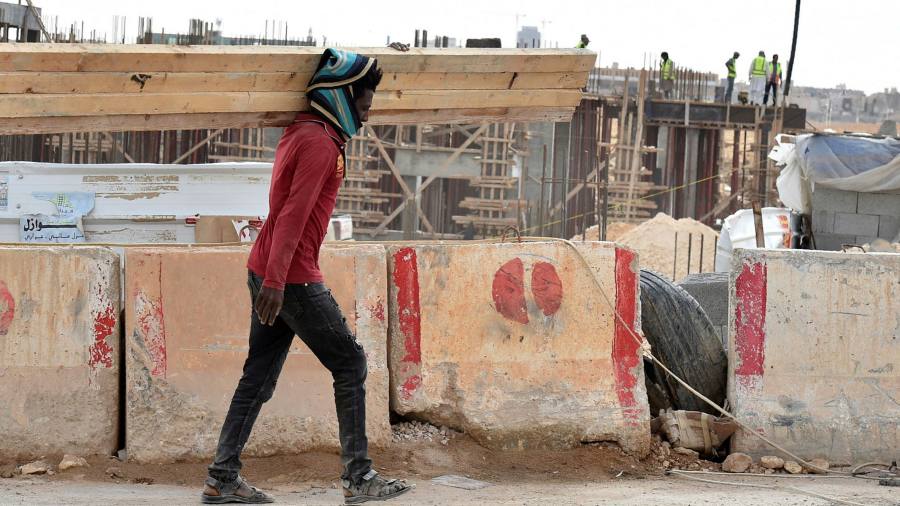 High school teacher Othman Abdel Jabbar never thought he’d be able to own a home in his native Saudi Arabia, where high prices and a lack of mortgage financing meant the resource-rich Gulf state lagged behind their G20 counterparts when it comes to home ownership.

But last month, Abdel Jabbar, 36, entered a one-stop shop set up by the Housing Ministry to make home ownership easier. They reviewed his finances, directed him to a banking kiosk where he could apply for a government-subsidized mortgage, and then to real estate developers to help him find a home.

Saudi Arabia is experiencing a housing and mortgage boom, reflecting a government push to boost home ownership as part of efforts to shake up the oil kingdom’s economy and its ultra-conservative society.

Crown Prince Mohammed bin Salman, the kingdom’s day-to-day ruler, has taken a heavy-handed approach, jailing critics and drawing Western opprobrium for the murder of journalist Jamal Khashoggi at the hands of Saudi agents. But the government’s broader reforms, which have included ending restrictions on women driving and entertainment, have won him the support of a young population who constitute his key constituency, and who want jobs and homes.

“It makes sense, even in a more challenging economic environment, to continue to prioritize housing. Nationally, this is a central issue,” said Karen Young, director of the economics and energy program at the Middle East Institute think tank.

The world’s largest oil exporter, Saudi Arabia, for decades had relatively low home ownership rates: just 47 percent in 2016, compared with more than 60 percent in the UK and the US. most people rented or lived with their families. Government housing subsidies were available, though would-be buyers often waited a decade, sometimes two, to get them.

Under Islamic law, paying or receiving interest is frowned upon and regulation allowing mortgages was not passed until 2012. Since the government unveiled a target of 70 percent home ownership in 2016, as part of plans to transform the country economically and socially by 2030, has risen to more than 60 percent, almost on a par with the US and UK. Mortgages have exploded from nothing a decade ago to a $124 billion industry with around 870,000 contracts signed, according to figures from the Housing Ministry.

Analysts say it has been one of the most successful aspects of Riyadh’s ambitious plans, known as Vision 2030. Some more well-known projects, such as the much-criticized $500 billion plan to build the futuristic city of Neom on the coast of the Red Sea, they are way behind. calendar.

“It is one of the few Vision 2030 targets that is on track and it is really a function of them having managed to pump money into the system with the cooperation of the banks,” said Tarek Fadlallah, chief executive of Dubai. Asset management based on Nomura.

Applicants for the Ministry of Housing’s Sakani program, which offers subsidized mortgages, must be first-time buyers with families. They can download the application from the Ministry of Housing or visit one of their centers in person. The government agrees to pay interest on loans up to SR500,000 and exempts buyers from real estate taxes. The borrower pays interest on loans above that amount.

New cities are rapidly taking shape north of the capital, Riyadh. In a project called Murcia, the state-owned National Housing Company has built rows of new villas, painted gray and yellow and priced between SR560,000 and SR1 million. When completed, it will be a sprawling canal-crossed suburb, complete with gardens and a shopping boulevard.

Mortgage growth has been so high that when one of the kingdom’s top mortgage financiers meets foreign investors, he hears concerns that it’s a bubble waiting to burst. Rising demand has contributed to rising prices for villas in Riyadh by 18.6% and for apartments by 20%, the fastest growth in five years, according to a Knight Frank report.

Fabrice Susini, CEO of the government-owned Saudi Real Estate Refinance Company, said: “The growth of the market. . . it’s amazing. But when I say that to mostly international investors when we start talking about the mortgage market, sometimes they get scared by the numbers, because it’s unheard of to have a market that grows for four years. [this fast]. But people have to take a step back and realize that we are starting from a very low point.”

To boost the mortgage market, the government turned to its sovereign Public Investment Fund, which is chaired by Prince Mohammed and oversees many of the 2030 projects. The SRC, which provides banks with liquidity through the sale of backed securities for mortgages, it is a PIF company, as is Roshn, a major homebuilder.

In effect, the government created what Susini described as an “ecosystem” to jump-start a real estate market.

As with other PIFs and government-driven projects, some in the private sector complain they are being sidelined. Others counter that if left alone, the private sector would not deliver fast enough. “The reality is that if the PIF were not there, who would do it or how long would it take,” said Susini.

For now, Saudis who had given up hope of ever buying a home are happy to have a property to call their own.

Ahmed Majrashi, a retired military man who works at a hotel, said he was driving when he got a call saying his mortgage application had been accepted for a property in Yanbu. “I thought, me, own a house? Impossible. I parked the car and prostrated myself before God in gratitude,” he recalled.