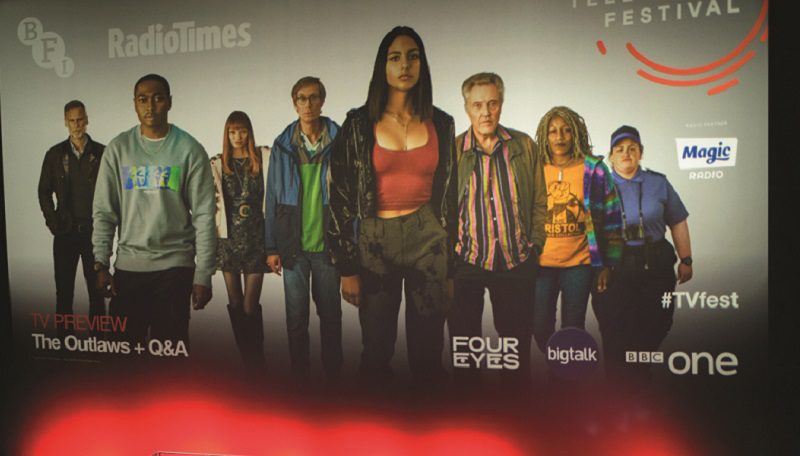 Stephen Merchant and the cast of BBC’s the outlaws talk about the upcoming series, filming during Covid and Christopher Walken.

The talk followed an exclusive preview of the second season of the hit comedy-drama. the outlaws at BFI & Radio Times Television Festival at Waterloo’s BFI IMAX.

the outlaws was the BBC’s biggest comedy release of 2021 with 11 million streams on iPlayer and returns for a second series on June 5.

Following directly from the first series, the outlaws They still have time to serve community service in Bristol and must suffer the consequences of their actions when the mysterious drug lord, played by Claes Bang, comes to get their money back.

The making of the comedy-drama was unique in that the cast and crew were set to film the first series, but the pandemic put plans on hold.

Then, during the hiatus, Merchant wrote the entire second series, and once restrictions were lifted, they shot both back-to-back.

Merchant said: “Well, it turns out that filming two series of a show under a pandemic is a nightmare, and I would suggest no one ever does it.”

“Particularly if one of the key members of your cast is 79-year-old Oscar winner Christopher Walken, because every day you’re on a razor’s edge hoping he doesn’t get covid.

“If someone looks like they’re going to sneeze near them, you jump in front of them like you’re taking a bullet for the president. You’re always on a knife edge that one of your cast could die, it’s like being in real life. squid game.”

a big blow to the outlaws was the unexpected casting of Hollywood legend Christopher Walken in a major role, playing the witty con man Frank Sheldon.

On working with Christopher Walken, Merchant joked, “He wrote me a letter, ‘Dear Steve, I’d love to do anything you have in mind.’

Everybody does that, I have a big stack of cards. It is shameful.”

He added: “I went to see him in Connecticut where he made me an omelet, no big deal. We sat there and asked each other questions, he is a very thoughtful man, very calm and meditative. It was like having a Zoom conversation in person, you’re never quite sure if he was thinking or buffering. He seemed to like her and we got on pretty well, so next thing I knew he was in Bristol, which is pretty crazy.”

The series, written by Merchant, is masterful in the way it walks the line between comedy and drama.

Merchant talked about how the tragic and the comic can coexist in real life as well as on television, using the anecdote from his grandmother’s funeral as an example of this.

He said: “We were in the hearse on the way to the cemetery and I was in the back with my family and the coffin. There was a driver and the vicar who was taking the event and I could hear them talking through the glass.

“The driver said: ‘Hey Vicario, do you drive?’ and the Vicar said: ‘No, I had to choose between drinking and driving. I chose to drink.

They were laughing and I was sitting there listening to this through the glass and thinking, my dead grandmother is back here.”

the outlaws Season 2 will air on BBC One on June 5, with all episodes coming to BBC iPlayer.