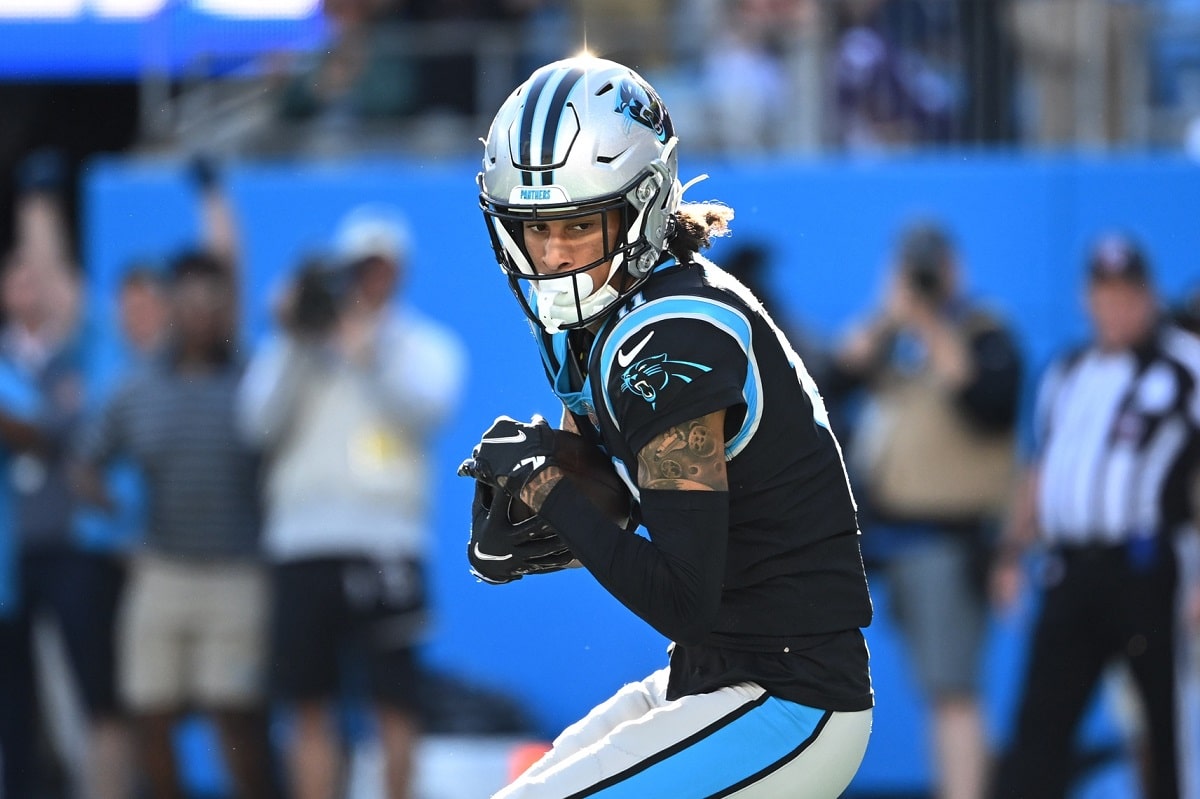 The Chicago Bears have seen the wide receiver market go haywire this offseason. Several big names have been traded in the last two months, including Amari Cooper, Robert Woods, Davante Adams and Tyreek Hill. If that wasn’t enough, the rumor continues to mount that Deebo Samuel of the San Francisco 49ers could be on the move shortly. Former New York Giants first-round pick Kadarius Toney, too. It seems that the possibilities are endless.

Now, another notable name has entered the scene. According to insider Charles Robinson of Yahoo Sports, there is a belief that the Carolina Panthers are ready to move on from wide receiver Robby Anderson if a decent enough offer is made. The 28-year-old was excellent in 2020, with 1,096 yards. Things slowed down big time last season, albeit with just 519 yards. Much of that can be attributed to the team’s ugly quarterback situation, which has Anderson frustrated.

“I think that if someone made an offer for Robby Anderson, Carolina would do it”@CharlesRobinson right nowhttps://t.co/PpLVTXrAt0

Carolina may be tired of him.

They have DJ Moore in his place and plenty of optimism for Terrace Marshall, their second-round pick from last year, taking a big step forward. Anderson has two years left on his contract with a salary cap of $10.9 million in 2022. That’s not too bad for any team looking to acquire him. Especially if he can get back to the form he showed two years ago. There is no question that he exhibits the attributes that Chicago is looking for. Lots and lots of speed.

Anderson clocked in the mid-range of 4.3 coming out of Temple. That shows in the field. He’s arguably one of the most overlooked deep threats in the NFL, as he’s been saddled with a tough quarterback game for most of his career. He started with Ryan Fitzpatrick, then Josh McCown, then Sam Darnold. The only decent option of his to date was Teddy Bridgewater and that was the year he finally got 1,000 yards.

The Chicago Bears may love that Justin Fields is throwing Anderson.

If there’s one thing the young quarterback does very well, it’s throw the ball deep. He has the arm strength and accuracy to hit targets 40 to 50 yards down the field consistently. He tried to envision the idea of ​​Anderson and Darnell Mooney on the field along with Byron Pringle as a third option. If the offensive line could be fixed, Chicago could throw bombs at defenses all year long.

Everything lines up. The tradeoff for getting Anderson probably won’t be huge. A Day 3 pick is the ballpark. His contract is not too expensive for this year. He turns 29 in May and is still in his prime. They could do worse if the Chicago Bears were looking for a quick jolt to their passing game at a reasonable price.

It all comes down to how the draft plays out.

General manager Ryan Poles said he would prefer to focus on local talent. That means he’ll probably want to pick a receiver rather than trade him for one. However, if the table doesn’t fall his way in the first round, he might be convinced to spend a later pick to grab someone like Anderson. At least he would give the passing game a little more credibility.